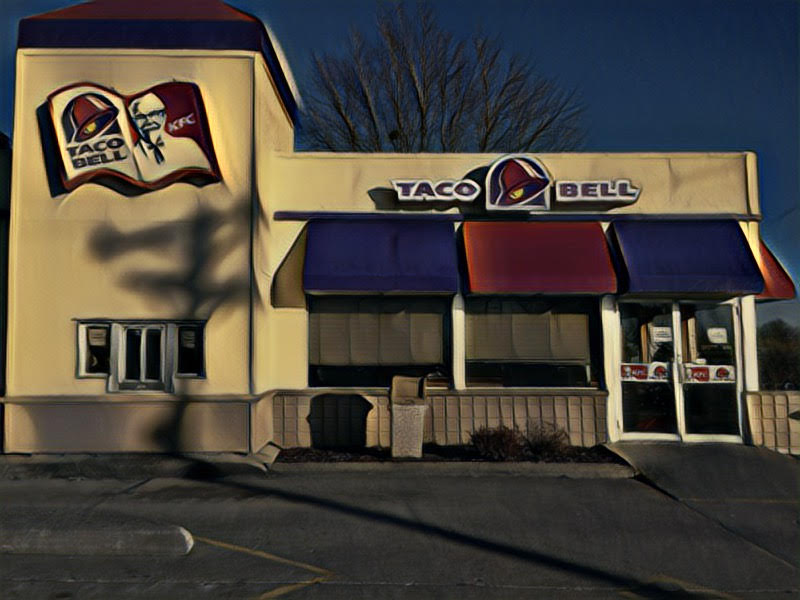 In a recent TikTok video, user Brittanie (@brittanie369) called out Taco Bell, claiming they were “stealing” because they rounded up her order and charged her $0.34 without her knowledge.

The TikTok video has been viewed more than 270,000 times.

“[I] got my receipt, got to looking at it and I was like ‘what the hell is this KFC Foundation $0.34?’” Brittanie said. “Then when I asked the manager about it, she said she was told that they needed to hit this button, and then as our conversation went on and I let her know that was flat out stealing, then now it’s all of a sudden an accident.”

“Check your fucking receipts because they stealing like hell,” Brittanie went on to say.

Brittanie’s video was made in response to another TikTok, where a customer said their change was also taken without their consent for donations.

Taco Bell has not returned The Daily Dot’s request for comment via email and phone call. Yum Brands, the company which operates Taco Bell and KFC, has multi-branded stores that operate as one restaurant, the New York Times reports.

In an email to the Daily Dot, a KFC spokesperson explained that the Round Up campaign takes place through the final two months of the year at participating locations benefiting the KFC Foundation “which provides college scholarships and community grants to organizations across the country.”

“As part of this campaign, customers may be asked to round up their order total to the nearest dollar, and the change is donated to the KFC Foundation,” the spokesperson said. “This campaign is like those that many other restaurants and retailers conduct. Restaurant employees are instructed in the training for this program to always ask the customer if they would like to Round Up and participate in the program. If a Round Up donation is reflected on your receipt in error, it can be refunded to you.

According to the KFC Foundation’s website, the foundation “provides education and hardship assistance to resilient restaurant employees in an inclusive environment.”

In 2020, a Walmart customer put the retail chain on blast for a similar encounter regarding their change being used as a donation without their knowledge. According to the fact-checking site, Snopes, a miscommunication took place and the retailer confirmed that customers should be given a choice of whether or not to receive their change or donate the difference.

The Daily Dot previously reported that some customers believe stores and restaurants use customer donations for tax write-offs. However, according to the Associated Press, stores cannot write off donations from customers because they don’t count as company income.

Some commenters on Brittanie’s video, who claimed they have experience working at Taco Bell, said the restaurant should have asked if she wanted to make a donation before taking her change.

“[I’m an] ex Taco Bell GM,” one commenter said. “They are supposed to ASK if you want to round up they not asking [because] they get a fat bonus for all the money they make.”

“Wow I work for Taco Bell KFC and they’re supposed to ask you, not take your change,” another commenter said.

One thought on “KFC/Taco Bell Accused of Stealing from Customers”