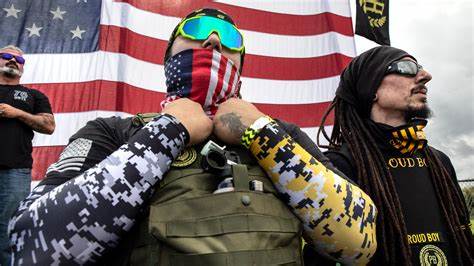 A drag storytime event scheduled at an Ohio church was cancelled after the Proud Boys, the right-wing extremist group, said they would protest the event.

Cheryl Ryan, the school manager for Red Oak Community School, said the event was cancelled following disagreements about “how this community could be best protected,” according to the Associated Press. The “Holi-Drag Storytime” event was scheduled for Saturday morning at the First Unitarian Universalist Church of Columbus, the outlet reported.

The Proud Boys said last month that they would attend and protest the event, per the AP. On Saturday, videos of the protest shared by independent reporter Brendan Gutenschwager showed some participants flashing the white power sign to cars passing by in the Columbus neighborhood.

Ryan said the cancellation occurred after some involved in the event wanted a police presence, while other on the “community defense team” of volunteers felt unnerved by the presence of officers, per the AP.

The event was scheduled to feature three local drag performers who would read children’s stories and perform a “few holiday numbers” in the family-friendly event to “normalize and celebrate the beautiful diversity of the gender spectrum,” the AP reported. Ryan said the school sold nearly a thousand tickets and raised over $5,000 for an LGBTQ charity, according to the outlet.

Videos on Twitter showed the group of Proud Boys, along with Patriot Front and White lives Matter Ohio, clashing with counter protestors as well as people driving by. Local police was present in the area.

Proud Boys have arrived outside the church where the drag storytime event was to be held here in Columbus, Ohio pic.twitter.com/NTVeRgH4l3