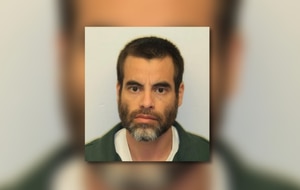 A former Marine was arrested for allegedly shooting a 15-year-old boy that knocked on his door while campaigning door-to-door for Sen. Raphael Warnock in Georgia on Thursday.

Jimmy Paiz, 43, was charged with aggravated assault and aggravated battery for the shooting. He is being held on a $5,700 bond in the Chatham County Jail.

Police responded to a call at Paiz’s Savannah home at about 5:35 p.m. for a report of gunfire. Upon arrival, they discovered the teen had been shot in the leg.

Savannah police said the boy was campaigning for Raphael Warnock ahead of the upcoming run-off election between Warnock and Herschel Walker. Paiz, a former Marine, fired a shot through a closed door, hitting the victim.

The teen was brought to Memorial Medical Center and treated for non-life-threatening injuries.

“At this point, there is no indication the shooting was politically motivated,” police said in a statement. The shooting remains under investigation.

CNBC reports that Paiz served nearly 17 years in the marines and did several tours in Iraq. He retired in 2014 as a staff sergeant. A Facebook post by the Traumatic Brain Injury Center of Excellence from 2020 features a segment of the “Picking Your Brain” podcast with Paiz discussing his post-traumatic stress diagnosis.

In a statement to NBC News, Warnock’s campaign expressed the senator’s sadness over the shooting incident.

“I am praying for the victim and their family and wish them a full recovery,” he said.