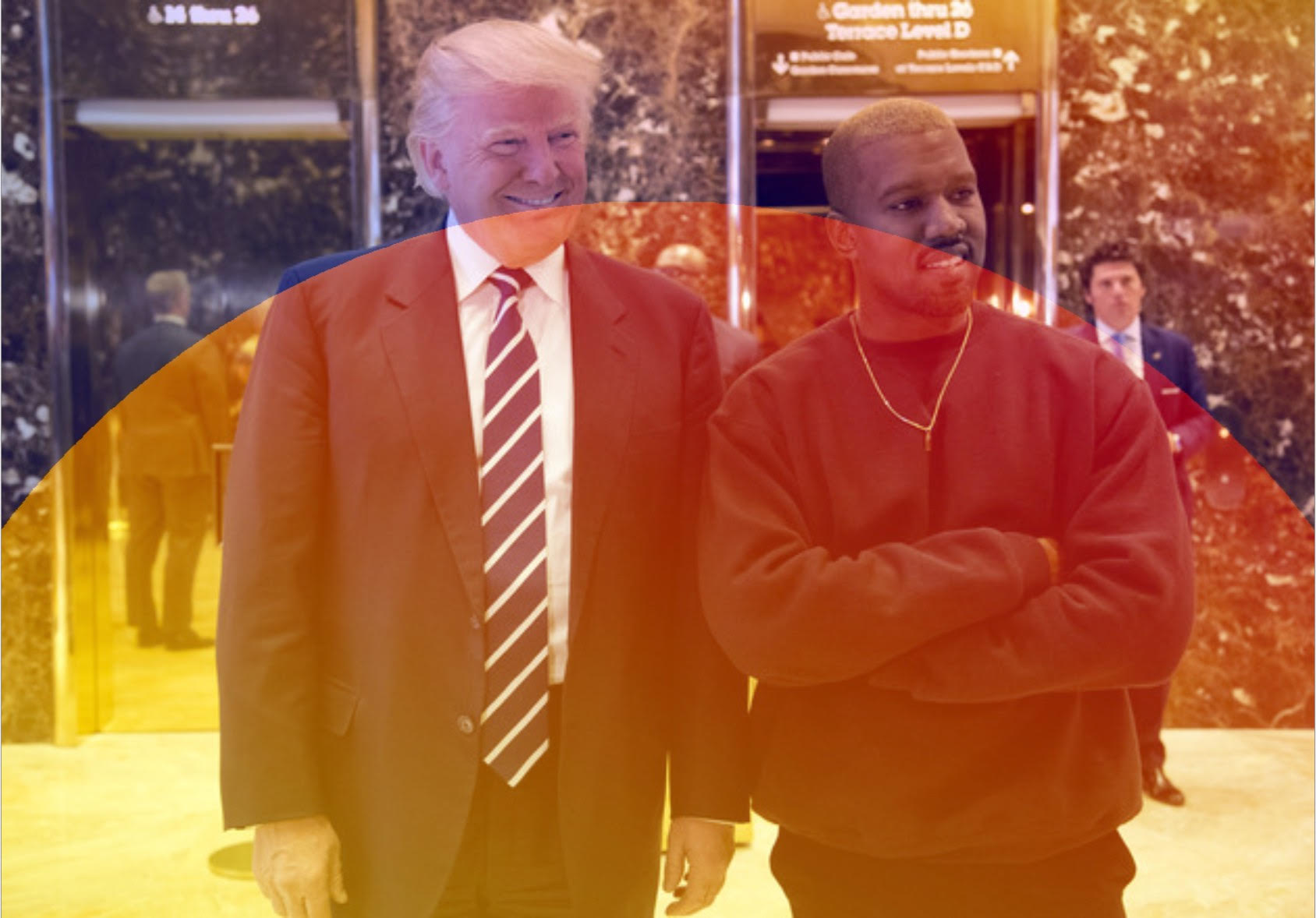 Donald Trump lashed out at Kanye West for inviting notorious Holocaust skeptic and white nationalist Nick Fuentes to dinner at Mar-a-Lago — fuming that the rapper was trying to “f–k him” over by bringing the uninvited guest.

The ex-president, 76, was “totally blindsided” by Fuentes’ presence at the dinner, which was described as “a total setup,” a confidant speaking anonymously told NBC News.

“He tried to f— me. He’s crazy. He can’t beat me,” Trump said, according to the source, making an apparent reference to West’s supposed 2024 White House run.

Some aides had advised Trump against meeting with West, who has come under fire for making a series of anti-semitic remarks which cost him lucrative sponsorship deals with Adidas and Balenciaga, but the ex-president ignored all the warnings.

Trump and West reportedly were supposed to meet one-on-one in the club’s library, but Trump, eager to show off his celebrity guest to his paying club members, decided to hold court on the club’s main patio dining area.

Alt-right provocateur Milo Yiannopoulos, who is now working on West’s campaign, boasted to NBC that he was the one who had set up the dinner “just to make Trump’s life miserable.”

“I wanted to show Trump the kind of talent that he’s missing out on by allowing his terrible handlers to dictate who he can and can’t hang out with,’ Yiannopoulos said.

“I also wanted to send a message to Trump that he has systematically repeatedly neglected, ignored, abused the people who love him the most, the people who put him in office, and that kind of behavior comes back to bite you in the end.”

Former Trump campaign aide Karen Giorno was also involved in the meeting and claimed that she did not realize who Fuentes was until it was too late.

At the time, according to NBC, she thought to herself: “I’m going to kill Milo.”

Giorno said that she tried to draw Fuentes and another person who accompanied West to the bar area so that Trump could dine with the rapper one-on-one.

But Trump said it was up to West whether he wanted his pals to join them at the table, and the “Donda” artist reportedly said, “Let’s all eat,” to which Trump was said to have replied: “Great. Let’s go out to the patio.”

In a video shared on Twitter after the meeting, West, who is now officially known as Ye, said he told Trump he was running for president in 2024 — and offered the former commander-in-chief the role of his running mate.

In the same video, West also claimed that Trump was “really impressed” with Fuentes, whom he described as a real “loyalist” of the ex-president, unlike some of the other people in his circle.

In an interview with Fox News Digital Tuesday, the former president insisted that he had “never heard of” Fuentes.

“I had no idea what his views were and they weren’t expressed at the table in our very quick dinner, or it wouldn’t have been accepted,” Trump said.

Trump later took to his social media platform, Truth Social, to claim that West came to him asking for advice about his business “difficulties.”

“We also discussed, to a lesser extent, politics, where I told him he should definitely not run for President, ‘any voters you may have should vote for TRUMP.

“Anyway, we got along great, he expressed no anti-Semitism, & I appreciated all the nice things he said about me on ‘Tucker Carlson.’ Why wouldn’t I agree to meet? Also, I don’t know Nick Fuentes.”

On Tuesday, Senate Republican Leader Mitch McConnell told reporters, “There is no room in the Republican Party for anti-Semitism or white supremacy,” and “anyone meeting with people advocating that point of view, in my judgment, are highly unlikely to ever be elected president of the United States.”

House Republican Leader Kevin McCarthy echoed McConnell’s remarks, saying, “I don’t think anyone should have a meeting with Nick Fuentes, and his views are nowhere within the Republican Party and within this country itself.”

New Hampshire Gov. Chris Sununu blasted Trump’s dinner as “absolutely reprehensible” and argued that it made him “less electable” in 2024.

In the wake of the scandal, Trump’s fledgling campaign is rushing to put in place new protocols to ensure that those who meet with him are fully vetted and approved, people familiar with the matter told NBC.

Under the new system, a senior campaign official will be present with Trump at all times during his engagements.