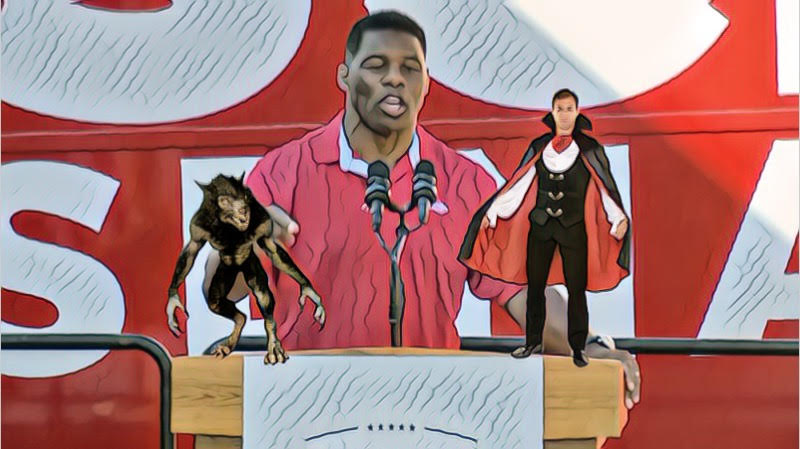 “Since the last time I was here, Mr. Walker has been talking about issues that are of great importance to the people of Georgia,” said Obama at the rally. “Like whether it’s better to be a vampire or a werewolf.”

Obama added: “This is a debate that I must confess I once had myself … when I was seven. Then I grew up.”

The former president was referencing a speech by Walker where he attempted to tie a fantasy movie he watched to the Georgia Senate runoff.

In the speech, Walker described a movie where a person tried unsuccessfully to defeat a vampire, whom he compared to his opponent Warnock, using holy water and a cross.

The former NFL running back said that the vampire fighter failed because he didn’t have “faith,” calling on his supporters to have faith in their “fellow brother” and in elected officials.

Walker also mentioned that werewolves can defeat vampires, saying that he wants to be a werewolf after that discovery.

Obama responded to the comment during his speech on Thursday, saying: “As far as I’m concerned, he can be anything he wants to be, except for a United States senator.”

“This would be funny if he weren’t running for Senate,” added the former senator for Illinois.

The high-stakes runoff election between Walker and Warnock will end with balloting on Tuesday.

One thought on “Obama Mocks Herschel Walker Over Vampire/Werewolf Talk”