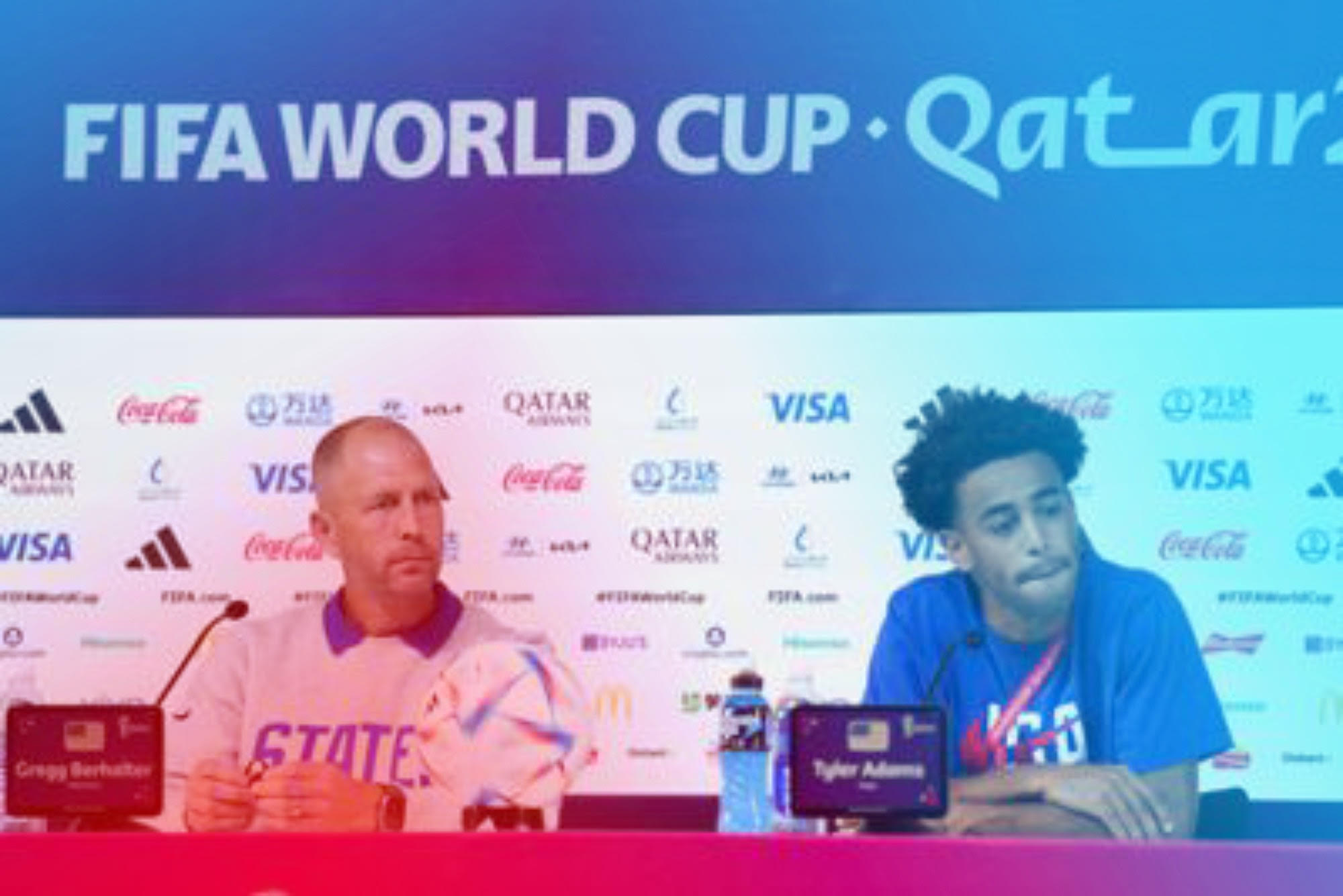 During a press conference ahead of the Tuesday World Cup match between Iran and the U.S., Iranian reporters pelted a series of political questions at the American team’s leaders.

U.S. head coach Gregg Berhalter and captain Tyler Adams fielded inquiries about government relations between the two countries, as well as their personal opinions on the subject in a presser that veered sharply away from routine pre-match discussion. Berhalter and Adams responded thoughtfully, emphasizing that they were focused on the upcoming match and did not have a hand in decisions made by U.S. soccer officials or the U.S. government.

“We support Iran’s people and Iran’s team. But that being said, we’re laser-focused on this match, as they are as well,” Adams said during the Monday press conference at the Qatar National Convention Center.

In a notable exchange, an Iranian journalist from PressTV corrected Adams’ pronunciation of “Iran” (Adams had said “eye-ran” rather than “ee-rahn”) before asking him about racism within the U.S.

“First of all, you say you support the Iranian people but you are pronouncing our country’s name wrong. Our country is named Iran, not Iran. Please, once and for all, let’s get this clear,” said the journalist from the Iranian state-owned Press TV. “Second of all, are you okay to be representing a country that has so much discrimination against black people in its own borders?” the state reporter continued.

Adams immediately apologized for mispronouncing the country’s name, and offered his perspective as an African-American who grew up in a white family.

“There’s discrimination everywhere you go,” he said. “In the U.S., we’re continuing to make progress every single day…through education, I think it’s super important. Like you just educated me now on the pronunciation of your country. It’s a process. As long as you see progress, that’s the most important thing.”

At one point, an Iranian journalist asked about a social media post from the U.S. Soccer Twitter account that controversially included an edited Iranian flag image without the symbol of the Islamic Republic. (The account removed the post and has since posted the unedited flag.)

“The players and the staff knew nothing about what was being posted,” Berhalter replied. “Sometimes things are out of our control. We believe that it’s going to be a match [in which] the result will depend on who puts more effort in, who executes better on the field, and we’re not focused on those outside things. And all we can do on our behalf is apologize on behalf of the players and the staff.”

The oppositional questions continued. One reporter claimed that, due to “the high rise of inflation and economic problems,” there was “no support of your team” within the U.S. (In response, Berhalter cited the roughly 20 million people who watched the game between the American team and England.) A reporter called the U.S. team “unprofessional” for closing its training to the press after 15 minutes the night before, though that practice is widespread and in accordance with FIFA rules. Someone even asked Berhalter why he had not pressured the U.S. to remove a specific Naval presence near Iran.

Tyler Adams mispronounced Iran and was called out by an Iranian journalist – who followed up with a question on discrimination in the United States.

The Iranian journalists present were a mix of representatives from state media and other sources. All media in the country faces tight governmental rules and restrictions—in its 2022 Press Freedom index, the international group Reporters Without Borders ranked Iran 178 out of 180 countries. Since mid-September, Iranian protesters have been demonstrating against the government and its abuse of womens’ rights.

Tuesday’s match between the U.S. and Iran determines which team will move onto the Round of 16. The U.S. will need to win to advance, while Iran will need to either win or draw.