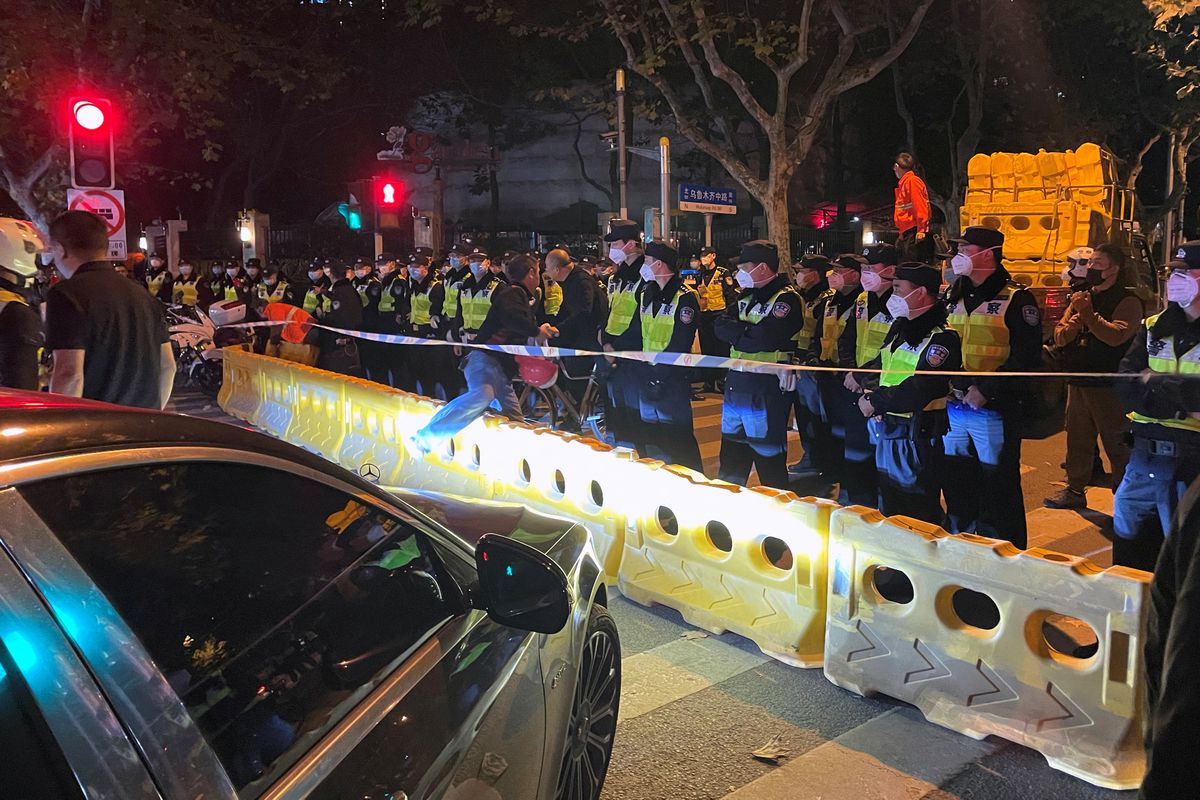 The BBC said Chinese police had assaulted one of its journalists covering a protest in the commercial hub of Shanghai and detained him for several hours, drawing criticism from Britain’s government which described his detention as “shocking”.

China disputed the account and said the journalist had not identified himself as a reporter.

“The BBC is extremely concerned about the treatment of our journalist Ed Lawrence, who was arrested and handcuffed while covering the protests in Shanghai,” the British public service broadcaster said in a statement late on Sunday.

A statement from the BBC on what happened to me in Shanghai last night while doing my job.

I understand at least one local national was arrested after trying to stop the police from beating me.

Thanks very much for the kind words and messages of concern. https://t.co/weoDAMakvO

“He was held for several hours before being released. During his arrest, he was beaten and kicked by the police. This happened while he was working as an accredited journalist.”

Protesters have taken to the streets of Shanghai, Beijing and other cities in recent days to demonstrate against heavy COVID-19 measures, a show of civil disobedience that is unprecedented since leader Xi Jinping assumed power.

“According to authorities in Shanghai, the journalist in question did not reveal his journalist identity at the time, he did not openly show his foreign press card,” he added.

“When the incident happened, law enforcement personnel asked people to leave, and when certain people did not co-operate, they were taken away from the scene.”

This one shows that the journalist being arrested by the Shanghai police while telling his friend to “ Call the consulate now” pic.twitter.com/1PAeOFNTyx

Foreign reporters in China are required to carry government-issued cards identifying themselves as accredited journalists when covering news events.

The detention of the journalist was “shocking and unacceptable”, a spokesman for British Prime Minister Rishi Sunak said on Monday.

Britain will raise concerns with China about the response to protests while continuing to seek constructive relations with Beijing on other issues, the spokesman said.

“The arrest of BBC journalist Ed Lawrence in China is deeply disturbing. Journalists must be able to do their job without intimidation,” he said.

The Foreign Correspondents’ Club of China said it was “very disappointed and frustrated at the increasing barriers placed on foreign journalists operating in China and the aggression displayed towards them by police”.

The BBC, in its statement before the Chinese ministry comment, said it had not been given a credible explanation for Lawrence’s detention.

“We have had no official explanation or apology from the Chinese authorities, beyond a claim by the officials who later released him that they had arrested him for his own good in case he caught COVID from the crowd,” it said.

A Reuters journalist was also detained for about 90 minutes on Sunday night, before being released.