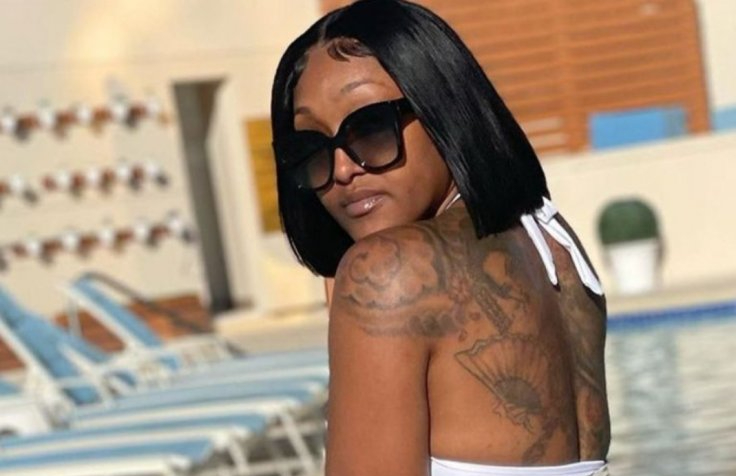 When a 25-year-old North Carolina woman died suddenly while vacationing with friends in Mexico last month, the pals told her mom she had passed away after drinking too much.

“They said she wasn’t feeling well. She had alcohol poisoning,” Shanquella Robinson’s mother, Salamondra, told WJZY last week. “They couldn’t get a pulse. Each one of the people that was there with her was telling different stories.”

But a death certificate obtained by the local outlet reveals that Robinson died from a “severe spinal cord injury and atlas luxation,” that is, a loosening or detachment of her first vertebra from the base of the skull.

“When the autopsy came back, they said it didn’t have anything to do with the alcohol,” Salamondra said. “[They] said that she had a broken neck and her spine in the back was cracked. She had been beaten.”

On Tuesday, Gerald Jackson, a blogger in North Carolina, published video footage allegedly showing a violent fight between Robinson and another woman, purportedly taken in the moments before Robinson’s death. The clip, which has raised further questions about the circumstances surrounding the young entrepreneur’s mysterious death, was sent to Jackson by “someone who was in the room that sent it to an individual family member they are friends with,” he told reporters via email.

“Quella, can you at least fight back? At least something?” an unidentified male voice can be heard saying in the background as the one-sided assault continues.

Robinson’s father, Bernard, confirmed to The Daily Beast that the woman being assaulted in the video is indeed his daughter.

The Daily Beast reached out to the other people on the trip but received no responses. One person there, a 25-year-old Charlotte resident, took to social media to deny any involvement, claiming he didn’t arrive until the next day.

What’s known is that Robinson, who ran a hair braiding business for children in Charlotte, flew to San Jose del Cabo with six friends on Oct. 28 to celebrate one of their birthdays, according to reports. The group had rented a villa online and planned to stay for a long weekend. Salamondra Robinson told WJZY that Shanquella and her friends stayed in on the night of their arrival, a Friday. A private chef was cooking them dinner, and all seemed well, Salamondra said.

The next day, Shanquella never called, as she had promised. Instead, one of her friends got in touch with Salamondra and said a doctor was en route to the villa.

The death certificate said Shanquella had been “found unconscious in her living room,” but included nothing about alcohol poisoning or any intoxication, according to WJZY, which said the doctor who showed up attempted to revive Robinson by performing CPR, to no avail.

Jackson said he had shared the video of the fight with Robinson’s parents.

“How could they do this to my baby?” Bernard Robinson told The North Carolina Beat, Jackson’s website. “They all need to be in jail right now in Mexico and they shouldn’t have been let go.”

For her part, Salamondra told WJZY last week, “I probably won’t be at ease until someone’s arrested.”

However, the State Department has reportedly said Mexican authorities don’t believe there is any clear evidence that foul play was involved in Robinson’s death.

The rest of the group returned to the U.S. from Mexico, but Robinson’s body stayed behind. Her parents reportedly got their daughter’s remains back two weeks and $6,000 later.

No arrests have been made.