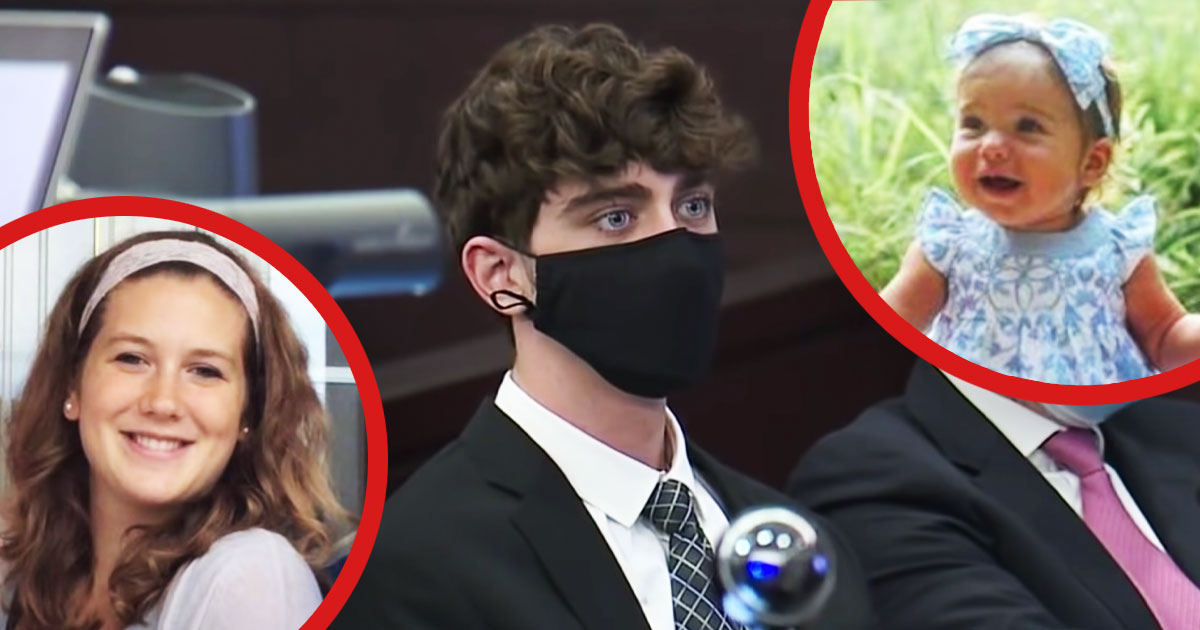 A 21-year-old Florida street racer who struck and killed a mother and her 20-month-old daughter has developed a bizarre social media following from around the world who seemingly believe his 24-year prison sentence was too harsh.

Cameron Herrin, now 21, was sentenced in April for racing with a fellow student in Tampa in his brand-new Ford Mustang – a high-school graduation present – and slamming into Jessica Reisinger-Raubenolt, 24, who was pushing her daughter Lillia in a stroller across a road in 2018.

During Herrin’s sentencing hearing, the judge said that the 21-year-old’s track record of excessive speeding contributed to his decision to put him behind bars for 24 years – six years short of the maximum sentence.

By July, comments with the hashtag “Cameron Herrin” and “justice for Cameron” inundated the social media pages of local news outlets and authorities involved with the case, the Tampa Bay Times reported.

Some posts claimed Herrin – who pleaded guilty to vehicular homicide in December – was “too cute” to go to prison.

At the end of that month, there were at least 100,000 tweets about Herrin while videos related to him on TikTok were viewed 1.7 billion times, according to the paper. Twitter has since suspended 900 accounts – removing more than 90,000 tweets – that posted content about Herrin for violating its platform manipulation and spam policy.

A verified TikTok account seemingly belonging to Herrin has amassed 2 million followers despite having no content published.

Herrin’s mother, Cheryl, told the paper that the interest in her son is “almost like an obsession, an unhealthy obsession.” She said that she’s received phone calls at home in the middle of the night from people in Middle Eastern countries who support her son.

Experts told the Times that while some of the social media accounts belonged to real people, others appeared to have only been created in July. They said much of the interest surrounding Herrin online bears similarities to digital manipulation campaigns, adding that the ultimate motive for the intense interest is difficult to pin down.