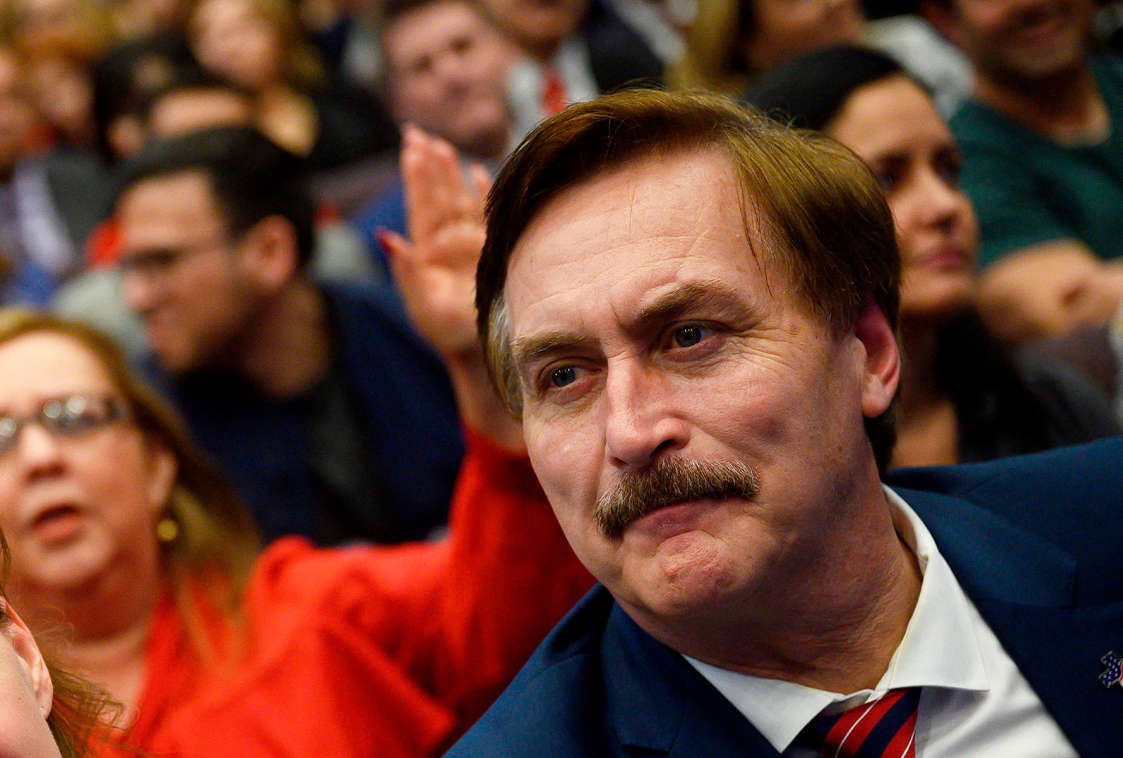 Conspiracy theorist and MyPillow CEO Mike Lindell has promised that following his bigger-than-Elvis “cyber symposium” in mid-August, President Joe Biden and Vice President Kamala Harris will resign, blown away by his thus-far-nonexistent “evidence” that China rigged the entire 2020 presidential election.

Lindell’s remarks came Wednesday morning on Steve Bannon’s “War Room: Pandemic” podcast. “It gives me hope that even your Democrats, they’re seeing now first-hand what government can do and how bad socialism and communism can be,” he said.

“When we get through this, and the Supreme Court pulls down this election — like I’ve been telling everybody — when they do this, it’s going to be a great uniting, and that gives me hope,” Lindell continued.

Next, the man who has brought restful sleep to millions turned to the great unresolved question, which he defined this way: “How are the pathways of Donald Trump coming back?” Lindell’s first answer is that “once we have the symposium, by the night of the 12th or the morning of the 13th, if everyone has seen it, including the administration that’s in there now that didn’t win — maybe, you know, Biden and Harris would say, ‘Hey, we’re here to protect the country and resign!'”

In a subsequent phone interview with Salon on Wednesday afternoon, Lindell appeared confused over the presidential line of succession, saying that House Speaker Nancy Pelosi — third in line after the president and vice president — wouldn’t have to resign because she wasn’t a part of the “cyber attack.” (After Pelosi would come Senate President pro tempore Patrick Leahy, also a Democrat, followed by the Cabinet officers, beginning with the secretary of state. Donald Trump is not on the list.)

Posing a hypothetical about Vice President Harris, Lindell asked, “What would you do if you were her, when it happened and you weren’t the real winner — would you give the award back, Zach?” He insisted once again that his motivations are not partisan. “I am of good moral character,” he added, saying that he would be “sounding the alarm” if Republicans attempted to steal the election.

Lindell further clarified that in his view Biden and Harris are not to blame for the supposedly fraudulent election, which was “all China’s fault.” He added sternly, “China took our election. China attacked our country!”

7 thoughts on “Mike Lindell Vows that Biden and Harris will Resign after Seeing his “Evidence” on Aug. 13”