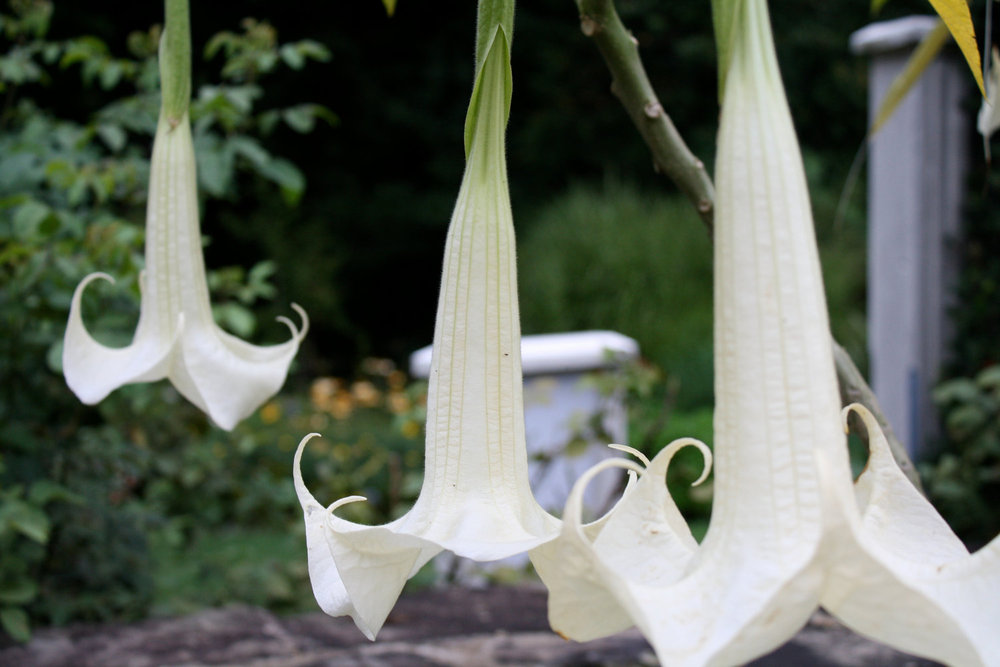 TikTokers have tried some pretty dangerous trends, from chugging Everclear to shaving their teeth down with nail files.

The app’s latest cautionary tale comes from a flowery photo shoot gone wrong. In a video first posted on Instagram, singer-songwriter Raffaela Weyman and a friend deeply inhaled the scent of a giant yellow bloom.

“I hope you inhale my EP just as deeply as we inhaled the delicious smell of this flower,” wrote the singer, who goes by Ralph on social media.

But behind the scenes, the sweet aroma turned out to have some unpleasant, mind-altering effects.

“When we arrived at our friend’s birthday, we both suddenly felt so f-cked up and had to leave,” Weyman shared in a TikTok that received more than 57,500 likes as of Tuesday morning.

“Turns out the flower is super poisonous and we accidentally drugged ourselves like idiots.”

The flower contained a potentially deadly hallucinogen and narcotic

The next day, Weyman identified the flower as an Angel’s Trumpet, also known as burundanga or “Devil’s Breath.”

The sweet-smelling bloom contains scopolamine, a hallucinogen and narcotic that VICE News compared to “the worst roofie you could ever imagine, times a million.”

The drug can cause a “zombie-like state” marked by hallucinations, amnesia, and a loss of free will, according to Drugs.com. VICE reported that the user might appear perfectly fine to others, despite their lack of control over their actions.

After leaving the party, Weyman said she experienced vivid nightmares and sleep paralysis. She was relatively lucky, considering that large doses of scopolamine can cause prolonged unconsciousness, respiratory failure, and death.

Despite its poisonous contents, Devil’s Breath is legal to grow in most US states. Weyman came across the flower in the Silver Lake neighborhood of Los Angeles, according to her Instagram caption.

In small amounts, extracts from the plant have been known to help with nausea due to motion sickness or anesthesia. Doctors can prescribe a patch containing 1 milligram of scopolamine that absorbs through the skin over a few days.

The treatment has also been used off-label to help with other forms of nausea, as well as asthma attacks and excessive sweating.

2 thoughts on “Woman Smells Flower and Gets Severely Ill”