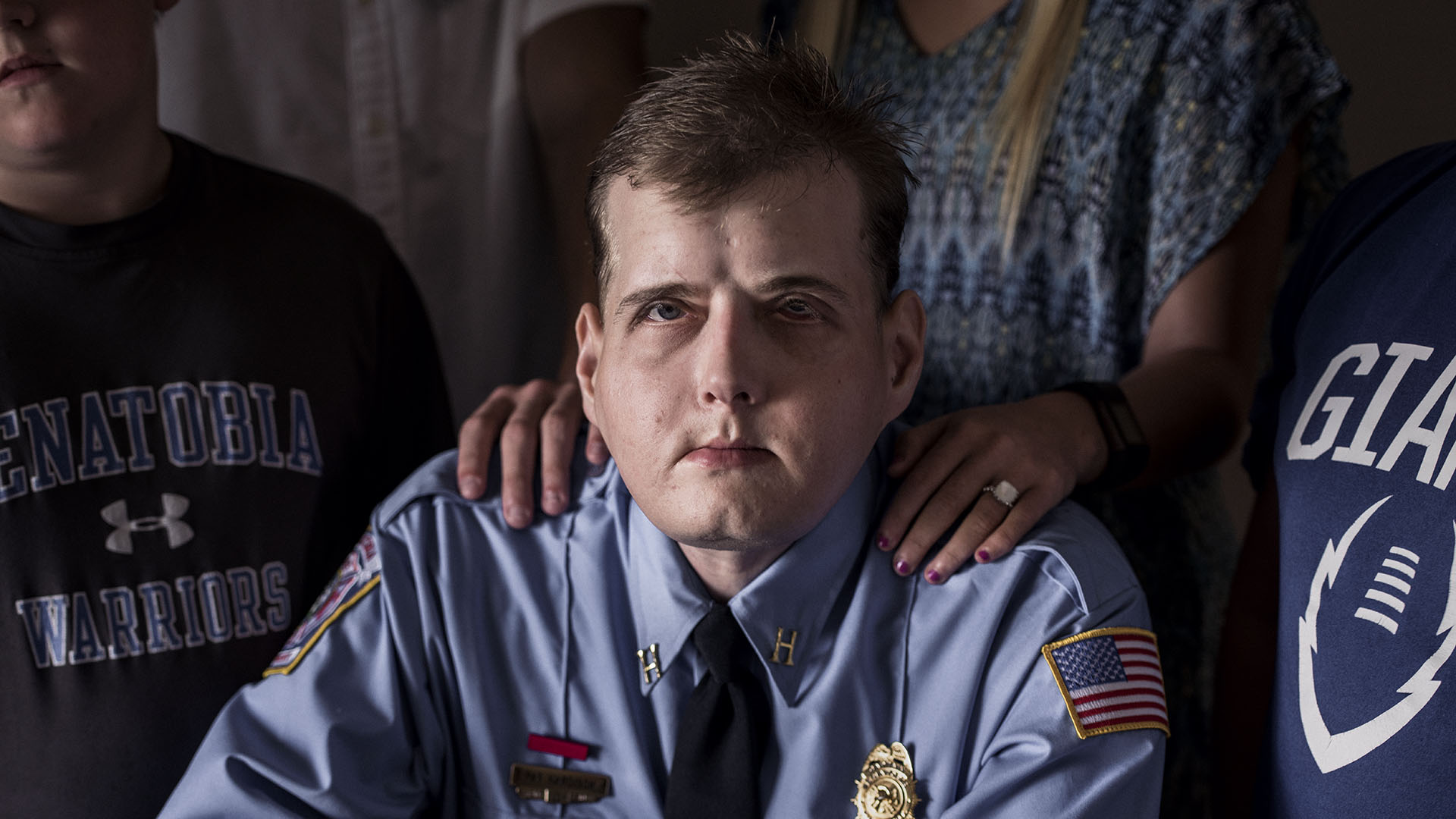 Volunteer firefighter Patrick Hardison has opened up to Fox News about how one of the most extensive face transplants ever undertaken has changed his life.

In an attempt to rescue a trapped woman inside a burning building, the father-of-five ran inside the house in his hometown of Mississippi.

The burning ceiling collapsed on his head, which resulted in horrific burns. The 43-year-old recalls jumping out the window as his helmet and face mask melted his face. “I remember everything”, he said.

His eyelids, lips, nose, and ears were burned off which forced Patrick to spend over two months in a burns unit – doctors attempted to replace the flesh on his face by using skin from his thighs.

He was so badly burned that his fellow firefighters didn’t even recognise him.

Patrick explained that he hadn’t seen a mirror for two months after it had happened.

“They had cut a little pinhole in one of my eyelids because they had everything covered, skin graft. I looked in the mirror and all I could do, I said: ‘This is it? I can’t do this’”, he said.

He shared the painful impact on his mental health and how he would have to mentally prepare himself for the outside world every day, “I had kids. It was just a tough time. I never got a day off from the injury,”

“When you walk out in public, it was daily. And, you know, it’s just so – there’s no way to explain everything”, he added.

Dr. Rodriguez said, “Most people know that I’m a very clear, straightforward shooter, and I tell them ‘this operation could kill you.’”

When asked if Patrick had any hesitant thoughts, Rodriguez replied, “No hesitation. On the morning of the operation with our entire team ready to go, I ask him once again, ‘are you sure you want to do this? I can call off the whole thing. I do not want you to feel bad about this’”

Again, Patrick had no second thoughts, “I need this. Let’s move forward.”

Patrick’s life has since transformed since the 26-hour procedure. He is currently working on a book because he wants to “show the world that you can have hope.”

He said, “I wouldn’t want people that were like me years ago to think that’s it, I have to live like this. You don’t. You can accomplish anything.”

“Ninety-seven percent of the people that have facial injuries as significant as mine commit suicide and I understand that, but they also don’t have hope”, Patrick added.