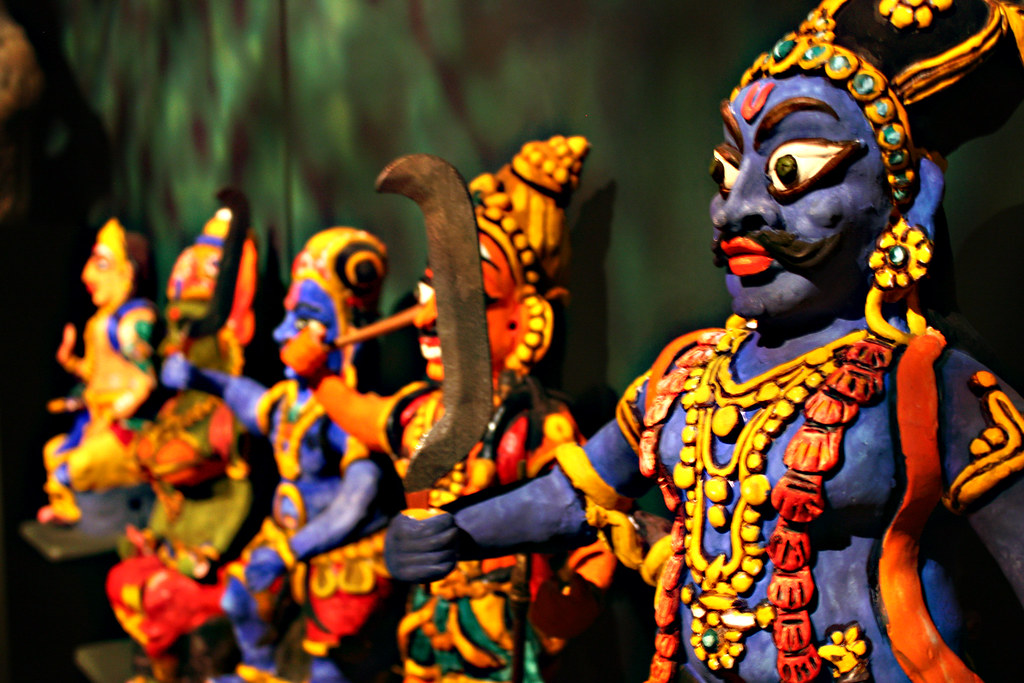 The changing climate has been a stress on human civilizations since they emerged thousands of years ago. When we think of ancient people we often think of wars and illness as the largest reason great nations fall. This is not always the case, however, climate change also accounts for many a society’s ruin.

Such seems to be the case for the central Asian civilizations of the Otrār oasis located at the junction of the Syr Darya and Arys Rivers in what is now southern Kazakhstan.

The region flourished during classical antiquity because of its position on the Silk Road and access to floodwater-irrigated land spanning some 50,000 square kilometers—about twice the size of Mesopotamia. At its height, the region became known as Transoxania and was described as the “land of the thousand cities.”

However, the region fell into stagnation at the end of the Medieval period, with its decline coinciding with a Mongol invasion in the early 13th century. After a partial recovery, Otrār finally collapsed by the 17th century and remains a ghost town today.

But the cause of Otrār’s decline was likely not the changing tides of warfare, but instead the changing climate.

The Sands of Time

In a new study published in the Proceedings of the National Academy of Sciences of the United States of America, an interdisciplinary team of researchers report that the Otrār oasis had already been in a prolonged period of decline long before the Mongols invaded.

The clues lie in irrigation canals that the ancient civilizations of Transoxania relied on for agriculture.

“People and communities lived and were shaped by the environment,” said Mark Macklin, a distinguished professor of river systems and global change at the University of Lincoln in the United Kingdom. “And in the case of central Asia, [they] may be shaped by the availability of water.… If you don’t have water, you don’t have crops, you can’t live.”

Transoxania’s canals were previously thought to have been destroyed by the Mongols during their invasion, helping to precipitate decline in Transoxania. But Macklin and his colleagues were able to determine that much to their surprise, the canals fell into disrepair before Mongols ever set foot in the region. They used a combination of radiocarbon dating and a technique called optically stimulated luminescence (OSL), which dates the last time that sand was exposed to sunlight. “We assumed with our dating that the canals would have been abandoned only when the Mongols arrived,” Macklin said. “But that wasn’t the case. They were already going into disuse probably 100 years before.”

The researchers collected samples from the canals by hammering metal scaffolding tubes into the sediment, being careful to seal both ends from light exposure before they were shipped back to the laboratory for analysis.

“Every handful of sand is radioactive,” said Tammy Rittenour, a professor of paleoclimatology and Quaternary geology at Utah State University whose lab specializes in the OSL technique but who was not involved in this study. When the sand is exposed to the Sun, its luminescence signal is known and effectively “zeroed.” And when the sand is buried—because, say, the canal that was carrying the sand was no longer flowing—it is exposed to the latent radioactivity of the surrounding sediments.

The researchers also reconstructed climate records in the region over the past 2,000 years, which revealed that the canals were abandoned during periods of prolonged drought that both weakened the civilizations before the Mongols arrived and stunted their recovery afterward. Archaeological records further corroborated the coincident timing of the region’s cultural decline.

Climate conditions likely interacted with regional conflict to influence the rise of Transoxania as well as its fall. Case in point: An Arab invasion between 650 and 760 coincided with a wet period, and the region not only recovered quickly but also actually prospered afterward, Macklin said. “By contrast, when the Mongol army arrived in 1218, there [had been] probably 100–150 years of prolonged drought, and already the place wasn’t in good shape.”

These converging lines of climatic and cultural interactions paint a more nuanced picture of human history in the region, one in which the climate helped shape the legacies of militaristic ambitions. One take-home message of the study is the power of applying multiple dating methods “to ensure you know the age of your features or your deposits, so you can really confirm the results,” said Rittenour. “And that, along with the link to archaeology, cultural changes, and climate, makes this an excellent paper.”

“History never, ever quite repeats itself,” Macklin said. “Our understanding of what happened in the past is informative of what we can say might happen in the future.”

“This research is showing that climate change does have a real impact on society,” he said. “And we can see that very clearly, it can happen very rapidly. You can see it within a generation.”

And, he added, “the rate of climate change [in this study] is significantly less than what we’re seeing now.”