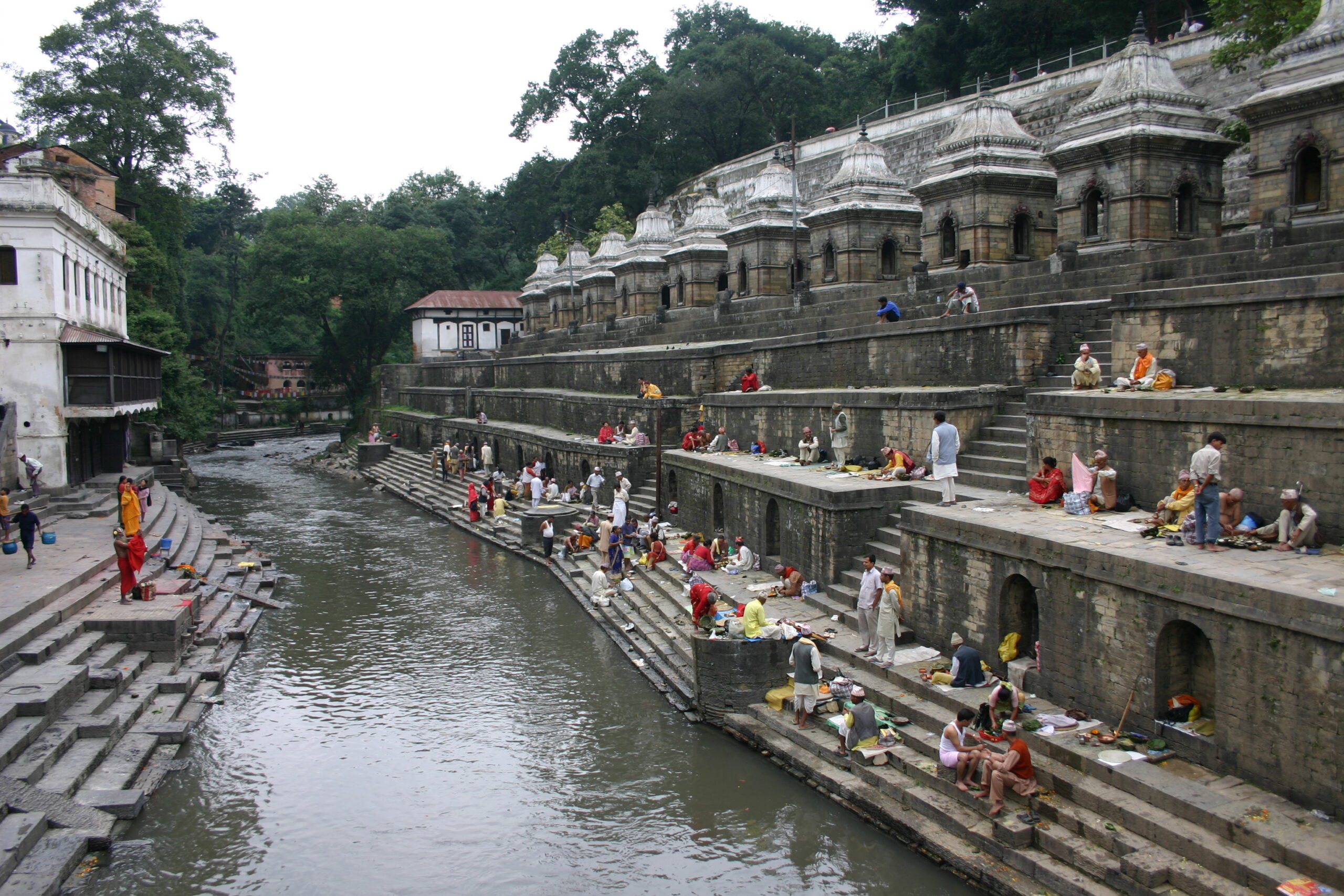 The Ganges is one of the most influential and well know rivers in the world.

Not only does it provide drinking water and irrigating fields for millions, the Ganges River is also extremely important to India’s Hindu population for religious reasons.

The Ganges River is considered their most sacred river, and it is worshiped as the goddess Ganga Ma or “Mother Ganges.”

However, scientists are warning that river contains a dangerous cocktail of antibiotics, anti-inflammatory drugs, and personal care products.

Studies increasingly point to the presence of pharmaceutical and personal care products in urban stretches along the Ganges River, which originates pristine in the Himalayas but is heavily polluted with industrial effluents and domestic sewage when it empties into the Bay of Bengal.

Over three seasons, Doon scientists studied the river waters of two cities in the rapidly industrializing Himalayan state of Uttarakhand: Haridwar, where the Ganges enters India’s northern plains from the Himalayas, and Rishikesh, 21 kilometers away. Haridwar and Rishikesh, with a combined population of 400,000, attract an estimated 20 million tourists and pilgrims annually.

In particular, the scientists analyzed the water at its point of entry into the two cities and at sites before its entry into a sewage treatment plant and after sewage treatment. The study could provide useful baseline data for forecasting and evaluating the efficiency of future antipollution measures of the river basin restoration program, the authors added.

“Compared to previous studies that analyzed samples along various locations along the Ganges, this is the first comprehensive, intensive study in a particular city along the river,” said Surendra Suthar, an associate professor at Doon University and one of the study’s authors.

PPCP concentrations near the cities varied, with the highest measured concentration being 1,104.84 nanograms per liter. Researchers found higher PPCP concentrations at the lower, more populated reaches of the river. The concentrations, especially of anti-inflammatory drugs and antibiotics, were also higher in winter, possibly because of decreased biodegradation associated with lower temperatures and inadequate sunlight, the report said. The study also showed that PPCPs in the region were associated with a higher risk of algal blooms and a moderate risk to the health of river fish.

“The high load of PPCPs during summer and winter could be attributed to the excessive tourist visits for recreational activities and spiritual congregations during these seasons,” according to the report, to be published in Chemosphere in April.

There are few studies on PPCPs in Indian rivers. “Such studies are expensive, as they require sophisticated instruments,” Suthar explained.

“Sewage, treated or untreated, flowing into the rivers is the main polluter,” said Keshava Balakrishna, a professor in the Department of Civil Engineering, Manipal Institute of Technology. Sewage and effluent have long been associated with chemical pollution, as people flush medicines, cosmetics, and hygiene products down the toilet or throw them in the trash. The waste ends up in water treatment plants and landfills and then makes its way into water supplies such as the Ganges.

“Aquaculture, agricultural farms, and pharma industries can be other important sources,” Balakrishna added.

In 2020, Balakrishna’s team reported the presence of PPCPs in two tropical rivers in southwestern India, the Swarna and Netravati, which empty into the Arabian Sea.

Suthar, too, cautions about both toxicity in the food web and the emergence of antibiotic resistance in pathogens contaminating river waters. “If we add up all the individual contaminant levels for 1 liter of water, the collective dose will be very toxic, especially if they bioaccumulate in organisms, including some rare species in the Ganges such as the Ganges dolphins,” he said. “And microbes in the waters will become resistant to the drugs.”

A 2019 global review of PPCPs in rivers reported that “no global legal maximum environmental concentrations exist for pharmaceutically active compounds,” despite poor understanding of the combined acute and chronic effects of PPCPs on flora, fauna, and human health.

The global review went on to say that primary and secondary wastewater treatment plants “generally are unable to remove these pollutants, leading to their migration into drinking water supplies,” and recommended advanced tertiary water treatment processes, such as oxidation and adsorption. It also suggested advanced methods for accurate and continuous monitoring of pharmaceuticals in the environment and strict regulations for effluent release.

In India, most antipollution efforts are directed at surface water treatment and focus on parameters such as chemical oxygen demand, biological oxygen demand, nitrates, and bacteria, said Suthar. “We need a policy that looks at PPCPs too.”

The new Ganges research also echoes recent studies tracing PPCPs on European glaciers, where researchers traced chemical pollutants to the use of perfumes in personal care products like soap. Perfumed soaps and ointments are also associated with PPCPs in Haridwar and Rishikesh, where mass bathing events are part of tourism and pilgrimage activities.

3 thoughts on “Pharmaceuticals Are Polluting the Ganges”