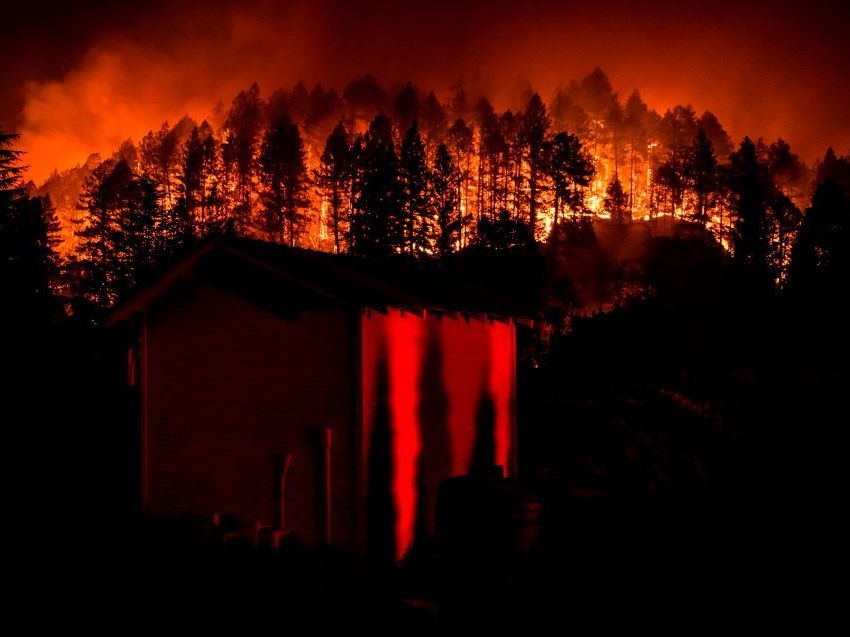 The report is in: 2020 tied with 2016 for the hottest year on record, according to an analysis by NASA published Thursday.

In 2020, the global average temperature was 1.84 degrees Fahrenheit warmer than the mean global temperature for the years between 1951-1980 (which is used as a baseline), NASA scientists at the Goddard Institute for Space Studies (GISS) in New York found.

In addition, “the last seven years have been the warmest seven years on record, typifying the ongoing and dramatic warming trend,” GISS Director Gavin Schmidt, said in a written statement released by NASA.

“The important things are long-term trends. With these trends, and as the human impact on the climate increases, we have to expect that records will continue to be broken.”

The consequences of climate change are dire. For instance, globally, almost 300,000 deaths per year of people 65 and over are due to rising temperatures, according to a recent report in The Lancet. And in 2020, natural disasters resulted in losses of $210 billion, according to an estimate from global insurance company Munich Re.

“I understand that it can feel overwhelming,” says Nasa climate scientist Lesley Ott. “But I think there are a lot of steps and progress that us being made that just sometimes doesn’t make the front page of the newspaper because it’s not very dramatic.”

For example, Ott says, there are advances in energy innovation. There is “quiet progress in technologies behind renewable energies that are making them more efficient and bringing the cost down,” she says.

And more can be done.

“Something we’re hearing a lot is people want to hear the science but they also want to hear solutions, and they want to know what they can do, what their role is,” Ott says. “It can seem like a lot, especially these days, we see so many disasters, we’re sitting home. So, I understand that.”

Though Ott is not a policy expert, she says one thing people can do is properly insulate their homes so as not to have to heat and cool them as much. And consumers can think twice before ordering something online that will be need to be shipped from very far away.

“At NASA we try to stay out of the politics,” Ott says, as NASA’s job is to collect data and understand how the earth works. But voting for representatives in government who prioritize climate change policy is another thing people can do if they are concerned about climate change.

Ott also suggests starting where you are.

“Climate is such a widespread and challenging issue right now, that there are lots of things no matter what your profession that you can do to contribute,” Ott says.

And she encourages people to “look at what’s going on in their own cities, in their own states, and see if there’s some change they can make there.” For example, local activists can advocate for green spaces, reliable public transportation and office or apartment building-wide policies, she says.

“When you team up with other people there’s potentially a greater impact that you can have on the environment through collective action,” she says.

Indeed, there is a lot of work to be done. The billionaire philanthropist Bill Gates says climate change could be worse than the coronavirus pandemic.

“A global crisis has shocked the world. It is causing a tragic number of deaths, making people afraid to leave home, and leading to economic hardship not seen in many generations. Its effects are rippling across the world,” Gates wrote in 2020. “Obviously, I am talking about COVID-19. But in just a few decades, the same description will fit another global crisis: climate change.”

The future is not all bleak, though.

“One reason for optimism is that younger people…know this is a problem, they don’t need convincing,” Ott says. “This is a problem they’re going to inherit and it’s going to be much worse for them later in their lives, and so I think that activism and that awareness is is one reason for for being positive.”