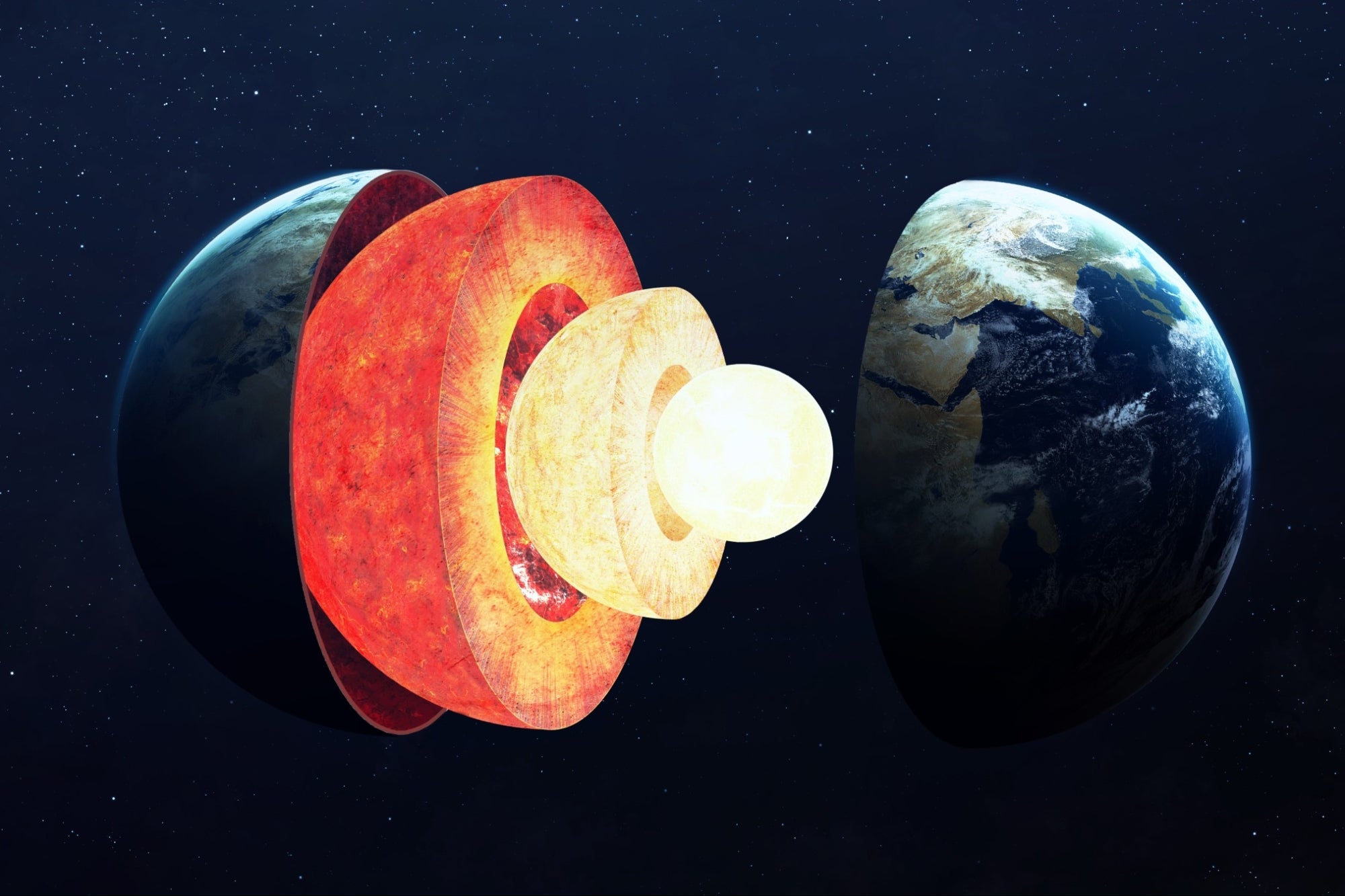 A new study by seismologists at the University of California, Berkeley , has found that the Earth’s solid iron inner core has expanded faster on one side than the other, the reasons are still unknown. However, it is known that this began when it began to freeze for more than 500 million years.

The disproportionate growth was located under the Banda Sea of Indonesia and has removed heat from the Earth’s core there more quickly than on the Brazilian side. When only one side of the world freezes, the crystallization of iron accelerates, causing various consequences in the Earth’s magnetic field .

This field protects us from dangerous particles from the sun because convection in the outer core is driven by the release of heat from the inner core, which today drives the dynamo hypothesis. The discovery arose from the fact that they noticed that seismic waves move faster when they pass between the north and south poles than through the equator.

The experts did a series of computer simulations creating a map showing the growth of the Earth’s core over the last billion years, with this they discovered that the unbalanced expansion has rapidly developed new iron crystals on the east side of the core. .

“The debate about the age of the inner core has been going on for a long time,” said Daniel Frost, assistant project scientist at BSL. “The complication is: if the inner core has only been able to exist for 1.5 billion years, based on what we know about how it loses heat and how hot it is, then where did the oldest magnetic field come from? That’s where this idea of dissolved light elements that then freeze came from ”.