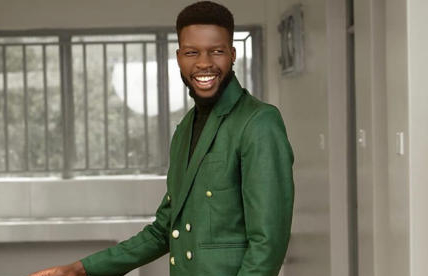 Police in Kenya are investigating whether the LGBTQ rights activist and fashion designer Edwin Chiloba was murdered in a hate crime.

The decomposing body of Chiloba, who had spoken of being attacked in the past, was found in a metal box by the side of road near the town of Eldoret on Wednesday and identified a day later. A moto-taxi driver reported seeing the metal box being dumped by men in a car with no license plates, according to the BBC.

Chiloba has spoken out for gay rights in Kenya, where sex between men is illegal and punishable by 14 years’ prison time. The country’s LGBTQ community, largely suppressed, spoke out against the murder. “Words cannot even explain how we as a community are feeling right now,” the organization Galck+ posted on Twitter. “Another soul lost due to hate. You will be missed.”

Police have not revealed how Chiloba was murdered or how long his body had been in the box before the grim discovery. He last posted on his verified Instagram account on Dec. 29, when he wished his supporters happy holidays.

Many rights groups in Kenya–where more than half of all openly gay people have been assaulted—say Chiloba’s murder was likely politically motivated and linked to his sexuality. “The murder itself was terrible, but the callous way his body was discarded makes the situation all the more mortifying! Edwin’s death reminds us that queer bodies continue to be under attack all over the country,” the country’s Gay and Lesbian Human Rights Commission wrote on Instagram, calling the act “loathsome.”

A police spokesperson told local media outlet The Star that Chiloba was dressed in what she described as “women’s clothing” when his body was found but did not confirm a motive. “We don’t know for now why he was killed that way. Experts are handling the matter,” she said.

A number of Kenyan gay rights activists have been murdered in recent years, including Sheila Lumumba, who was killed last year, trans activist Erica Chandra, and LGBTQ activist Joash Mosoti, both killed in 2021.