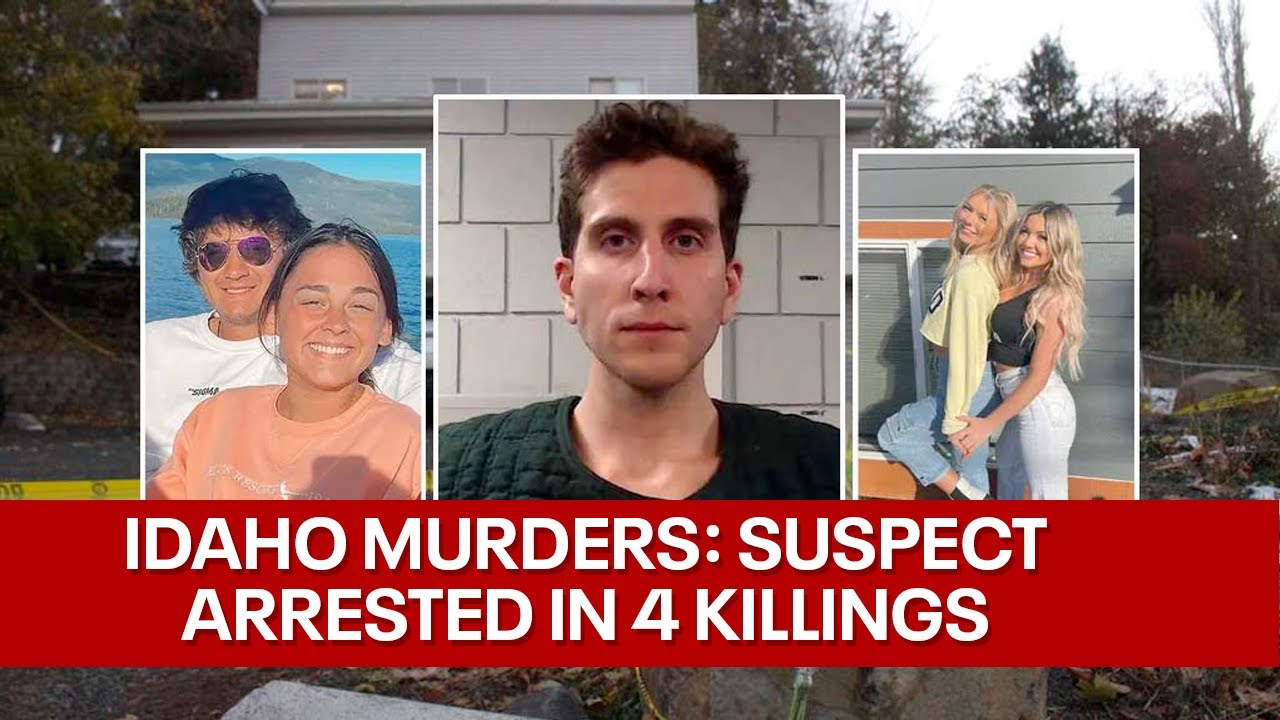 An affidavit unsealed in Latah County on Thursday provided new details about the brutal massacre of four University of Idaho students.

Many of those details came courtesy of the victims’ roommate, identified in the document as D.M., who allegedly told authorities that she came face to face with the suspected killer.

The affidavit contains almost no information however about what the other surviving roommate, referred to in the document as B.F., experienced that night, because she allegedly slept through the massacre.

B.F. was home in he first floor bedroom during the murders according to the affidavit.

The killer did not exit through the front door however, and the affidavit does not state how he entered the home, so there is no proof he was ever anywhere near B.F. or her bedroom on the first floor of the home.

The killer allegedly entered the home shortly after 4:04 a.m. on Nov. 13, according to the affidavit, just minutes after Kernodle received a delivery from DoorDash.

“D.M. stated she originally went to sleep in her bedroom on the southeast side of the second floor. D.M. stated she was awoken at approximately 4:00 a.m. by what she stated sounded like Goncalves playing with her dog in one of the upstairs bedrooms, which were located on the third floor,” reads the affidavit.

“A short time later, D.M. said she heard who she thought was Goncalves say something to the effect of ‘there’s someone here.'”

The roommate looked out the window but did not see anyone, but a short time later heard another noise.

“D.M. stated she opened her door a second time when she heard what she thought was crying coming from Kernodle’s room. D.M. then said she heard a male voice say something to the effect of ‘it’s ok, I’m going to help you,'” claims the affidavit.

The affidavit then says that a neighbor’s security camera “picked up distorted audio of what sounded like voices or a whimper followed by a loud thud.”

Soon after, D.M. stated she opened her door for the third time after she heard the crying and saw a figure clad in black clothing and a mask that covered the person’s mouth and nose walking towards her. D.M. described the figure as 5′ 10″ or taller, male, not very muscular, but athletically built with bushy eyebrows,” reads the affidavit.

“The male walked past D.M. as she stood in a ‘frozen shock phase.’ The male walked towards the back sliding glass door. D.M. locked herself in her room after seeing the male.”

Moments later a white Hyundai Elantra was seen leaving the neighborhood at a high rate of speed.

When asked why they thought the killer might have fled, the University of Idaho source tells Inside Edition they thought it could have been because of the dog in the home.

Kohberger maintains he is innocent of these crimes.

He appeared in an Idaho courtroom on Thursday after being extradited from Pennsylvania, where he was advised of his rights and formally charged with four counts of murder in the first degree and a felony burglary charge.