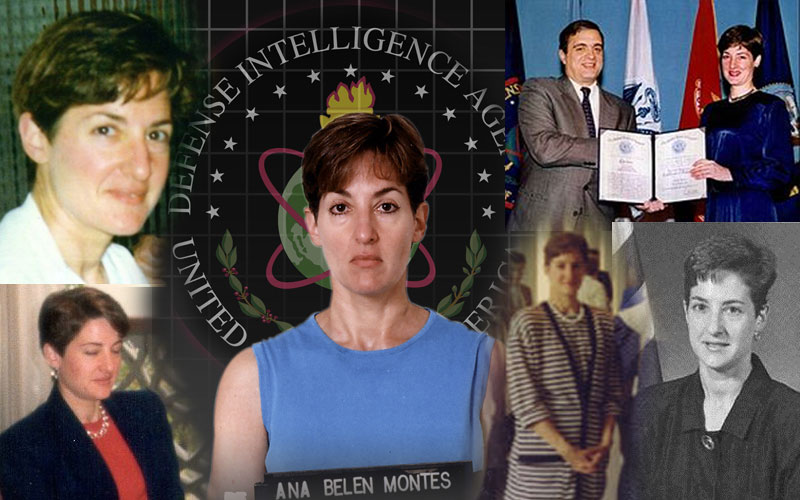 After 20 years, Cuba’s top spy will walk out of a Texas federal lockup.

Author and former spy catcher for the Defense Intelligence Agency Chris Simmons does not mince words, “I wish we could have kept her in there longer.”

At the same time, she was undermining U.S. Operations in Central America, distorting the U.S. Government’s views on Cuba, burning about 450 U.S. operatives, and leaking U.S.  military information, which accusers say led to the death in El Salvador of Green Beret Sergeant Gregory A. Fronius.

On February 24, 1996, over the straits of Florida in international air space, Cuba shot down two U.S. registered humanitarian aircraft operated by Cuban exile organization Brothers to the Rescue.

Eventually, in 1998, the FBI rolls up and the feds try members of a huge Cuba spy ring based in South Florida.

Members of the group were accused of aiding Cuba in the shootdown.

According to Simmons, “The Wasp Network was the largest foreign spy network to operate in the United States and Montes was one of Havana’s top ten assets.”

In his book, “Castro’s Nemesis,” Chris Simmons knits together the Ana Belen Montes story with the Cuban Wasp Spy network.

Simmons  was on the team that rooted out Montes and is quick to say,  “I have never seen someone so heartless in all my life.”

In the aftermath of the Brothers to the Rescue shootdown, Montes was on the team that was evaluating a U.S. response and at the same time was reporting that information to her Cuban handlers.

The Cubans knew every move the U.S. was contemplating.

“Just the idea she was leaving the Pentagon and immediately going to a surveillance detection route and meeting with her handlers and presenting what at the time was the Pentagon’s preferred response was a cruise missile attack on Cuba,” Simmons told CBS4 News.

Montes was arrested and escorted out of DIA headquarters just ahead of the Iraq War because she was involved with Cuba’s stealing of American Secrets and selling them to unfriendly foreign actors.

In the process of the Montes’ investigation, Simmons says the team realized there was a second spy operating within the agency.

There was a raft of circumstantial evidence gathered, but the suspected spy was allowed “to retire.”

The arrest of Montes and the takedown damaged Cuban espionage efforts but did not put them out of the game.

Law enforcement, academic sources, and Chris Simmons agree that the Cuban intelligence network is as vigorous as ever.

They say as many as three hundred operatives are active in the U.S. with two-thirds targeting the Miami area.

Ana Belen Montes is set to get out of federal custody on January 8th, 2023.