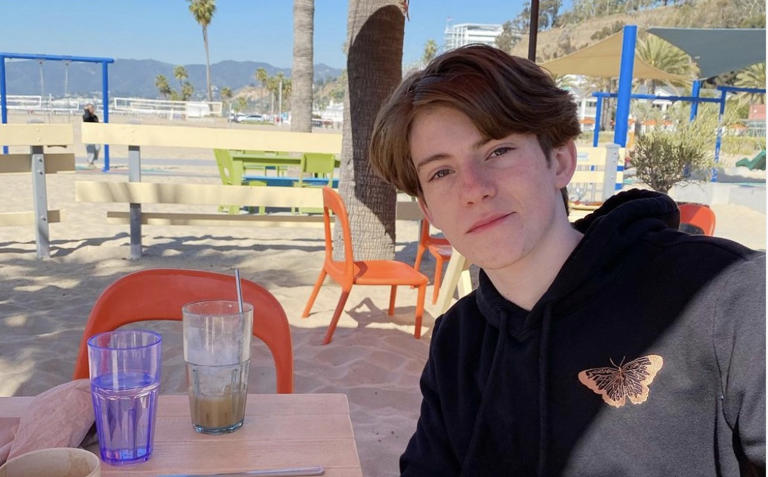 Tyler Sanders, the 18-year-old star of Amazon’s Just Add Magic: Mystery City who was found dead in June at his Los Angeles home, died from the effects of fentanyl, the L.A. County Medical Examiner-Coroner has revealed. The coroner said his death was accidental.

The coroner’s report did not find any other causes of death and no other significant conditions during its investigation. It has labeled Sanders’ case closed.

Sanders had guest-starring roles on 9-1-1: Lone Star, Fear the Walking Dead and The Rookie and was also in several short films. He played Young Jake Otto in an episode of AMC’s Fear the Walking Dead before appearing as Leo in Amazon’s Just Add Magic in 2019. That led to a starring role in the 2020 spinoff series Just Add Magic: Mystery City, which focused on step-siblings Leo (Sanders) and Zoe (Jolie Hoang-Rappaport) and their neighbor Ish (Jenna Qureshi).

Sanders also appeared in an Season 3 episode of 9-1-1: Lone Star and in a 2018 episode of ABC The Rookie. His credits include the 2017 NBC pilot What About Barb? and 2019 film The Reliant with Kevin Sorbo and Julia Denton.

“Tyler was a talented actor with a bright future,” Sanders’ agent Pedro Tapia said June 16 when he confirmed Sanders’ death. “He comes from a wonderful family, and we ask that you respect their privacy at this time.”

In the wake of his passing, the family of Sanders issued statements strongly advocating for mental health awareness.

“Tyler was an ambitious, hard-working actor who was dealing with deep and persistent depression,” said David Sanders, his father. “Although actively seeking treatment, Tyler struggled to find relief and chose to experiment with drugs. Tyler fell into drug use, not as a way to have fun socially, but rather as an attempt to overcome his profound mental health struggle. While we continue to mourn his death, we are determined to share Tyler’s story in hopes of furthering the conversation around this pervasive issue.”

His mother, Ginger Sanders, issued her own statement. “Losing Tyler due to fentanyl poisoning has been incredibly difficult. I want others to understand that we are a family much like all other families who never thought this could happen to us. Tyler had a strong support system and still could not overcome his persistent depression. Perhaps because of his depression, Tyler sought out deep connections and to bring those around him joy. While Tyler quietly fought his inner battles, he was outwardly determined to make sure no one felt as he did. Tyler loved the Lord, loved people and did his best every day. It is our sincere prayer that our story might save others.”

“One of the greatest joys of making kids TV is the opportunity to work with talented, enthusiastic, dedicated young actors like Tyler,” Nussbaum said. “Tyler was so focused on his acting career that he would often write “Do More” on his hand to remind him to work to achieve his goals. Now, it’s our turn to “Do More”. In Tyler’s honor, myself and industry colleagues throughout kids TV have come together to form the “Do More” Initiative. We want to improve how the industry approaches the mental health of our youngest and most vulnerable colleagues – child actors.”