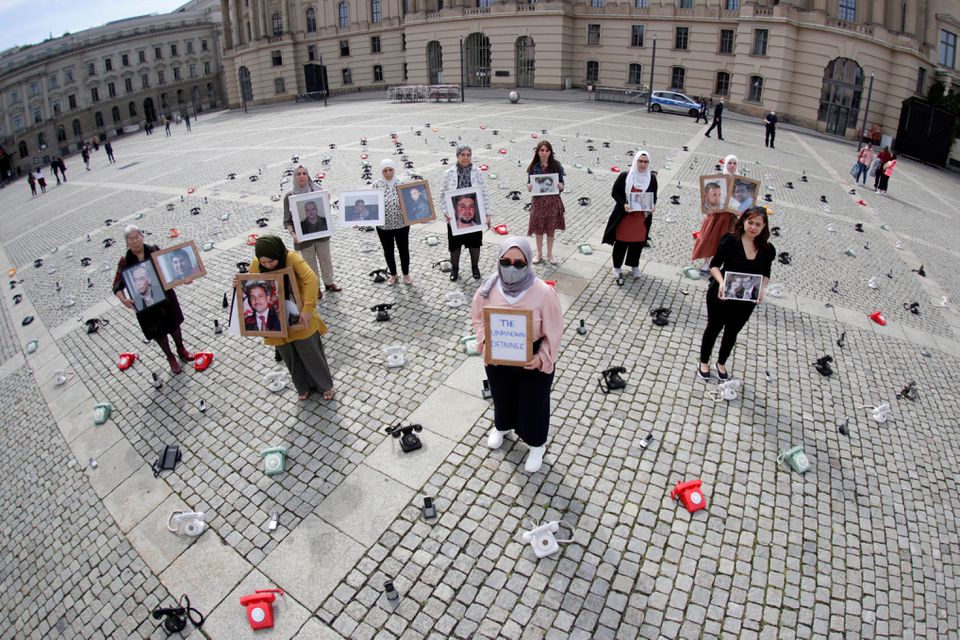 Ever since Yehya Hijazi and his two sons were detained in 2012 by the Syrian government, their relatives had clung onto the hope they were still alive and might be released one day.

But after a decade of silence from the authorities, their hopes were shattered when the independent Syrian Network for Human Rights (SNHR) monitoring group contacted the Hijazi family to tell them it had obtained death certificates for all three.

“You’re hoping every second that you’ll catch another glimpse of this person whom you love very much, that you’ll hear any news of him,” Yehya’s brother Mohammad told Reuters by phone from northwestern Syria. “Then you hear he’s dead.”

The SNHR said the documents confirming the death of Yehya and his sons were among 547 detainee death certificates issued by the authorities since 2017 that it had obtained from whistleblowers within government departments.

The rights group said the documents provided answers to the fates of hundreds of missing people. Activists hope they will eventually be used in international proceedings against the government, which has been accused by a U.N. commission of inquiry of crimes against humanity for its detention policies.

The government did not respond to emailed questions about the death certificates obtained by SNHR. Syrian officials have in the past denied accusations of systemic torture and mass executions in jail.

Reuters reviewed 80 of the death certificates, including the three for the Hijazi family, as well as those for a three-year-old girl and her six-year-old sister.

A Syrian human rights lawyer, who declined to be named due to the sensitivity of the matter, reviewed a sample of the documents. He said the layout, language used and the elements of information included matched other Syrian death certificates.

Reuters was unable to independently confirm that the documents were authentic.

Mohammad Hijazi said the family had not requested death certificates from the authorities as they lived in areas controlled by the opposition. He added that acquaintances in government-held zones also refused to ask civil registries about deaths, fearing they might be seen as opposed to Damascus.

NO CAUSE OF DEATH

The war in Syria spiralled out of a 2011 uprising against President Bashar al-Assad’s rule and has killed over 350,000 people, uprooted more than half the population and forced millions abroad as refugees.

Tens of thousands are estimated to have been held in Syrian government detention centres, according to the U.N. commission. Detainees are often held incommunicado, leaving their families wondering about their whereabouts, or if they are even alive, the commission and families of detainees have said.

International rights groups do not operate openly in Syria and do not have access to detention centres. In August, the U.N. secretary general’s office recommended establishing a mechanism to determine the fate of missing Syrians, but it has yet to be set up.

The 547 certificates included those for 15 children and 19 women, the SNHR said.

Some of the 80 certificates reviewed by Reuters listed the place of death as military hospitals or military tribunals. Others were vague about the place of death, with “Damascus” or a village on its outskirts. Some were left blank.

The certificates reviewed by Reuters also had significant gaps between the date of the death and when it was recorded in the registry, with most showing a lag of several years and one showing a delay of 10 years.

None of the certificates reviewed by Reuters listed a cause of death. The SNHR said that was the case for all 547.

The rights group said it had matched the names that appeared on the death certificates against wider lists of people detained by the Syrian authorities.

The group was able to reach the families of 23 of the deceased. It said many had suspected their loved ones were dead, but only had confirmation when they saw the death certificates.

Torture and ill treatment in Syrian government prisons remains “systemic”, according to a 2022 report by the U.N. commission of inquiry on Syria, which noted abuses in detention centres run by non-government factions too.

It said the government was deliberately withholding information from the families of loved ones and has described its detention policies as amounting to crimes against humanity.

In 2018, Syrian authorities began updating civil registries in bulk with the death certificates of people who had died in detention but did not directly inform their relatives, the U.N. commission said.

The government did not respond to questions about why it had not informed relatives of the deceased.

Relatives in government-held areas could find out if their loved-ones had died by requesting their family records from the civil registries. They were not granted access to bodies to bury them, or told where the remains were, according to the commission and the SNHR.

Others have learned of deaths by recognizing their relatives in leaked pictures taken by military photographers working in prisons, the most prominent of whom was code-named Caesar.

In a 2015 interview, Assad dismissed the Caesar photographs as allegations without evidence. Former war crimes prosecutors described the images as clear proof of systematic torture and mass killings.

SNHR director Fadel Abdul Ghany said he hoped the large batch of death certificates would provide some relief to those still waiting to know the fate of their relatives.

But for Mohammad Hijazi, the wait continues.

While he now knows the fate of his brother Yehya, he said 40 more relatives had been arrested by the government in central Syria and the family had no news of them yet.

“I haven’t been able to tell our mother Yehya is dead. I just keep telling her he’s still in jail,” he said.