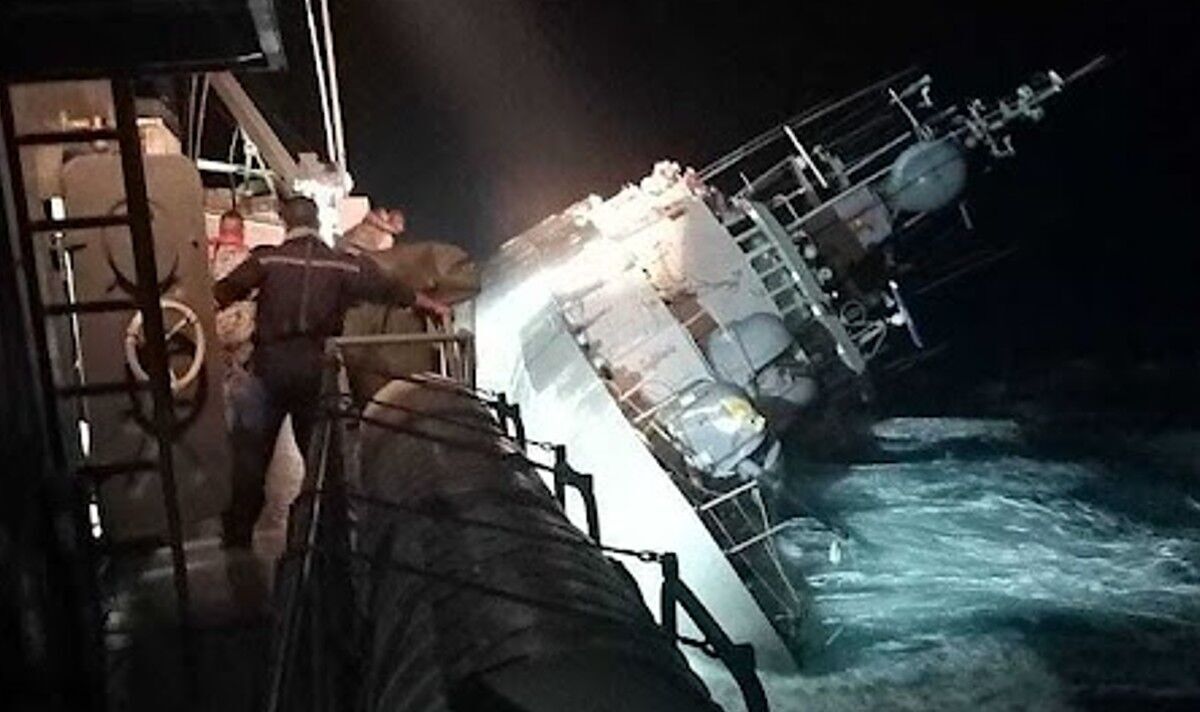 A Royal Thai Navy warship with over 105 people aboard sank in the Gulf of Thailand, leaving five passengers dead and 24 passengers missing.

The HTMS Sukhothai, a 252-foot long corvette that had been in service for 35 years, was struck by harsh waves and heavy winds on Sunday night, causing seawater to reach an exhaust pipe and shut down the ship’s electrical system.

The system failure left the crew unable to pump out the water that entered the ship’s hull and eventually caused it to sink.

In photos and videos of the incident, which were shared on social media by the Thai navy, survivors can be seen wrapped in blankets and taken to the hospital.

According to the authorities, 76 people have been rescued.

On Tuesday, rescuers located a survivor and recovered five bodies.

The survivor, identified as Chananyu Kansriya, was discovered floating in the sea about 37 miles away from the sunken ship at around 2:15 p.m. by a passing cargo ship.

He was reported to be in weak condition and in need of medical treatment on the frigate, according to Vice Adm. Pichai Lorchusakul, the commander of the 1st Naval Area Command.

“The latest person was found 41 hours from when the ship sank and he was alive. So we believe that there are those still alive out there… we will continue to search,” Admiral Chonlathis Navanugraha, the navy’s chief of staff, told BBC.

Survivors told local media that there were not enough life jackets on the ship as it had additional guests.

“This operation, they added staff from the Marine Corps and Air and Coastal Defense Command, about 30 people. This is why I think there were not enough life jackets,” Navy Commander Cherngchai said, according to CBS News.

“My son called me with his friend’s phone when the ship started to sink. He said he did not get a life jacket and only a life buoy,” a mother of one of the missing sailors said. “As a parent, when I heard this, my heart was broken. If there were not enough life jackets, how much hope can you give me?”

According to the Thai navy, they have deployed two maritime patrol aircraft, four large ships, two helicopters and a drone. The air force has also deployed a plane and a helicopter to search for the remaining passengers.

Officials will be investigating the incident, as well as reports about the insufficient number of life jackets.

According to the U.S. Naval Institute, the sunken warship was commissioned in 1987 and built by a shipbuilding company in the U.S.