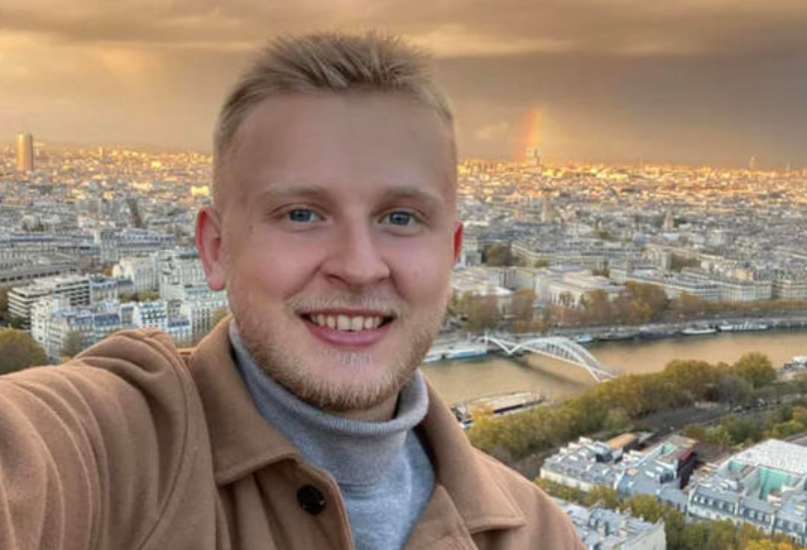 An American college student who was reported missing last month while studying abroad in France is alive and in Spain, a French official and the student’s family said Friday. Ken DeLand Jr. had last been heard from on Nov. 27, when he communicated with his family via WhatsApp.

Eric Vaillant, the public prosecutor in Grenoble, France, confirmed to CBS News that they learned “DeLand was able to speak with his parents today” and “he is apparently in Spain.”

His father, Ken DeLand Sr., told CNN on Friday that he’d just spoken with his son.

The website created by his family to help publicize the search now says: “KENNY HAS BEEN FOUND. We will update with more information as we get it! THANK YOU to everyone for helping us bring Kenny home!”

A statement added later Friday morning says, “We are so happy to announce that Kenny is safe; we received a call from Kenny in the early morning hours on December 16, 2022. Kenny is in Spain, and Carol (his mom) is in France, preparing to see Kenny and hopefully bring him home for Christmas.”

The family’s statement also thanks the media for help to spreading the word and everyone who supported the search.

The public prosecutor told CBS News that the investigation into DeLand’s disappearance is continuing.

DeLand’s family previously said they had been in communication with authorities, and that he had been added to the French missing persons list.

DeLand is a student St. John Fisher University in Rochester, New York. He had been and studying at the Université Grenoble Alpes for the fall semester of his senior year. His international studies were set to end on Dec. 17, and his visa allowing him to stay in France will expire on Jan. 20, 2023, his family said.

In a statement to CBS News, St. John Fisher University confirmed that DeLand was now in contact with his family.

“We are relieved by this news, and will continue to support Kenneth and his family in any way we can,” the school said.

According to the family’s website, DeLand had been staying with a host family in France. Before he dropped out of contact he had reportedly been traveling by train from his host family’s residence to Valence, France, a city about 60 miles from the university, and was spotted in security footage in the town of Montemilar.