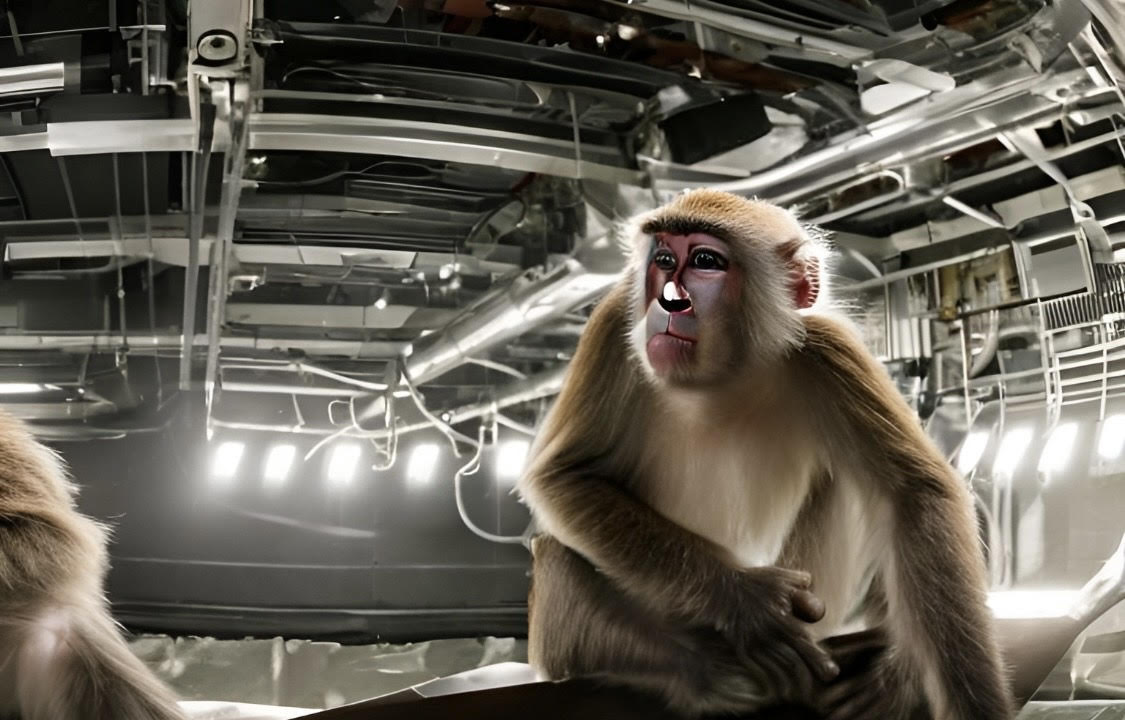 The San Francisco company Neuralink, owned by Elon Musk, has been working on a chip that can be implanted in the human brain and linked to a computer. This chip will monitor and potentially stimulate brain activity.

For this, the bio tech company has been carrying several tests on monkeys.

However, Musk’s Neuralink has been accused of subjecting its monkeys to illegal mistreatment and extreme suffering during chip implants tests.

An animal-rights group, Physicians Committee for Responsible Medicine, has submitted an official complaint with the US Department of Agriculture on Thursday where they have claimed that monkeys experiences “extreme suffering as a result to inadequate animal care and the highly invasive experimental head implants during the experiments,” Business Insider reported.

PCRM also claimed that out of 23 monkeys owned by Neuralink, only seven survived the tests and were transferred to a Neuralink facility in 2020, while 15 died. However, Neuralink said only eight were euthanised

The specifics are harrowing. Reuters reports that since 2018, Neuralink has killed around 1,500 animals, including 280 sheep, pigs and monkeys. It’s not yet clear how many of these animals died after being implanted with a Neuralink brain chip, but we do know that 21 per cent of the company’s monkeys died because of issues with the devices.

Neuralink employees also told Reuters that on one occasion, the company allegedly botched surgery on two pigs by implanting their chips in the wrong place. As a result, Neuralink’s veterinarian suggested euthanising one of the animals due to its deteriorating psychological wellbeing. (Yes, these are the same brain chips that Musk wants to use on humans within six months.)

Musk founded Neuralink in 2016, alongside eight other people, with the eventual goal of allowing people to communicate with the internet via a chip implanted into their brain. In Neuralink’s own words, it’s about “developing ultra-high bandwidth brain-machine interfaces to connect humans and computers.”

While this technology sounds like the stuff of a dystopian sci-fi nightmare, something that would likely conclude with Tesla beaming adverts directly into your brain while you’re sleeping, the company holds some loftier ambitions: it’s partly designed in order to help people who are paralysed communicate with the world more easily.

This is a laudable goal, but whether the technology is anywhere close to achieving it is unclear. Neuralink can point to some examples of success (such as a video last year which showed a macaque playing Ping Pong with his mind – leave monkeys alone!), but these recent revelations cast serious doubt on its fitness for human use.

Tesla chief Musk’s Neuralink has been using the monkeys to advocate the progress of its chips.

Earlier in April 2021, the bio tech company had released a video which showed a monkey, which has a Neuralink chip places in its head, playing the video game called ‘Pong’ on a computer.

In December last year, Musk had said that Neuralink will soon start testing on humans by 2021.

Musk, who is quite famous for speaking up on the advancement on technologies and its usage in helping reach tech-fuelled future, is also a founder of Tesla Inc, Boring Co. and SpaceX apart from Neuralink.