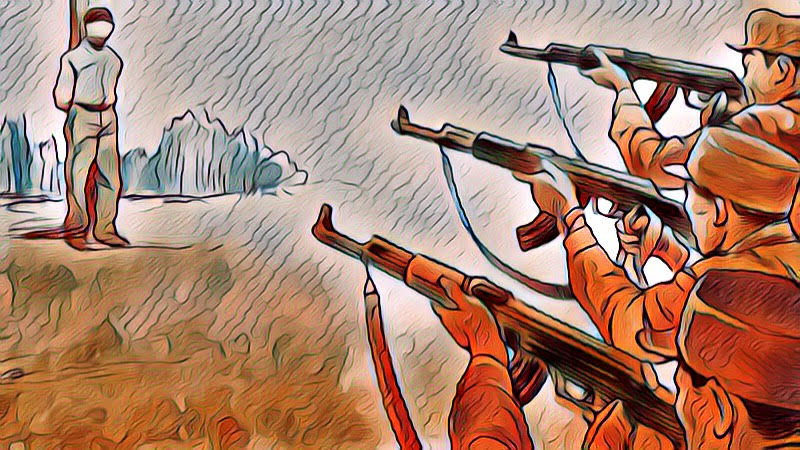 The two boys, 16 and 17, met in October at a school in North Korea’s Ryanggang Province and watched several South Korean and American drama shows, the Independent reported.

The two teens were executed in front of locals at an airfield in the city, according to the Mirror. The incident took place in October, but the information about the killings emerged only last week.

The government said that the crimes committed by the two boys were “evil”, hence the horrified residents were made to watch the execution.

“They said, ‘Those who watch or distribute South Korean movies and dramas, and those who disrupt social order by murdering other people, will not be forgiven and will be sentenced to the maximum penalty–death’,” a resident of the city of Hyesan, on the border with China, where the execution took place, was quoted by RFA as saying.

“Hyesan residents gathered in groups at the runway,” she said. “The authorities put the teen-aged students in front of the public, sentenced them to death, and immediately shot them.”

Last year, North Korea announced an 11-day mourning to mark the death anniversary of Kim Jong Un’s father Kim Jong Il. During this period, citizens were not allowed to laugh, shop or drink.

In 2020, the government banned foreign information and influence as part of its crackdown on Korean shows which were growing popular in the country.

South Korean shows are smuggled on flash drives and watched behind closed doors in order to escape fines, imprisonment, or worse, death.