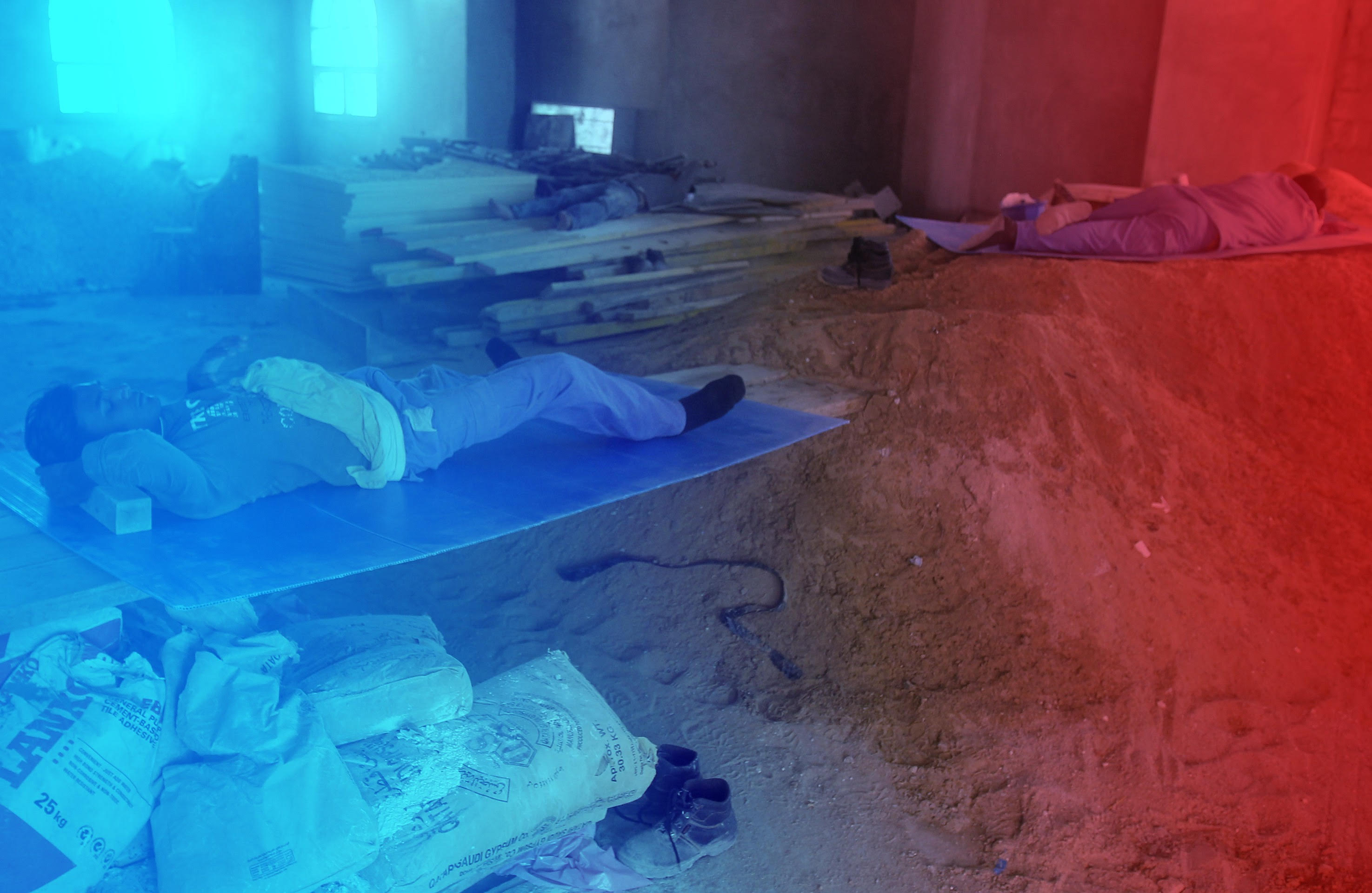 A top Qatari official involved in the country’s World Cup organization has put the number of worker deaths for the tournament “between 400 and 500” for the first time, a drastically higher number than any other previously offered by Doha.

The comment by Hassan al-Thawadi, the secretary-general of Qatar’s Supreme Committee for Delivery and Legacy, appeared to come off the cuff during an interview with British journalist Piers Morgan.

It also threatened to reinvigorate criticism by human rights groups over the toll of hosting the Middle East’s first World Cup for the migrant labor that built over $200 billion worth of stadiums, metro lines and new infrastructure needed for the tournament.

In the interview, portions of which Morgan posted online, the British journalist asks al-Thawadi: “What is the honest, realistic total do you think of migrant workers who died from — as a result of work they’re doing for the World Cup in totality?”

“The estimate is around 400, between 400 and 500,” al-Thawadi responds. “I don’t have the exact number. That’s something that’s been discussed.”

Those released figures put the total number of deaths at 40. They include 37 from what the Qataris describe as nonwork incidents such as heart attacks and three from workplace incidents. One report also separately lists a worker death from the coronavirus amid the pandemic.

Al-Thawadi pointed to those figures when discussing work just on stadiums in the interview, right before offering the “between 400 to 500” death toll for all the infrastructure for the tournament.

In a later statement, the Supreme Committee said al-Thawadi was referring to “national statistics covering the period of 2014-2020 for all work-related fatalities (414) nationwide in Qatar, covering all sectors and nationalities.”

Since FIFA awarded the tournament to Qatar in 2010, the country has taken some steps to overhaul the country’s employment practices. That includes eliminating its so-called kafala employment system, which tied workers to their employers, who had say over whether they could leave their jobs or even the country.

Qatar also has adopted a minimum monthly wage of 1,000 Qatari riyals ($275) for workers and required food and housing allowances for employees not receiving those benefits directly from their employers. It also has updated its worker safety rules to prevent deaths.

“One death is a death too many. Plain and simple,” al-Thawadi adds in the interview.

Qatar has relied on an army of migrant workers, mostly from South Asia and Africa. Thousands toiled for years in temperatures up to 120 degrees, crammed into crowded, squalid residential camps near the venues they were building.

Opportunity presented itself when Qatar’s bid with international soccer’s governing body FIFA controversially won, and the Arab nation was awarded the 2022 World Cup.

The number of World Cup-related deaths in Qatar is difficult to pin down.  Last year, the Guardian reported 6,500 migrant workers had died in Qatar since the nation was awarded the World Cup, but it was unclear how many of the deaths were directly related to work preparing for the soccer tournament.

Activists have called on Doha to do more, particularly when it comes to ensuring workers receive their salaries on time and are protected from abusive employers.

Al-Thawadi’s comment also renews questions on the veracity of both government and private business reporting on worker injuries and deaths across the Gulf Arab states, whose skyscrapers have been built by laborers from South Asia nations like India, Pakistan and Sri Lanka.

“This is just the latest example of Qatar’s inexcusable lack of transparency on the issues of workers’ deaths,” said Nicholas McGeehan of Fairsquare, a London-based group which advocates for migrant workers in the Middle East. “We need proper data and thorough investigations, not vague figures announced through media interviews.

“FIFA and Qatar still have a lot of questions to answer, not least where, when, and how did these men die and did their families receive compensation.”

Qadri, the executive director of Equidem Research, also said he was surprised by al-Thawadi’s remark.

“For him now to come and say there is hundreds, it’s shocking,” he told The Associated Press. “They have no idea what’s going on.”