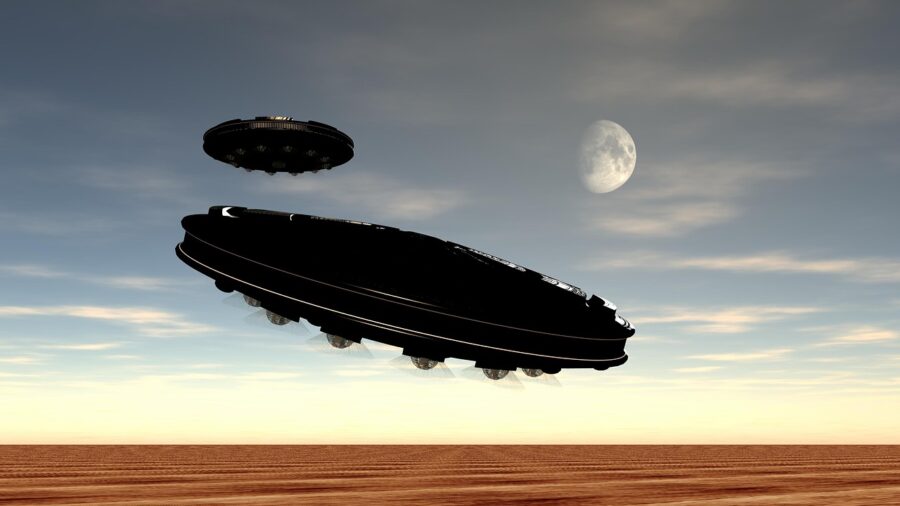 The truth isn’t “out there” anymore apparently: it’s in the laboratory. The remnants of reported UFOs are being carefully studied in a Stanford University lab using a revolutionary process.

According to a report from Science News, metal debris from alleged UFO crashes going as far back as 1947 gathered by ufologist Dr. Jacques Vallée are being studied by Stanford microbiologist Dr. Garry Nolan. Dr. Nolan is using a process called Multiplexed Ion Beam Imaging (MIBI) to create three dimensional images allowing for the examination of the metal down to its atomic level. Per Nature, the process has previously been used to study tumors, particularly in cases of breast cancer.

What Dr. Nolan found surprised him. First, Nolan said he and his colleagues could confirm the supposed UFO material was manufactured, as opposed to naturally occurring. Second, and most surprisingly, Nolan said the material’s composition was not like any known metal. He added that the ratio of isotopes in the metal doesn’t make sense, as far as our current understanding is concerned.

Dr. Nolan did clarify that what he’s seen in the purported UFO remnants does not prove the material is the product of a technology developed on another planet. Rather, it proves only that someone has developed a process of manufacturing metal most scientists do not yet understand.

This isn’t the only story to come out in the past year about discoveries related to alleged UFO metals. In February ufologist Anthony Bragalia revealed he’d used a clever loophole to get otherwise unobtainable documents from the Pentagon. Using the Freedom of Information Act, Bragalia requested documentation not on UFO crashes but on the metal alloy Nitinol — a metal than that can “remember” its shape and return to it by being heated. The documents Bragalia received were heavily redacted, but he believes they reveal Nitinol was first discovered in the 1947 Roswell UFO crash.

UFO news has quickly become something seen as reserved either for conspiracy theorists or supermarket tabloids into mainstream news and with good reason. The evidence that UFOs exist seems incontrovertible at this point. At the end of August, 60 Minutes‘ Bill Whitaker filed a story in which he interviews not only Naval pilots with stories of UFO encounters, but with military intelligence operative Luis Elizondo. The Intelligence veteran says he was recruited in 2008 as part of the Pentagon’s Advanced Aerospace Threat Identification Program (AATIP).

According to Elizondo, the question is not whether or not UFOs are real. UFOs are real, he says, and it’s a matter of figuring out what they are, where they’re coming from, and what the intentions of their operators are. Among other things, Elizondo describes witness videos and other documentation of UFOs that can travel through both air and water, than can fly at speeds of 13,000 mph, have no wings, no means of propulsion the can be seen by the naked eye, and no control surfaces.

4 thoughts on “UFO Crash Debris Being Studied At Stanford”