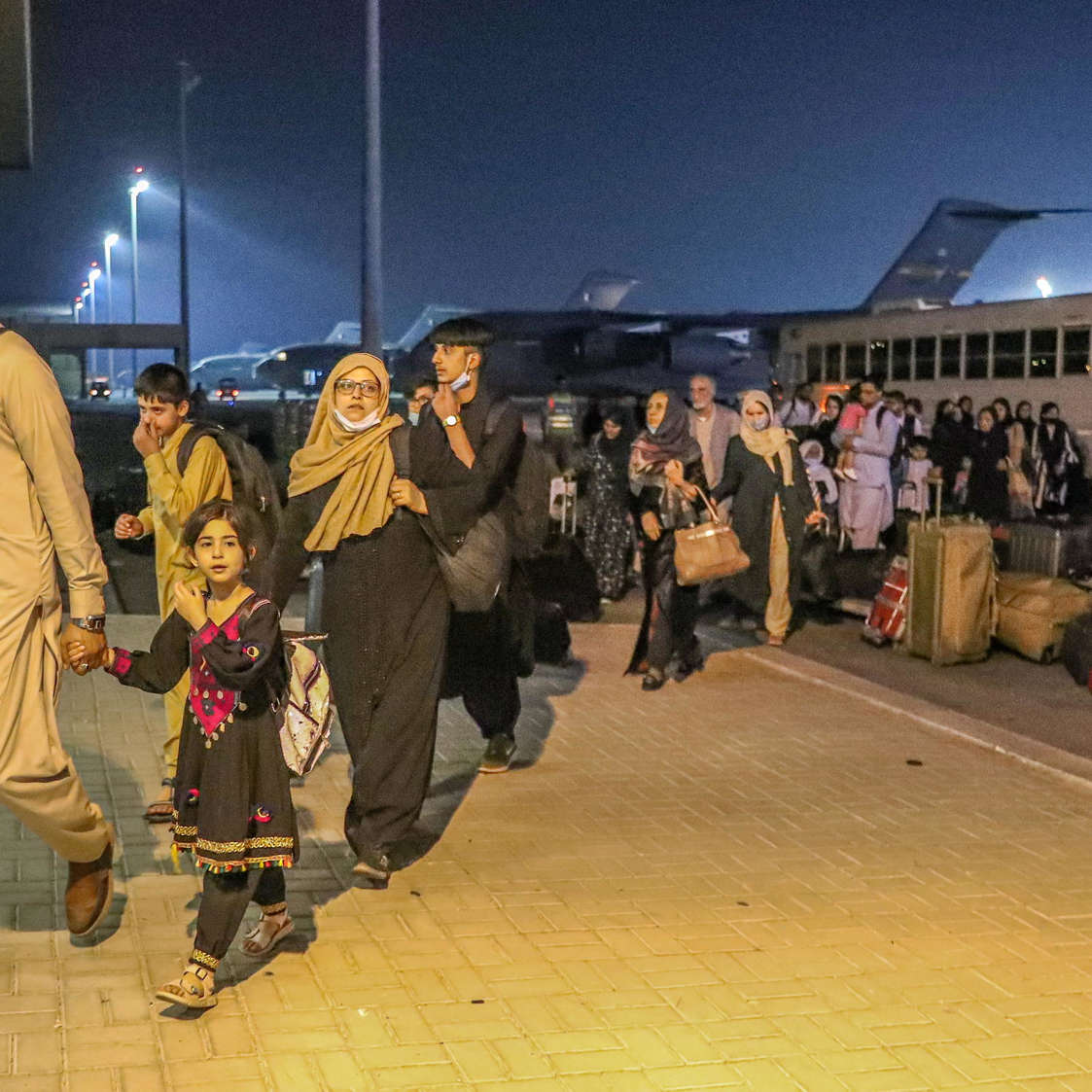 With tens of thousands of U.S. nationals, legal residents, their families and untold numbers of Afghans all desperate for a way out of the Taliban’s Afghanistan, the U.S. military was forced on Friday to pause its evacuation flights out of Kabul.

The suspension, hopefully to be quickly reversed by the opening of a new flight option to a base in Bahrain, was due to the current processing facility in Qatar hitting capacity.

People inside the stuffy air base on Friday described the situation to CBS News as “pretty much a full-blown humanitarian disaster.”

CBS News’ Roxana Saberi reported that the mayhem outside the U.S.-controlled airport in Kabul continued on Friday, meanwhile, with hundreds of desperate Afghans still gathering — despite Taliban warnings and violence — in hopes of escaping the militant’s reign. Gunfire was heard again on Friday as Taliban gunmen tried to disperse crowds.

But the situation on the other end, where U.S. military evacuation flights have been landing in Doha, Qatar, got so bad that incoming traffic was paused. A U.S. military official told CBS News’ David Martin that flights were put on hold due to the need to find and open up facilities in other countries to handle those being flown out of Kabul.

The U.S. reached an agreement with the government of Bahrain on Friday to let American military planes start flying evacuees from Kabul to the Isa Air Base, and flights were expected to start landing later on Friday. The base has capacity to temporarily shelter up to 1,000 people, and the Bahraini authorities gave the U.S. permission to keep people there for onward processing for up to 14 days.

CBS News’ Christina Ruffini said the U.S. State Department was still, after weeks of negotiations with many countries, actively seeking other facilities beyond the bases in Qatar and Bahrain to process evacuees.

The cavernous hanger at the al-Udeid Air Base being used by U.S. Customs and Border Protection staff to process fleeing Afghans and American nationals in Qatar had reached capacity by Friday morning, and conditions inside the building were uncomfortable.

One man at the base in Doha told CBS News that about 2,000 Afghans and U.S citizens were crowded into the building. He said it was hot, and many people were waiting hours for food, but that he and the others who had made it that far were grateful to the U.S., and relieved to be out of Kabul.

Saberi was in Doha on Friday after getting out of Kabul on a U.S. evacuation flight two days earlier, along with about 300 Afghan nationals. A senior U.S. border protection official told CBS News that his agency was busy screening Afghans in Doha to clear them for travel on to military bases in the U.S.

But many still can’t make it that far.

The main route out of Afghanistan, Kabul’s Hamid Karzai International Airport, remained a scene of despair, with thousands pushing, waiting, and longing for a flight to freedom.

“Hopefully I’m going to be able to get in the airplane,” Omid Mahmoodi, who worked as a translator for the U.S. military, said as he filmed his attempt to get into the airport and escape earlier this week. Then he posted an update: “Unfortunately I’m still here. Unfortunately the Taliban are still keeping firing on people.”

In June, Mahmoodi told CBS News’ Charlie D’Agata that he had risked his own life to save the lives of American soldiers, and he knew the troops appreciated his efforts.

“When I come to the base, all the U.S. advisors, they hug me and they kiss me and they told me: ‘From now, you are not our interpreter, from now you are my brother,'” he told D’Agata.

Now, with Taliban back in power, he said he was in more danger than ever.

“They will kill me and they will behead me,” he said. “I have already [been] left behind. But, you know, I’m just struggling to be alive.”

U.S. forces have evacuated around 12,700 people from Kabul’s airport since Saturday, mostly U.S. citizens and Afghans who once worked for the U.S. Earlier in the week, President Biden estimated that there were between 60 and 80,000 people still wanting evacuation, including Americans, their families and vulnerable Afghans.

Mahmoodi got back in touch on Friday morning. He still hadn’t been able to get onto a flight. On his latest attempt, he said he was turned back by U.S. troops, not the Taliban.