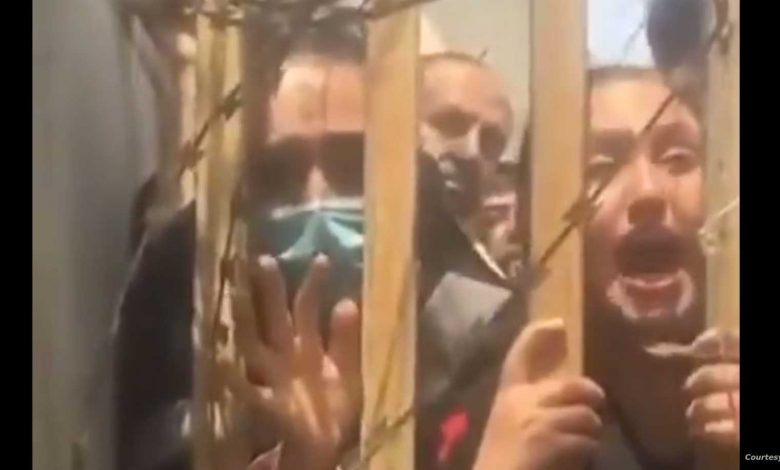 A heartbreaking video shows a woman appearing to beg an American soldier to help her and her family escape the Taliban in Afghanistan.

The 14-second video, posted by exiled Iranian journalist and human rights activist Masih Alinejad, shows a woman behind bars trying to communicate with an American soldier.

"You're our family. Please help"

This young Afghan woman is begging an American soldier at the airport to save her. This breaks my heart because I know that the American government gave them hope, but is now leaving them alone and hopeless. This is called betrayal. pic.twitter.com/EhVcNgNFyq

“Help, help,” she says, crying and in between gasps.

“I want to help family. Taliban coming for me,” she says.

Alinejad in her tweet said the woman is begging for help from an airport, where she and others wait for a chance to leave Afghanistan.

The Taliban took over Afghanistan following President Joe Biden’s decision to withdraw US troops from the region. In its takeover, the Taliban renamed the country to the Islamic Emirate of Afghanistan, reverting back to the same name used during the last time the regime took power, in 1996.

Under the Taliban’s rule at that time, women were severely oppressed, facing restrictions like being barred from working or attending schools.

This time, the militant group has promised to respect women’s rights “within Islamic law.” But human rights activists and Afghan women do not believe the Taliban will keep this vow.

Taliban fighters “will come for people like me and kill me,” said Zarifa Ghafari, Afghanistan’s youngest female mayor.

It’s not clear yet what rules the Taliban will implement for women. But already there have been signs that women will face consequences if they do not follow the Taliban’s orders.

Taliban fighters also instructed a reporter from CNN to step aside while reporting on camera because she’s a woman.