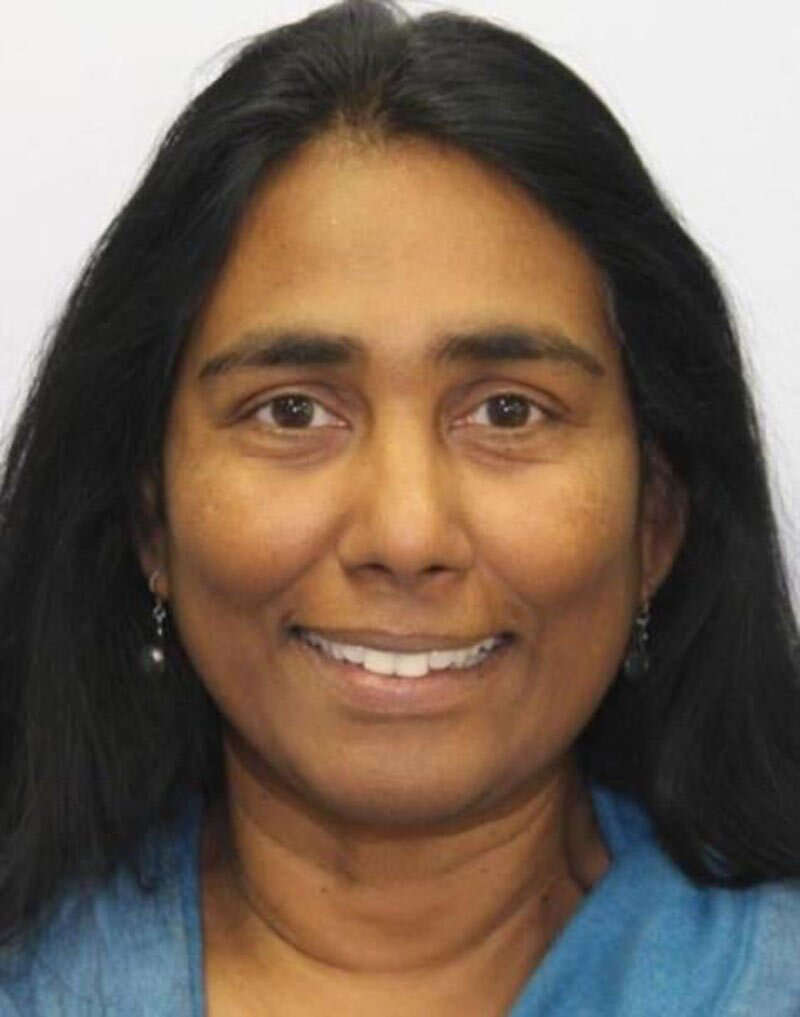 Authorities in Maryland have arrested the son of a successful 58-year-old cyber security executive, alleging he murdered her on July 25 inside her new waterfront home in Tracys Landing.

A statement from the Anne Arundel County Police Department alleges that Juanita Koilpillai was found dead outside her home not long after being reported missing by her boyfriend.

The statement says he called 911 after finding blood inside his girlfriend’s house.

According to the medical examiner, Koilpillai was killed by “sharp force injuries.”

Missing from Koilpillai’s driveway was her car, which was later recovered in Leesburg, Va.

“The car was secured and brought back to Anne Arundel County to be searched for items of evidentiary value,” reads the statement. “Preliminarily, the evidence indicates this was a targeted incident and not a random act of violence.”

Inside the car, investigators found several key pieces of evidence, including the suspected murder weapon — a knife. Forensic testing on the knife detected the DNA of two different individuals: Koilpillai and her son, Andrew Weylin Beavers.

The statement alleges that additional evidence led them to identify Beavers, 23, as the killer.

Beavers has been charged with first- and second-degree murder. He was taken into custody in Virginia Saturday and is awaiting extradition back to Maryland.

He has not entered pleas to the charges, and does not have a lawyer of record.

The Capital Gazette spoke to friends of the cyber security specialist, who grew up in Sri Lanka and India before earning a master’s in computer science and mathematics at the University of Kansas.

Koilpillai had worked in computer security and network management for three decades, and, with her ex-husband, founded Cyberwolf, an advanced automated attack warning system used by the government. They later sold the company to cyber security software company Symantec, the Gazette reports.

“To grow a startup into a great company and then sell it to a bigger technology company was an incredible accomplishment,” said her best friend, Connie Moore.

Koilpillai went on to found Waverley Labs, a leading provider of digital risk management software and services, and served as its CEO.

“I’ll say [she was] a certifiable genius,” said Dr. Ron Martin, a close friend and professor at Capitol Technology University.