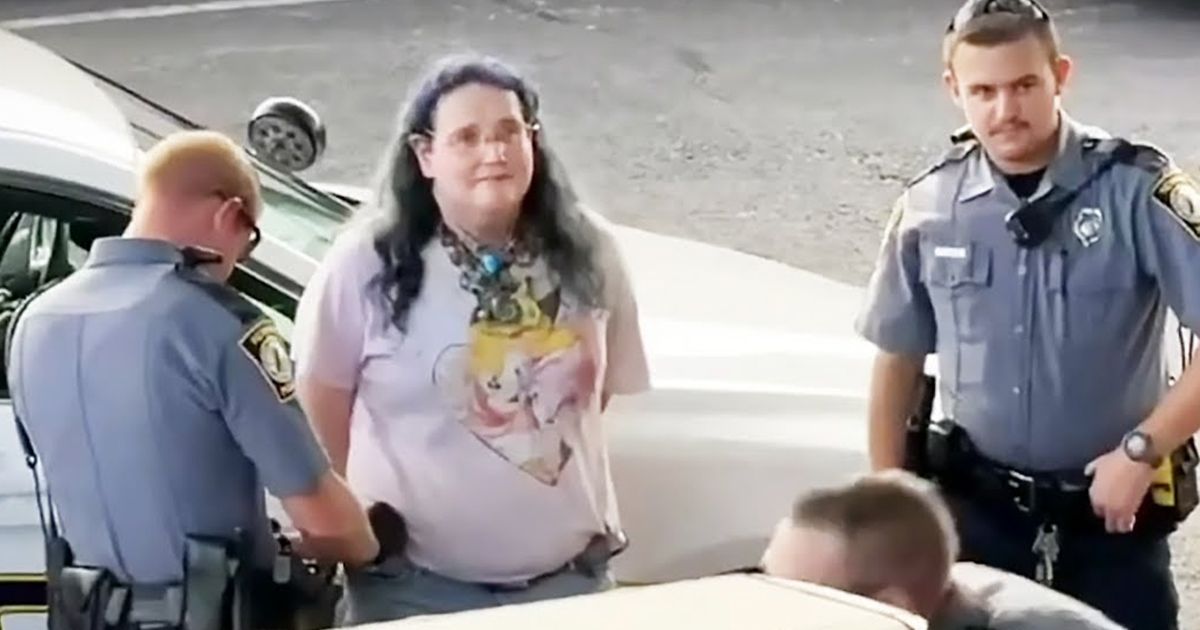 YouTube personality and the creator of a popular web comic series Chris Chan has been arrested on an incest charge involving her 79-year-old mother, who allegedly has dementia, after allegedly admitting to the crime in a leaked phone call.

Chan, a 39-year-old transgender vlogger and artist who goes by the name Christine Weston Chandler, was booked into the Henrico County Jail in Virginia on Sunday on a felony count of incest, which is punishable by up to 12 years in prison.

According to a press release from county law enforcement, a warrant was issued for Chandler’s arrest after investigators ‘received information involving sex crimes against a family member, who resides in the Ruckersville area.’

Chandler has lived with her 79-year-old mother, Barbara, in Ruckersville, Virginia, for many years.

Chandler is currently being held without bond at the Central Virginia Regional Jail. The sheriff’s office said additional charges were pending, reported Newsweek.

Chandler is best known for creating the comic series characters Sonichu, which is a cross between Pikachu and Sonic the Hedgehog, and its love interest, Rosechu. Her YouTube channel has more than 50,000 subscribers.

Chandler’s arrest came just days after a phone call was leaked on an instant messaging platform, on which a person believed to Chandler seemingly admitted to having sex with her elderly mother, who is believed to have dementia.

The authenticity of the audio recording hasn’t been confirmed.

During the eight-minute conversation, Chandler apparently tells a friend that it was her mother, Barbara, who had ‘made the first move,’ leading to two to share a kiss, according to the audio file, which Newsweek reported.

A day before her arrest, Chandler tweeted about ‘drama in the air’

Chandler allegedly claimed she approached the situation with ‘care and caution’ after years of harboring sexual feelings toward her mother, and even having dreams of having sex with her.

‘She was partially confused at one point, but then she came around, obviously,’ Chandler is allegedly heard saying on the call.

As they delve further into the mother and daughter’s allegedly intimate relationship, the person said to be Chandler says that she and her mother now have a ‘routine’ where they have sex ‘every third night’, and that her mother enjoys it.

Toward the end of the recording, Chandler apparently tells her friend: ‘God… said this was okay.’

Chandler has featured her mother on her social media pages several times over the years, most recently on July 11, when she shared photos of Barbara sporting a new haircut.

‘Barbie Chan got a styling haircut. I did that; first time cutting anyone’s hair. It looks really good,’ she wrote.

Chandler is a transgender YouTube personality and creator of the comic character Sonichu, which is a cross between Pikachu and Sonic

In May, Chandler shared a series of photos of her mother as a younger woman, writing in a caption: ‘Hi, Mom. Remember, everyone, regardless of situation, your Mom, Mother, or Motherly Figure had a life and past of her own back in the day before you came along. She has gone through a lot for not only you and yours, but herself as well.’

Chandler’s final public post came on July 30, when she tweeted in part: ‘There is drama in the air today. Each and every one of you all are encouraged to withdraw from any and all dramas, gossip, rumors, and whatever else will, and already has, approached your way today.’

The following day, the 39-year-old YouTube star was filmed by alt-right podcaster Ethan Ralph getting arrested by police at the Regency Inn in Richmond, Virginia.

‘I am compliant, I am good like this,’ a handcuffed Chandler is heard saying in the video, before adding that ‘everything is going to work out.’

This is not Chandler’s first run-in with the law. In October 2011, Chandler and her mother were arrested after Barbara hit a manager of a game center with her car, reported Insider.

In 2014, Chandler was arrested for pepper-spraying a worker at a GameStop store.