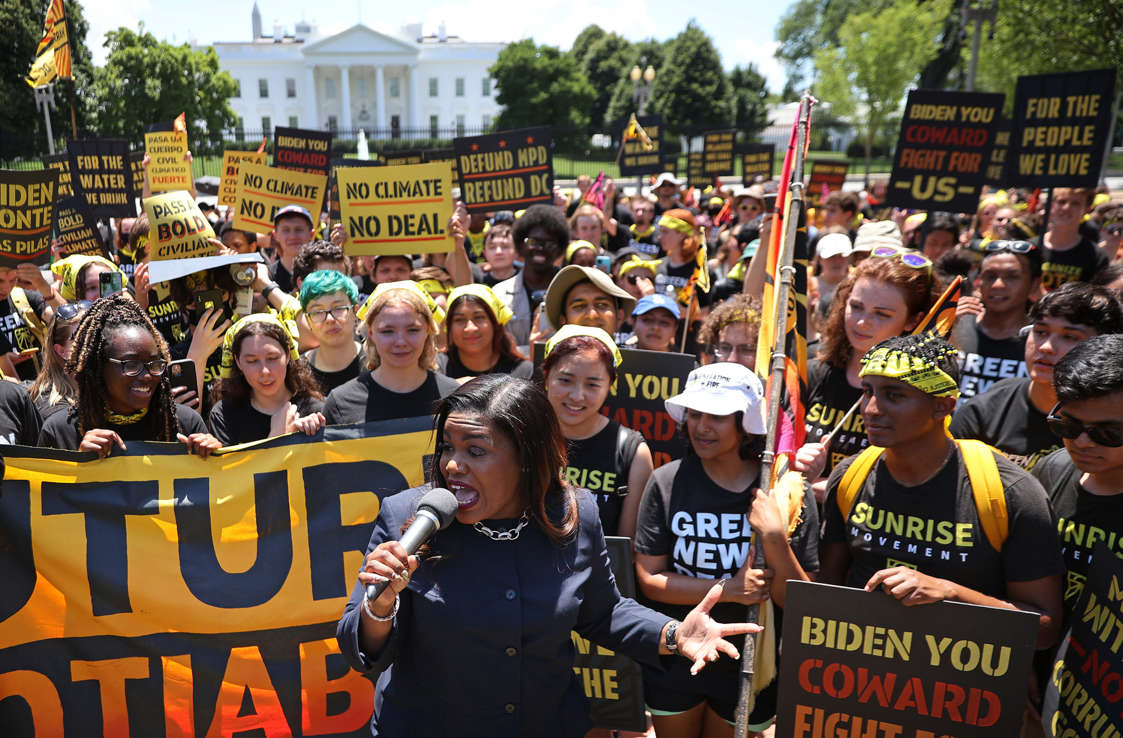 Representative Cori Bush, a Democrat, criticized members of her own party for breaking for a recess before moving to extend a federal moratorium on evictions.

“The eviction moratorium expires tonight at midnight. We could have extended it yesterday, but some Democrats went on vacation instead,” the Missouri congresswoman tweeted Saturday.

“We slept at the Capitol last night to ask them to come back and do their jobs. Today’s their last chance. We’re still here,” she added.

Democrats attempted on Friday to extend the ban on evictions, which has been in place as a protection for those who have been unable to pay rent during the coronavirus pandemic. But they ultimately failed to do so. The moratorium is slated to expire by the end of Saturday.

In a statement on Friday, Democratic leaders blamed House Republicans, who didn’t back a unanimous consent request to lengthen the moratorium.

“We are proud and pleased that, overwhelmingly, House Democrats have understood the hardship caused by rental evictions and support extending the eviction moratorium to October 18, 2021,” House Speaker Nancy Pelosi, Majority Leader Steny Hoyer and Majority Whip James Clyburn said in a joint statement on Friday.

“Unfortunately, not a single Republican would support this measure,” they added.

In a statement to Newsweek, Bush called on House leadership “to call us back into session to pass an extension immediately” and said the Senate should take up a bill to extend the moratorium while it’s still in session.

“I’m calling on President Biden and the CDC to use their authority and extend it immediately. My point is some way, some how, we must find a way to protect people from violent evictions. This is a public health crisis and we must exhaust every option to save lives.” Bush said.

Other Progressives have criticized the Democratic leaders for breaking before successfully lengthening the moratorium. In a video she originally posted to her Instagram account on Friday, standing next to Bush in front of the Capitol building, Representative Alexandria Ocasio-Cortez said an estimated seven million people are now at risk for eviction.

The Democrat from New York said that before lawmakers left on Friday, she and Bush started “literally running full clip to the House floor to try to demand a roll call vote on adjourning Congress.”

“To say ‘All right, if you want to leave you actually need to put your name against whether you wanted to leave wanted to stay. And so what they did was that there was a rush to adjourn before Cori and I could call the roll call vote,” Ocasio-Cortez said.

Fellow Progressive lawmakers, Reps. Ilhan Omar of Minnesota and Ayanna Pressley of Massachusetts, stayed at the Capitol with Bush on Friday night and into the morning on Saturday.

“We are here! So many people are at risk of homelessness in our district and many have already experienced it. We are out here for them,” Omar tweeted early Saturday morning.