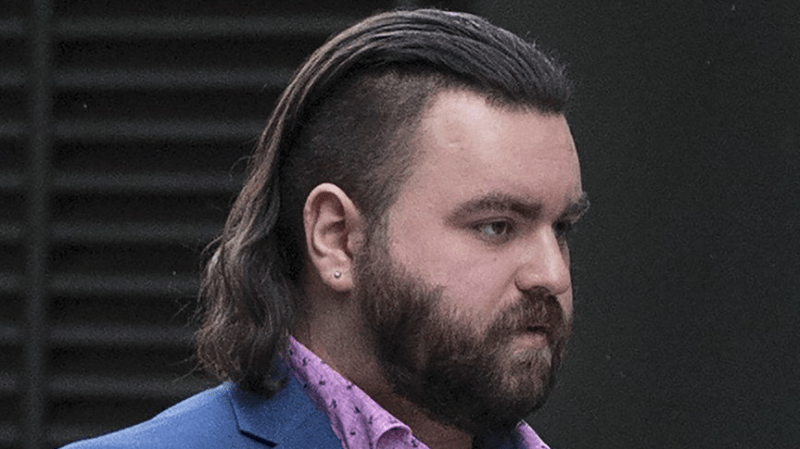 A neo-Nazi student who founded two terrorist groups has been sentenced to seven years in prison, the Evening Standard reports.

Andrew Dymock, who led System Resistance Network (SRN) and Sonnenkrieg Division, which promoted a right-wing extremist ideology, was found guilty on 15 charges by an Old Bailey jury on June 15.

“Thank you for killing me,” the 23-year-old oddly said after he was found guilty.

Twelve of those charges were related to terrorism offenses.

Using online platforms, Dymock raised funds for his organizations that “preached zero-tolerance” to non-whites, Jewish and Muslim communities and described homosexuality as a “disease.” The former Aberystwyth University in Wales student claimed he was set up by his ex-girlfriend, saying she attempted to recruit him to join National Action, another neo-Nazi organization.

“Its online campaign, comprising virulently racist, anti-Semitic and homophobic propaganda, sought to stir up a race war against ethnic minorities and others that it perceived as ‘race traitors.”

When authorities searched one of Dymock’s devices, they discovered a photo of a swastika cut into his ex-girlfriend’s buttock. In an interview in January 2019, he admitted to using his nail to scratch the symbol. Also on his computer, the authorities found extremist views beginning when he was 17, including a Google translation of the words, “Kill all of the Jews.”

Judge Mark Dennis QC said he believed Dymock was dangerous and posed a “significant risk of serious harm” to the public.

“It is clear you were a leader and not a follower,” the judge said according to BBC.

Dennis said that while Dymock was an “intelligent, well-read” person, he was also “wholly misguided.”

“Despite all the advantages of a good education and family upbringing you chose, at the age of 20, to take the path of dreadful bigotry, intolerance and hatred towards other members of our society solely on the basis of their race, creed or sexual orientation,” Dennis added.

Back in October 2017, Dymock wrote about the start of SRN on a right-wing webpage saying that the group was “focused on building a group of loyal men, true to the cause of National Socialism and establishing the Fascist state through revolution.”

Although the evidence — including books, flags, clothes and badges related to extremist views in his bedroom and at his school — was stacked against him, Dymock maintained his innocence.

“In fact, I am bisexual but lean towards being homosexual, in direct conflict with Nazism,” he told police.

He went as far as to say that the autobiography of Adolph Hitler and a book on Satanism that was found in his belongings was for research purposes.