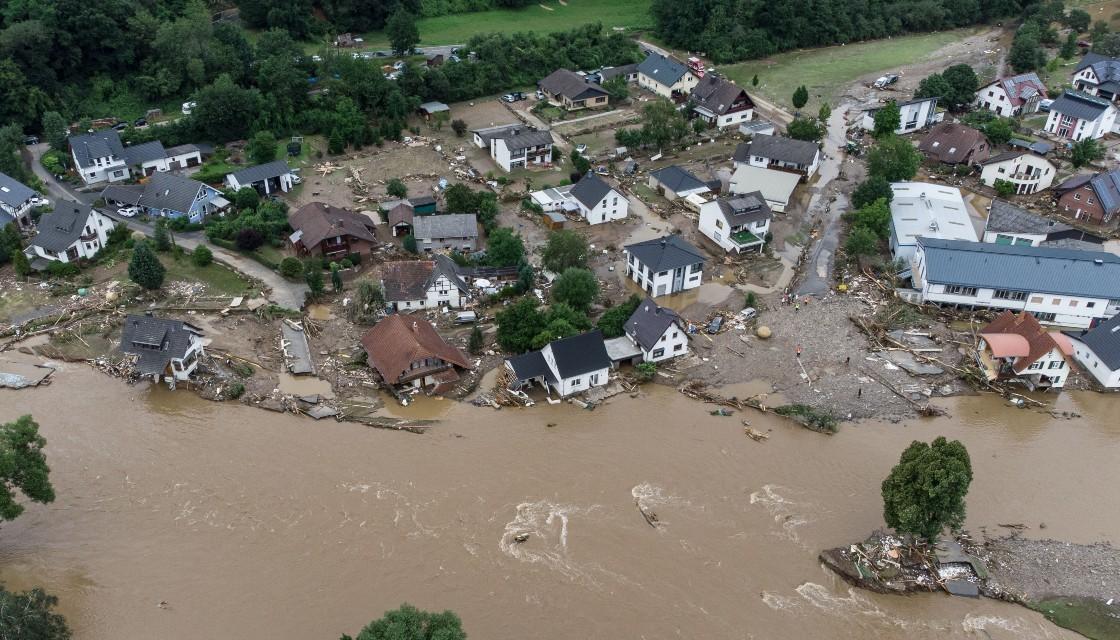 Western countries in Europe were hit with record rainfall that caused rivers to swell and triggered catastrophic flooding this week in Germany, Belgium, southern parts of the Netherlands and Switzerland.

As of Saturday, the waters started to recede and efforts are underway to clean up the leftover debris and potentially discover more bodies.

In Germany, 141 people have been reported dead, with 98 confirmed dead in Rhineland-Palatinate state and another 43 in the neighboring North Rhine Westphalia state. Many are still missing more than two days after massive flooding hit the region, the outlet reported.

© Sebastien Bozon/AFP via Getty Images Soldiers of the German armed forces Bundeswehr search for flood victims in submerged vehicles on the federal highway B265 in Erftstadt, western Germany, on July 17, 2021.

Many areas are still grappling without electricity or telephone service.

Belgian broadcaster RTBF reported that some 17,500 do not have power and approximately 30,000 households do not have access to drinking water as of Saturday morning in Belgium. About 3,500 homes have no gas and the lack of supply may last for several weeks.MORE: Catastrophic flooding across western Europe leaves over 100 dead, scores missing

The severe weather triggered widespread evacuations. Some 700 people were evacuated from part of the German town of Wassenberg after the breach of a dike on the Run River. Thousands of residents in several Dutch towns evacuated Thursday and Friday were allowed to return home Saturday morning.

Rescue workers launched a harrowing effort in Erftstadt on Friday after people got trapped when the ground gave way and their homes collapsed, according to The Associated Press. By Saturday morning no casualties in that incident had been confirmed, the outlet reported.

Caretaker Prime Minister of the Netherlands Mark Rutte visited impacted towns Friday and said the region had been through “three disasters.”MORE: PHOTOS: Catastrophic flooding across Europe

“First, there was corona, now these floods, and soon people will have to work on cleanup and recovery,” he said. “It is disaster after disaster after disaster. But we will not abandon Limburg,” the southern province hit by the floods. His government has declared the flooding a state of emergency, opening up national funds for those affected.

Rescue and recovery efforts are now underway to shore up dikes and protect roads, German and Belgian officials said.

In Germany, over 19,000 emergency forces are conducting rescue operations in the state of North Rhine Westphalia, according to the regional government. In the west state of Rhineland-Palatinate, police said they received reports of 618 people injured, DPA reported.MORE: Elsa hammers East Coast with heavy rain and wind: Latest forecast

Speaking alongside U.S. President Joe Biden on Thursday, German Chancellor Angela Merkel expressed shock over the scope of devastation from the flooding.

© Valentin Bianchi/AP A woman is carried through a flooded street in Angleur, Province of Liege, Belgium, July 16, 2021.

“I grieve for those who have lost their lives in this disaster,” Merkel said during a joint press conference at the White House in Washington, D.C. “I fear the full extent of this tragedy will only be seen in the coming days.”