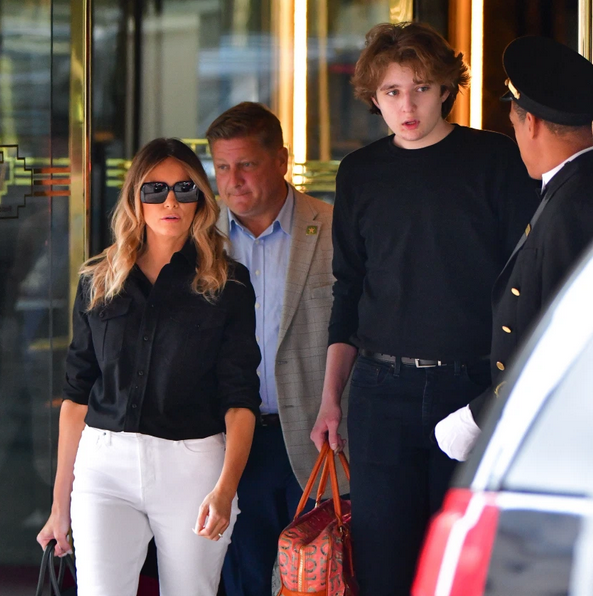 Barron Trump, 16, was spotted strolling out of his father’s Midtown Trump Tower skyscraper with his mother, former First Lady Melania, on Wednesday while they returned to New York.

The young son of the 45th president was distinctly taller than his former model mother, standing 5-foot-11 as they stepped out on Wednesday.

If Barron continues his growth spurt, he could soon be the tallest of the Trump kids.

So far, Eric claims that title at 6-foot-5-inches while Donald Jr is 6-foot-1, Ivanka is 5-foot-11-inches and Tiffany is 5-foot-8-inches, the International Business Times reported.

The Trump family arrived at their Fifth Avenue abode after the former president appeared at a Saturday rally in Sarasota, Florida, and flirted with a second presidential term telling attendees: “We are looking at the 2024 election, more than looking at it.”

Last year, the president declared that he fled the Empire State and had become a permanent resident of Palm Beach where his resort Mar-a-Lago – which was dubbed the “Winter White House” became his mainstay since leaving Washington in January.