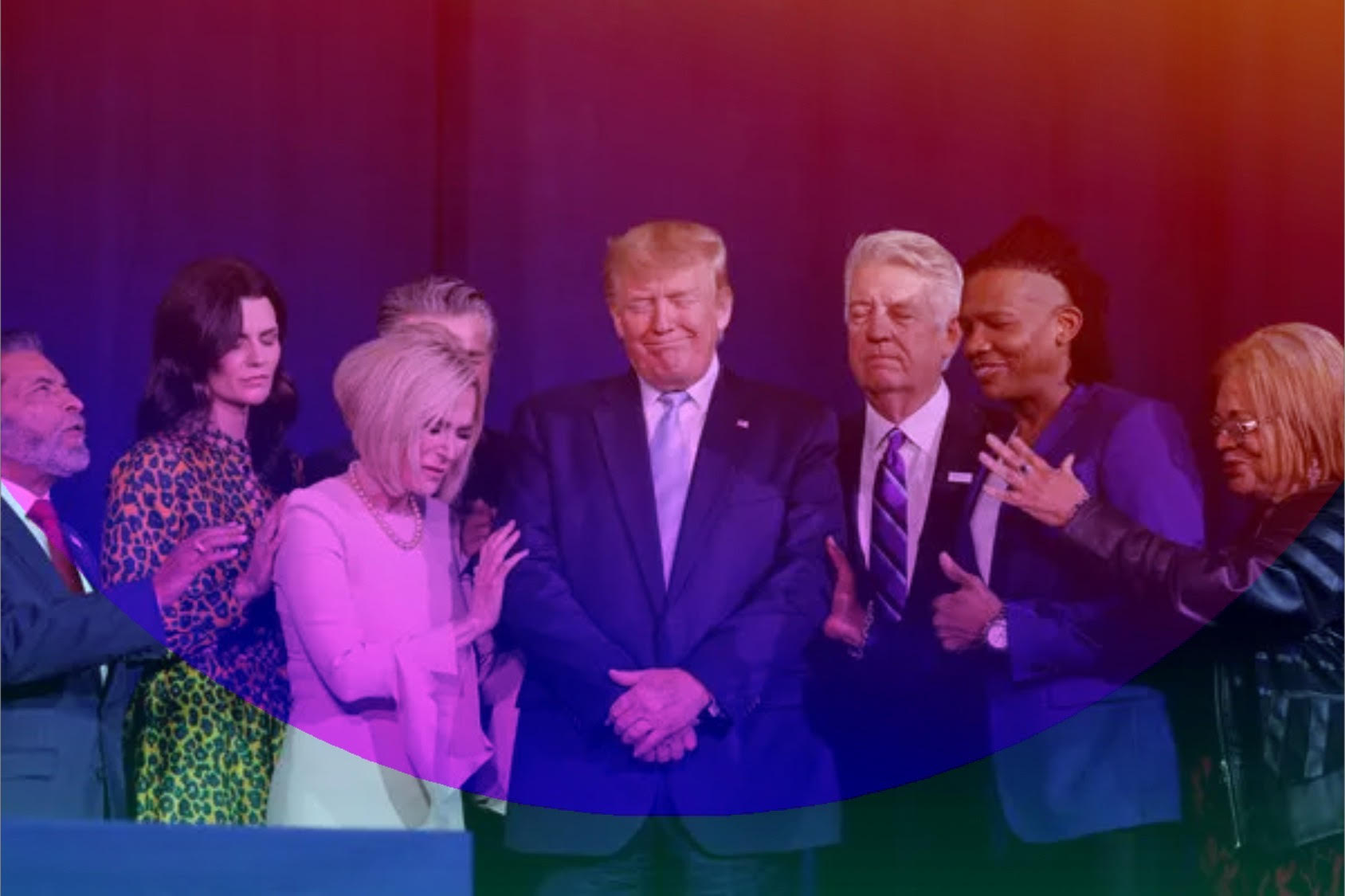 After claiming that evangelicals would in no way abandon him, former President Donald Trump is now accusing one of his most prized vote casting blocs of “disloyalty.”

In a Monday interview with Real America’s Voice, Trump called hesitance from evangelical leaders to endorse his campaign a “sign of disloyalty.” “Nobody has ever done more for right to life than Donald Trump,” he said, accusing leaders of the anti-abortion movement of not capitalizing on the overturning of Roe v. Wade to secure better results in the November midterm election.

President @realDonaldTrump calls out the “disloyalty” of evangelical leaders that haven’t yet given their support for his 2024 presidential campaign.

Trump’s worries regarding the security of his relationship with evangelical leaders and the anti-abortion movement have been festering for some time. As Rolling Stone previously reported, Trump — who had for years maintained that his appointment of conservative judges, pro-Israel foreign policy, and the end to a federal right to abortion would secure the undying loyalty of evangelical voters — was blindsided by the lack of enthusiasm following his announcement of his third presidential bid.

The silence, or in some cases outright criticism, from religious groups and anti-abortion advocates may have been spurred by Trump’s private panic over the end of Roe. Multiple sources told Rolling Stone in Junethat behind closed doors the former president was “shitting all over” the overturning of America’s abortion rights, and feared the fallout of such a decision would cost Republicans in the long run.

Trump’s less-than-fanatical enthusiasm for the end of Roe has had the most ideological members of the right tamping down their support for him. In November, anti-abortion advocate and founder of Live Action Lila Rose told Rolling Stone in Novemberthat pro-life voters “demand more than just lip service,” and that “the candidate who takes the boldest stance in defense of our nation’s most vulnerable should earn the pro-life vote.”

“We wanted Supreme Court justices to overturn Roe v. Wade,” Evans said. “We wanted his support of our biblical values.”

There’s reason to believe Trump himself shares this transactional view of electoral politics. With the expectation of challenges to his candidacy in the 2024 presidential primary, Trump is looking to cash in on his policy positions with voters. In December, he accused Jewish leaders of not expressing enough “loyalty” towards him after he received criticism for dining with Holocaust deniers Nick Fuentes and Kanye West at Mar-a-Lago. The former president touted his foreign policy regarding Israel as a virtual quid-pro-quo that should secure him the support of Jewish Americans. But it seems that across the board, Trump’s 2020 loss has been taken as permission by the religious right to explore their options.
“It sounds like a whole lot of people want to hedge their bets and say nice things about Trump, but not make the commitment unless he wins the nomination again,” Trump ally Pastor Darrell Scott previously told Rolling Stone.

One thought on “Donald Trump Goes After Evangelical Leaders”