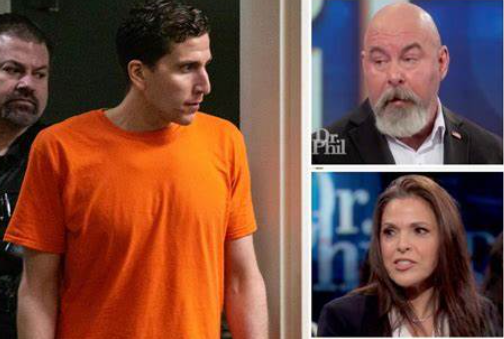 University of Idaho murder suspect Bryan Kohberger may have left behind a “calling card” to show he was at the scene of the grisly killings in Moscow, Idaho — and the brutality of the crime suggests that he possibly has killed before, according to experts.

In a “Dr. Phil” special on Friday, experts speculated that Kohberger, 28, purposefully left an empty knife sheath in the room where students Kaylee Goncalves and Madison Mogen were murdered on Nov. 13.

The lifelong best friends were stabbed to death in the early morning of Nov. 13 along with their roommate Xana Kernodle and her boyfriend Ethan Chapin.

Former FBI special agent Jonathan Gilliam said he thinks investigators will find the knife, because similar to Kohberger’s car, it was “part of his operational tools,” Fox News reported.

Trial attorney Mercedes Colwin agreed that they will eventually find the knife, and then suggested the sheath may have been left at the crime scene intentionally.

“It could be, I mean it’s almost as if – and we’ve seen this with other killers, it’s their calling card, ‘I got this,’” she said during the special.

“Especially if you think you’re smarter than everybody else, and he certainly – he had gloves, at least that’s what’s presumed, that he had gloves. He tried to cover himself, did something to dispose of the clothing, if he in fact is the killer, then of course, this is something that could have just been a calling card and left it there.”

The group of experts convened on the show then discussed the possibility that this is not Kohberger’s first murder, which would potentially make the Ph.D criminal justice student a serial killer.

Gilliam said he felt the murder suspect may have killed before, and in a similar fashion.

“I think he’s killed before most likely,” Gilliam said. “Not four people, but I think he’s probably stalked and potentially killed females before.”

Colwin added: “If he’s the killer, this viciousness, the brutality, and the butchering of these four individuals, I can’t imagine this is the first time, if he is indeed the killer.”

Forensics expert Joseph Scott added that while he thought it could be Kohberger’s first murder – he believes it certainly was not the first time Kohberger tried to get away with something wrong.

When asked if he thought it was Kohberger’s first murder, he responded, “Murder? Possibly. Bad act? No.”

Kohberger, a PhD student studying criminal justice at Washington State University – located about 10 miles from the University of Idaho – has been charged with four counts of first-degree murder and felony burglary in the gruesome quadruple homicide.

His arrest on Dec. 30 came following a seven-week nationwide manhunt that captivated America. A motive for the crimes or link between Kohberger and the victims has not yet been established.

A preliminary status hearing for Kohberger has been set for June 26.