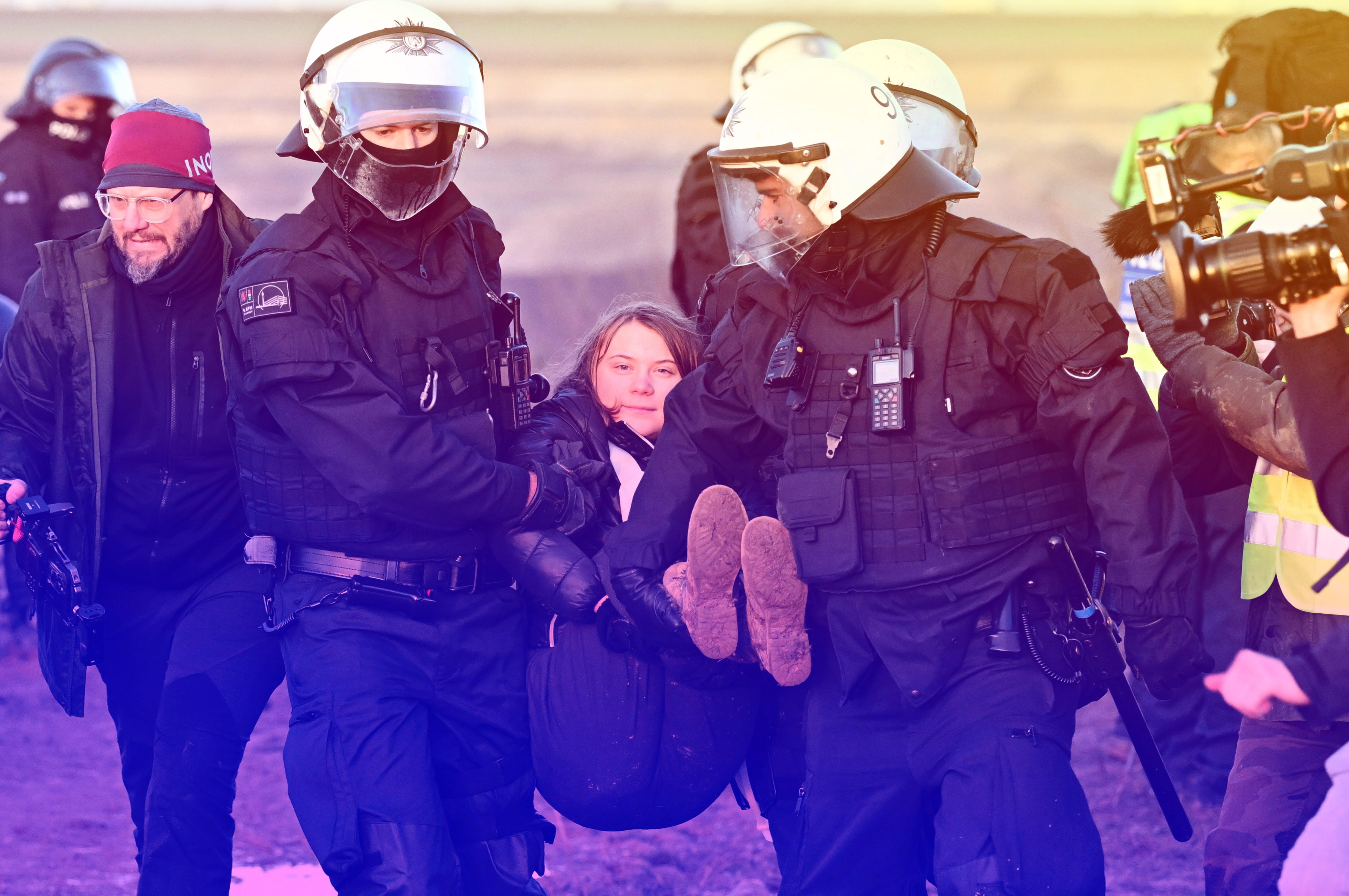 N-TV reports that Greta Thunberg has been detained by German police at a protest over the expansion of a coal mine in the west German village of Lützerath.

Thunberg joined thousands of other activists and protesters in weekend protests against the razing of the German village to expand RWE’s Garzweiler lignite coal mine.

Once the eviction is complete, RWE plans to build a 1.5-kilometer perimeter fence around the village, sealing off the village’s buildings, streets and sewers before they are demolished.

The expansion of the coal mine is significant for climate activists. They argue that continuing to burn coal for energy will increase planet-warming emissions and violate the Paris Climate Agreement’s ambition to limit global temperature rise to 1.5 degrees Celsius above pre-industrial levels. Lignite is the most polluting type of coal, which itself is the most polluting fossil fuel.

Thunberg tweeted on Friday that she was in Lützerath to protest the expansion, and asked others to join.

Clashes between the activists and police have been ongoing this month, and photos from the protests have shown police wearing riot gear to remove the demonstrators. Some of the protesters have been in Lützerath for more than two years, CNN has previously reported, occupying the homes abandoned by former residents after they were evicted to make way for the mine.

More than 1,000 police officers have been involved in the eviction operation. Most of the village’s buildings have now been cleared and replaced with excavating machines.

RWE and Germany’s Green party both reject the claim the mine expansion will increase overall emissions, saying European caps mean extra carbon emissions can be offset. But several climate reports have made clear the need to accelerate clean energy and transition away from fossil fuels. Recent studies also suggest that Germany may not even need the extra coal. An August report by international research platform Coal Transitions found that even if coal plants operate at very high capacity until the end of this decade, they already have more coal available than needed from existing supplies.