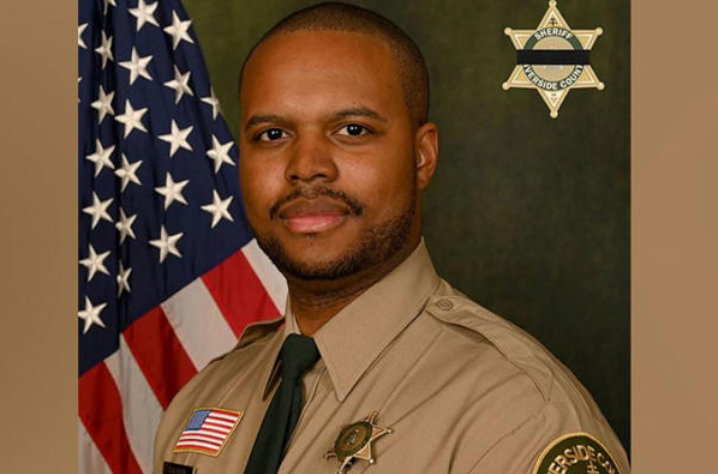 A sheriff’s deputy in Riverside County, California, has been gunned down in the line of duty, leaving behind his pregnant wife, just weeks after another deputy in his department was killed.

“Dispatch received a call of an unknown trouble — there was voices heard in the background. Sounded like there could possibly be a struggle and deputies responded to the scene,” the sheriff said. “Deputy Calhoun was the first to arrive. At this point, we are not completely sure of the circumstances surrounding the initial contact. The second deputy arriving found our deputy wounded in the street, and a gunfight between the suspect and that deputy ensued.”

The suspect was shot and has been hospitalized in critical condition, Bianco said.

Just two weeks ago, on Dec. 29, another Riverside County sheriff’s deputy, Isaiah Cordero, was shot and killed at a traffic stop, according to the department.

Before Cordero was killed, the Riverside County Sheriff’s Department hadn’t had a deputy murdered in the line of duty since 2003, the sheriff said.

“Nationwide, we’re confronting these situations with armed individuals, that, over what seemingly seem to be minor disagreements, are willing to engage law enforcement in life and death gun battles,” the sheriff said.

As the department mourns, the sheriff said, “We will get through it. We will hold our heads high. And we will come right back to work to answer another call for service that could put our lives in jeopardy again.”