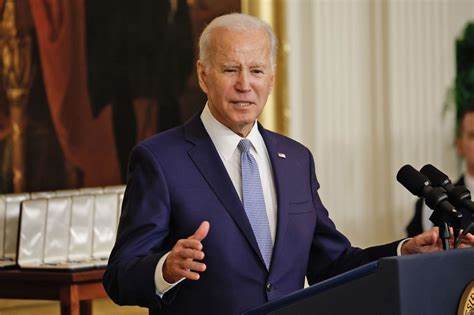 The Department of Justice is currently reviewing “a small number of documents with classified markings” from President Joe Biden’s days as vice president, which were found at his former Washington think tank in November, the president’s special counsel said Monday.

The cache of roughly 10 documents were found on Nov. 2 by Biden’s personal attorneys as they cleared out office space in the Penn Biden Center, attorney Richard Sauber said in a statement. He explained that the records were found in a “locked closet.” The National Archives took possession of the documents the next morning.

“Since that discovery, the President’s personal attorneys have cooperated with the Archives and the Department of Justice in a process to ensure that any Obama-Biden Administration records are appropriately in the possession of the Archives,” Sauber said.

CBS News first reported the existence of the documents. Their exact classification levels were unclear, although CNN reported that among the records found were several top-secret files with designated “sensitive compartmented information,” a label typically used for highly sensitive information obtained from intelligence sources.

Sources also told CBS the documents did not contain material on nuclear secrets.

After former President Barack Obama left office, Biden’s transition out of the vice presidency included a stint leading the Penn Biden Center for Diplomacy and Global Engagement, where he kept an office until launching his bid for the presidency in 2019. The institute operates independently of the Biden administration.

A person close to the matter told the Associated Press on Monday that the Justice Department was scrutinizing the documents, with Attorney General Merrick Garland tapping U.S. Attorney for the Northern District of Illinois John Lausch to lead a review.

Richard Sauber noted that the records were not the subject of any previous inquiry by the National Archives, in contrast with the trove of records seized at former President Donald Trump’s Florida estate by federal agents last August. The former president has fought tooth and nail with the Justice Department as it attempts to conduct an investigation into the roughly 100 documents with classified markings pulled out of Mar-a-Lago.

Biden previously slammed Trump’s decision to hoard the records as “totally irresponsible,” a comment spotlighted in a withering statement issued Monday by Rep. James Comer (R-KY), the chairman of the House Oversight Committee.

“Under the Biden Administration, the Department of Justice and National Archives have made compliance with the Presidential Records Act a top priority,” he said. “We expect the same treatment for President Biden, who has apparently inappropriately maintained classified documents in an insecure setting for several years.”

On Monday, Trump himself took to Truth Social to ask, “When is the FBI going to raid the many homes of Joe Biden, perhaps even the White House? These documents were definitely not declassified.”

Comer echoed the former president’s words in remarks to reporters, according to the AP. ““Is the White House going to be raided tonight? Are they going to raid the Bidens?” he asked, going on to suggest there was “a two-tier justice system” favoring Democrats and the current president over Trump and the Republicans.