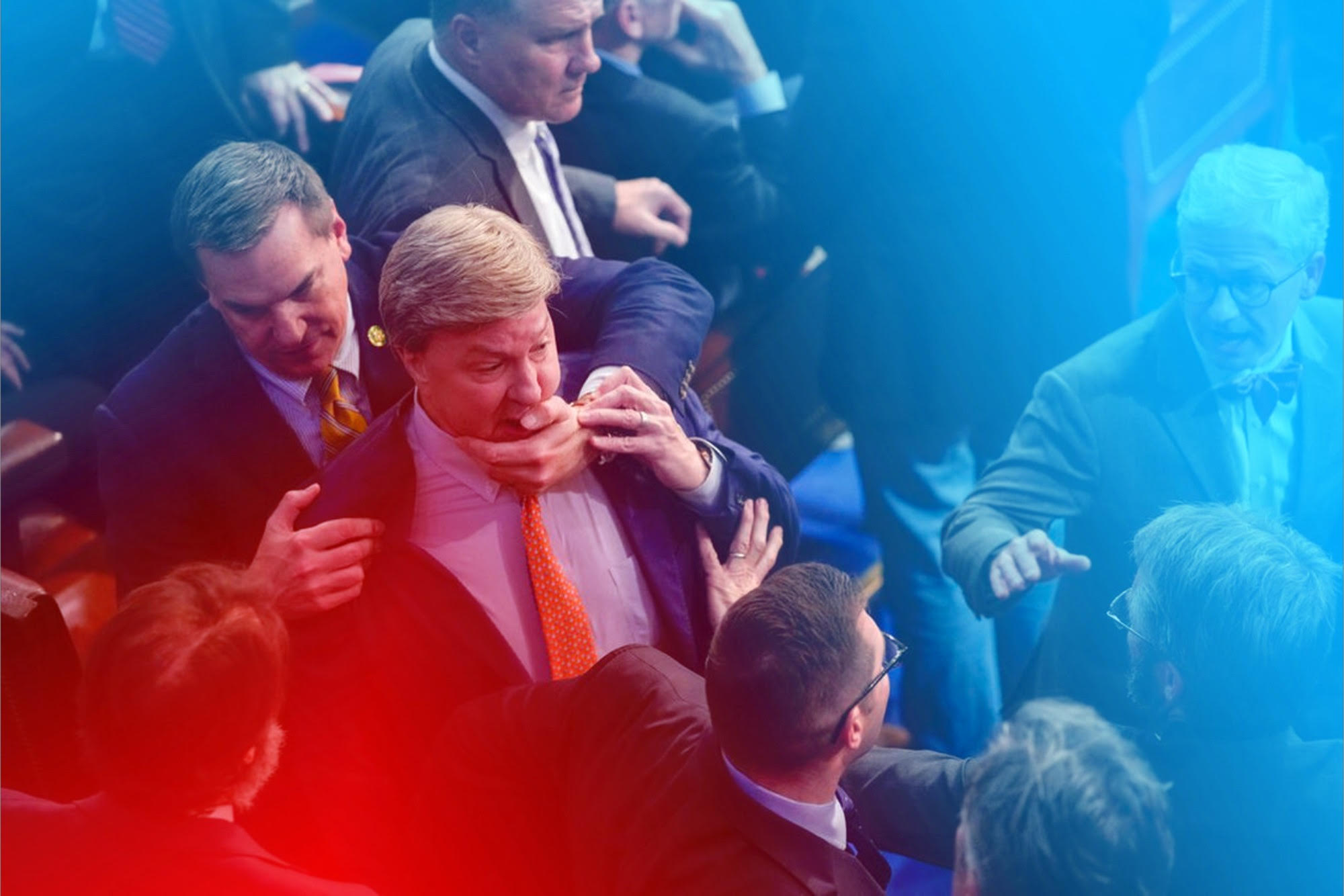 According to Republican Rep. Jim Jordan, America’s founding fathers would have been totally fine with the physical altercation that took place on the House floor last week among members of his party. During the 14th round of voting to elect a speaker late Thursday night, Rep. Richard Hudson restrained Rep. Mike Rogers when Rogers angrily confronted fellow GOP Rep. Matt Gaetz for refusing to support Rep. Kevin McCarthy’s bid to lead the Republican majority.

“Sometimes democracy is messy, but I would argue that’s how the founders intended it,” Jordan said on Sunday.

“I would argue that’s exactly how the founders intended it” — Jim Jordan on Fox News Sunday in response to a question about Republicans nearly coming to blows on the House floor pic.twitter.com/5p56KOIAfi— Aaron Rupar (@atrupar) January 8, 2023

“No secret that things got really ugly this week, and your critics say it is proof that Republicans are not about the norms, about the law and order,” Shannon Bream asked Jordan about the incident during an appearance on Fox News Sunday. “How do you convince Americans who watched this play out — including this moment it looks like it could turn into a physical altercation — that Republicans, your party, can now govern.”

“I mean, Shannon, you just heard from the report that Kevin McCarthy got the same number of votes Nancy Pelosi got last time [she was elected speaker],” Jordan said. “So sometimes democracy is messy, but I would argue that’s how the founders intended it. They wanted real debate, real input from all people, and then you get a decision, whether it’s one vote or 15 votes, Kevin McCarthy is speaker of the House.”

“What I do know is this: we will come together to deal with how radical the left has made the Democrat party,” he added.

Some Republicans have been doing their best to downplay the confrontation and assuage concerns that they will not be able to govern easily with such a slim majority. Rogers, who is expected to chair the House Armed Services Committee, called the incident “really a big nothing burger” in an interview with The New York Post on Saturday. When McCarthy was asked about what happened in the tense conversations between members around the 14th vote, McCarthy evaded the question. “Oh nothing,” he replied, per The New York Times. “I mean, we ended up with a tie.”

As for Gaetz, he said in an interview Sunday that Rogers “has my forgiveness” for his “animated moment.”

But at least one member of the party has offered a darker outlook. Rep. Tony Gonzales said Sunday that the rancor over the speakership is “only the beginning” of what promises to be “rough and rowdy” session of Congress.