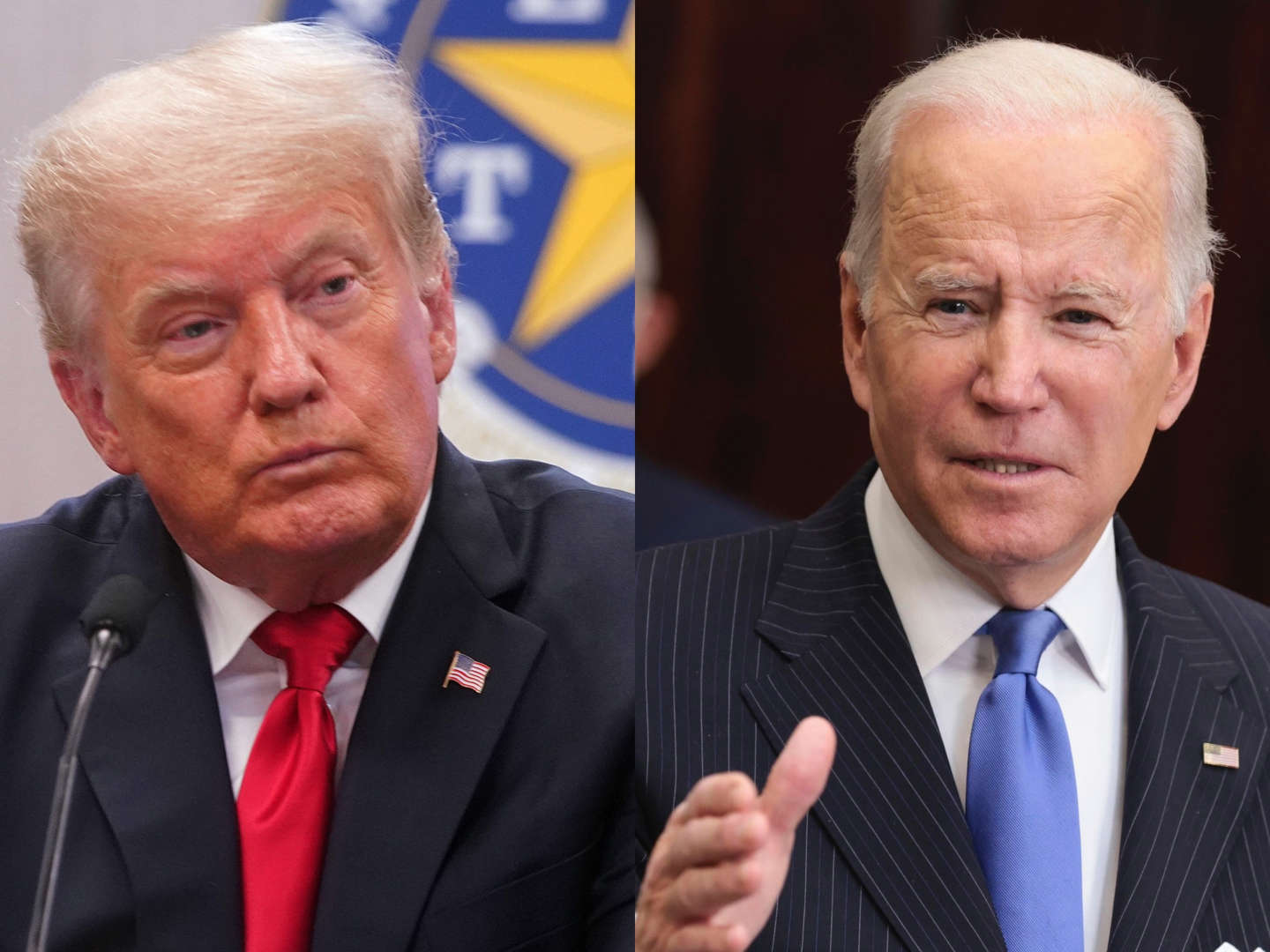 President Joe Biden was shocked by the graciousness of the private letter outgoing President Donald Trump left for him in the Oval Office – just two weeks after the deadly January 6 Capitol breach.

The current president has so far kept private the letter Trump wrote him, but called the lengthy note ‘gracious and generous…Shockingly gracious,’ according to Chris Whipple’s forthcoming book ‘The Fight of His Life.’

Trump had not attended Biden’s inauguration and just two weeks prior to Biden’s assumption of the presidency, the January 6 Capitol breach had occurred immediately following Trump’s fiery speech at the White House Ellipse.

Trump had also spent the months since the 2020 Election decrying Biden’s win as fraudulent.

Biden has not made any other public comments about the letter, but his former Press Secretary Jen Psaki revealed early this year that she was in the Oval office when the president first read the letter.

‘It was long, it was very long,’ she told actor Rob Lowe on his podcast.

‘He read it to himself,’ she shared, adding that ‘He didn’t even convey it to us in that moment of what the letter said, he kind of read the letter, consumed it himself.’

‘The script from where I could see was very lovely, but I don’t know what was in the letter,’ she noted.

It is a tradition among outgoing US heads of state to leave a letter in the Resolute Desk for their successor, regardless of lost elections, differing political viewpoints and animosity on the campaign trail.

At the time it became public that Trump had left a letter for Biden, the current president said he would refrain from speaking about the note unless he first discussed it with his predecessor.

Trump has likewise said it is up to Biden to reveal any details he cares to share from the letter.

But said he had ‘wished him luck and, you know, it was a couple of pages long and it was from the heart because I want to see him do well,’ said Trump.

The upcoming book by Chris Whipple, which has been sold as an inside look at the Biden White House and administration, may offer increased insight into the letter.

A pre-release hint was offered to readers of Politico’s West Wing Playbook on the subject.

‘Donald Trump followed a tradition carried out by several of his predecessors and wrote Biden a letter before leaving the Oval Office. Biden’s reaction? ‘That was very gracious and generous…Shockingly gracious.”

The book, titled ‘The Fight of His Life: Inside Joe Biden’s White House,’ will be released on January 17, 2023.

Other tidbits from the forthcoming book provided by West Wing Playbook writers Alex Thompson, Eli Stokols and Lauren Egan, include peaks into the book’s chapters devoted to Biden’s disastrous withdrawal of US troops from Afghanistan and a teaser about White House Chief of Staff Ron Klain.

Klain, who is known for his omnipresence on Twitter, sent Whipple an email hours into Midterm Election night, when it had become clear that Democrats would outperform red wave expectations.

‘Maybe we don’t suck as much as people though…Like maybe the nattering negatives who dumped to POLITICO were wrong!’ Klain fired off in a message to Whipple.

In describing the book to POLITICO, Whipple said it was ‘tough’ to produce because ‘this is the most battened-down, disciplined, leak-proof White House in modern times.’

The book boasts ‘remarkable access’ to Biden’s inner circle, including Klain, Secretary of State Antony Blinked and CIA Director William Burns. Though it has also been reported that Whipple agreed to quote approval from White House administrators.

Mediaite reports that Assistant White House Press Secretary Robyn Patterson said in response to the report, ‘We respect that there will be no shortage of books written about the administration containing a wide variety of claims.

‘The author did not give us a chance to verify the materials that are attributed here,’ she said.

The aftermath of the January 6 Capitol breach, when Trump supporters who believed the presidential Election had been stolen stormed the Capitol Complex, was something the Biden presidency was forced to confront during its first days.

Even now, nearly two years later, the United States House Select Committee Investigating January 6 only just this week wrapped its lengthy and highly publicized investigation into the goings on of the day.

The hearings covered each member of Trump’s inner circle’s whereabouts on January 6 and in what capacity, if any, Trump staffers and allies plotted the forceful showing that included significant violence and damage to the complex.

At least five people died during the riot.

On Monday, the committee ended its series of hearings with the criminal referral of the former president, his attorney and several others to the Justice Department.

Trials are currently underway in the capital for various members of far right groups the Proud Boys and the Oath Keepers, members of which are accused of conspiring to plot the hostile takeover of the Capitol building.