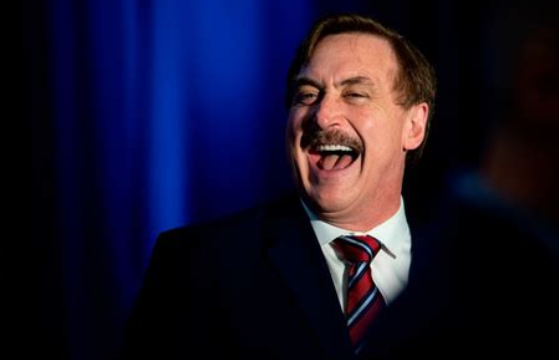 MyPillow CEO Mike Lindell has enjoyed the loyal support of MAGA world and conservative circles over the past two years as he’s pushed to overturn the 2020 election results.

But, in recent days, conservative pundits have begun turning on the pillow maven over a new conspiracy theory that involves auditing Republican Gov. Ron DeSantis’ 2022 victory in Florida.

Specifically, right-wing blowback against Lindell began emerging after he announced his plans to audit DeSantis’ victory in Miami-Dade County.

“I don’t believe it,” Lindell said on his Frank Speech website Tuesday evening regarding DeSantis’ ten-plus point triumph. “So it’s just going to show everybody— just like we always tell you about Democrats where they stole their elections…I’m going to find out if Dade County—what happened there.”

Like all of Lindell’s voter fraud claims that have come before, his latest, centered around a top Trump 2024 rival, lacks any merit. Since, Lindell has begun feeling the heat from his base.

“Everything down to the wording of this makes me think that Mike Lindell is a highly patriotic but extremely vulnerable man being used without his realizing it to discredit real election integrity efforts, which is evil and sad if correct,” conservative pundit and intellectual dark web thinker James Lindsay wrote.

“Lindell needs to go away,” former Newsmax TV host John Cardillo responded. “He’s being interviewed by a guy he funds, on his own network, spewing lunatic conspiracy theories. DeSantis did well in FL because he did an amazing job for FL. Lindell’s BS is pathetic, and he should stop listening to grifters using him for $$$.”

An editor at the conservative blog RedState took it a step further and mocked Lindell, writing, “I mean, DeSantis’ victory margins are just as insane as THIS AMAZING NEW DEAL ON MYPILLOW IF YOU GO TO MYPILLOW DOT COM AND…”

Late Wednesday evening, Lindell doubled down on “deviations” while vowing to push forward his Florida audit despite the right-wing pushback. “I don’t care,” he said, before saying his investigation could take upwards of two weeks to complete with “cast vote records.”

“I am investigating the machines,” he yelled at one point, “they don’t care if you are a Democrat or a Republican.”

In a lengthy phone interview with The Daily Beast on Wednesday night, Lindell seemingly backtracked—and doubled down on his audit at the very same time. He additionally declared that his investigation could reveal voting “deviations,” which could help “get rid of these electronic voting machines.”

If Lindell doesn’t find wrong-doing in Miami-Dade County, he said his team would be able to state that the “whole country is redder then red.”

“What we could find in Miami-Dade County is where they did not do any cheating at all,” he added—stating his investigation could become a blueprint to prove voter fraud in other states.

As for his newfound right-wing critics, Lindell claimed to The Daily Beast that the conservative pundits “must have ownership in Dominion [Voting Systems].” “I think they are all probably part owners in Dominion, or they hate our country,” he concluded.

While Lindell hasn’t gone out of his way to attack DeSantis in the past, he’s now quickly placed himself in such a category.

Similar to Trump’s own approach, informal Trump adviser Roger Stone has long attacked DeSantis—and on Wednesday ripped into the governor over his lack of loyalty to the former president.

“Ron DeSantis became governor solely because of Donald Trump. He was an unknown congressman,” Stone said on Real America’s Voice before stating that if DeSantis hadn’t gotten the former president’s endorsement, “he would be working at a Dairy Queen right now.”

While Trump has taken swings at DeSantis—at least one adviser has warned against the Republican Party infighting.