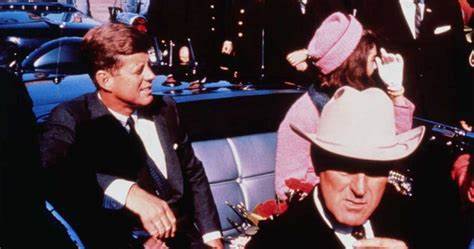 President Joe Biden on Thursday ordered the release of 12,789 previously-undisclosed documents relating to the November 1963 assassination of the 35th president of the United States, John F Kennedy, while allowing fewer than 4,000 remaining undisclosed documents to continue to be reviewed.

The documents were made public by the National Archives and Records Administration (Nara) shortly after Mr Biden issued a memorandum directing their release.

It will take weeks or months for experts to fully comb through the newly released reports, but researchers said they didn’t have any indications so far that the new documents contain evidence that would back up the widely held belief among Americans, confirmed by recent polling, that gunman Lee Harvey Oswald didn’t act alone when he shot JFK. “It’s not going to change the story,” Larry Sabato, author ofThe Kennedy Half Century: The Presidency, Assassination, and Lasting Legacy of John F. Kennedy, told CNN.

“The truth is not that Oswald was part of a conspiracy to kill Kennedy,” he continued. “The truth is that this assassination was preventable and could have been prevented and should have been prevented if the CIA and FBI were doing their jobs. Really, that’s it. Now that’s serious, but you’re not going to find the names of other conspirators in here.”

Some documents in the new release have piqued the interest of researchers keen to understand exactly what intelligence agencies knew of Oswald in the years they were aware of him in the runup to the assassination.

One document from 1962 captures the CIA making note of an article about Oswald’s failed defection to the Soviet Union, while another describes an “intercepted” phone call in Mexico City between Oswald and the Soviet embassy in Mexico, according to a Washington Post analysis.

As ever, researchers are far more interested in the thousands of documents that intelligence agencies are still refusing to release to the public nearly 60 years after the JFK assassination.

The files of a CIA agent name George Joannides have drawn particular interest.

Joannides served as a CIA liason to the congressional committee that investigated the assassination in the 1970s. It was only later disclosed that the agent led Miami-based spy operations with Cuban exile groups bent on overthrowing Fidel Castro at the same time as JFK was assassinated.

In 1963, Joannides helped guide the operations of a group called Directorio Revolucionario Estudiantil (Revolutionary Student Directorate) which came into contact with Oswald in Miami in the months just before the assassination in 1963.

Experts argue knowing more about Joannides will shed light on the CIA’s thinking about Oswald in the crucial moments leading up to JFK’s killing.

The Mary Ferrell Foundation, the largest non-government repository for JFK assassination records, has sued for the release of more documents about Joannides, as well as potenitally relevant documents that continue to be withheld surrounding the Watergate burglars, various CIA officers in Texas and Mexico, and memos between senior Washington leaders about reorganising the CIA after the failed Bay of Pigs invasion in Cuba.

The CIA has said it released all “substantive” records about Joannides.

Others argue the government has no reason to continue witholding the records.

Under Mr Biden’s predecessor, Donald Trump, Nara began readying significant portions of records from the JFK collection for release after Mr Trump announced on Twitter that he’d be allowing “the long blocked and classified JFK FILES to be opened”, though he allowed records to be withheld if agencies could show that disclosure would harm military operations. By 26 April 2018 (the deadline Mr Trump set for agencies to lobby for continued secrecy) only around 15,000 remained redacted, though the Covid-19 pandemic prevented the archives agency from fully implanting plans to declassify more.

Mr Biden continued the process of disclosing documents required to be released under Section 5 of the JFK Records Act, which states that declassification of assassination records can only be postponed to prevent “identifiable harm to military defence, intelligence operations, law enforcement, or conduct of foreign relations where the identifiable harm is of such gravity that it outweighs the public interest in disclosure”.

In a memorandum authorising further withholding of some remaining documents, Mr Biden said agencies had convinced him that there is still “identifiable harm” that could result from full disclosure at this time, and ordered the documents to be withheld until 30 June 2023.

He further ordered Nara and “relevant agencies” to “jointly review the remaining redactions in the records … with a view to maximising transparency and disclosing all information in records concerning the assassination, except when the strongest possible reasons counsel otherwise”.

Mr Biden also added that anything withheld past the June 2023 deadline would be “limited to the absolute minimum under the statutory standard”.

In a statement, the Archives said all documents required to be disclosed under Section 5 of the JFK Records Act have been released to the public “in their entirety or in part,” and noted that some documents remain secret because of rules governing the secrecy of grand jury proceedings.

“The National Archives and the Department of Justice are working together to determine whether information in five records withheld in full under court seal or for grand jury secrecy … the JFK Act can be released,” the agency said.

The White House said the release of the records has been a “commitment of the president”.