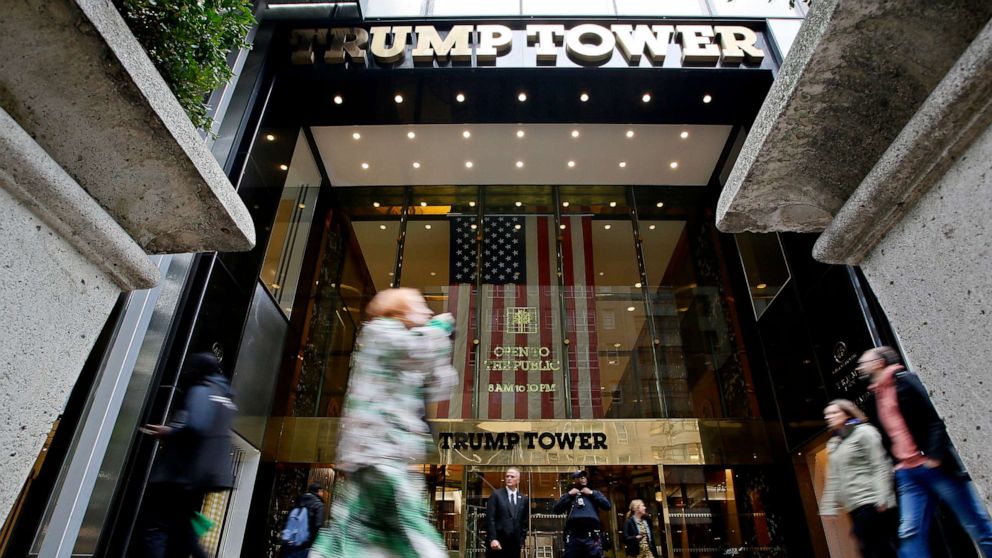 The jury found the two entities of the Trump Organization guilty as charged on all counts, including scheme to defraud, conspiracy, criminal tax fraud and falsifying business records.

The two entities — the Trump Corporation and the Trump Payroll Corporation — were accused of paying the personal expenses of some executives without reporting them as income, and for compensating them as independent contractors instead of full-time employees. Each entity was charged with scheme to defraud, conspiracy, criminal tax fraud and falsifying business records.

The felony convictions carry fines totaling up to $1.7 million. But collateral consequences of a conviction may be more significant to Trump, who is seeking a second term in the White House. Banks could call in loans and business partners could cancel contracts if their internal policies prevent them from doing business with felons.

The trial also revealed potentially embarrassing details about Trump, including that he reported nearly $1 billion in operating losses over a two-year period in 2009 and 2010, as well as losses each year for the decade between 2009 and 2018 — some of the same years Trump was touting his business acumen on reality television and as he was campaigning for president.

Prosecutors believed the Trump Organization was culpable because the conduct of CFO Allen Weisselberg benefitted the company and because his position as CFO meant he was entrusted to act on the company’s behalf.

Weisselberg, who testified as part of a plea deal, pleaded guilty in August to charges that he skirted taxes on nearly $2 million in company-provided perks that included the rent on his Manhattan apartment, the leases on cars for himself and his wife and tuition for his grandchildren.

“In Manhattan, we have one standard of justice for all,” Manhattan District Attorney Alvin Bragg told reporters after the verdict was read. “This was a case about lying and cheating and false documents to the end of evading taxes for the individuals and the corporations. They’ve now been held accountable in a court of law.”

A spokesperson for the Trump Organization told ABC News in a statement, “Mr. Weisselberg testified under oath that he ‘betrayed’ the trust the company had placed in him and that he, at all times, acted ‘solely’ for his ‘own personal gain’ and out of his ‘own personal greed’. The notion that a company could be held responsible for an employee’s actions, to benefit themselves, on their own personal tax returns is simply preposterous.”

Weisselberg testified at trial that he reduced his reported salary by the total amount of the personal expenses that the company covered, and that the company benefitted by paying less in payroll taxes. He also testified that his primary motive was greed.

“The prosecution’s case rests on one thing: trying to convince you, the jurors, that Mr. Weisselberg’s actions were done in behalf of the company,” Necheles told the jury during the trial. “They were not. They were done solely to benefit himself. And that is the critical issue in this case.”

Prosecutors, however, insisted that the Trump Organization benefitted from Weisselberg’s tax dodge.

“By far the most significant benefit … is that it allowed these companies to pay their top executives less than they otherwise would have,” prosecutor Josh Steinglass told jurors.

Although Trump himself was not a defendant, his name came up repeatedly during the trial, and the jury saw checks he signed and memos he endorsed. The former president has publicly denied any wrongdoing.

Defense attorneys asked witnesses roughly 60 times about Trump’s knowledge of the tax scheme that his company was charged with, as they sought to show that Trump was in the dark about the fraud being committed by his top executives. Defense attorney Michael van der Veen said in his closing statement Friday that jurors “heard no evidence in this case that Mr. Trump or any of his children were aware of anything improper.”

But prosecutors contended that Trump explicitly sanctioned tax fraud when he signed off on part of the scheme.

“This whole narrative that Donald Trump is blissfully ignorant is just not true,” assistant district attorney Josh Steinglass said during his closing statement.