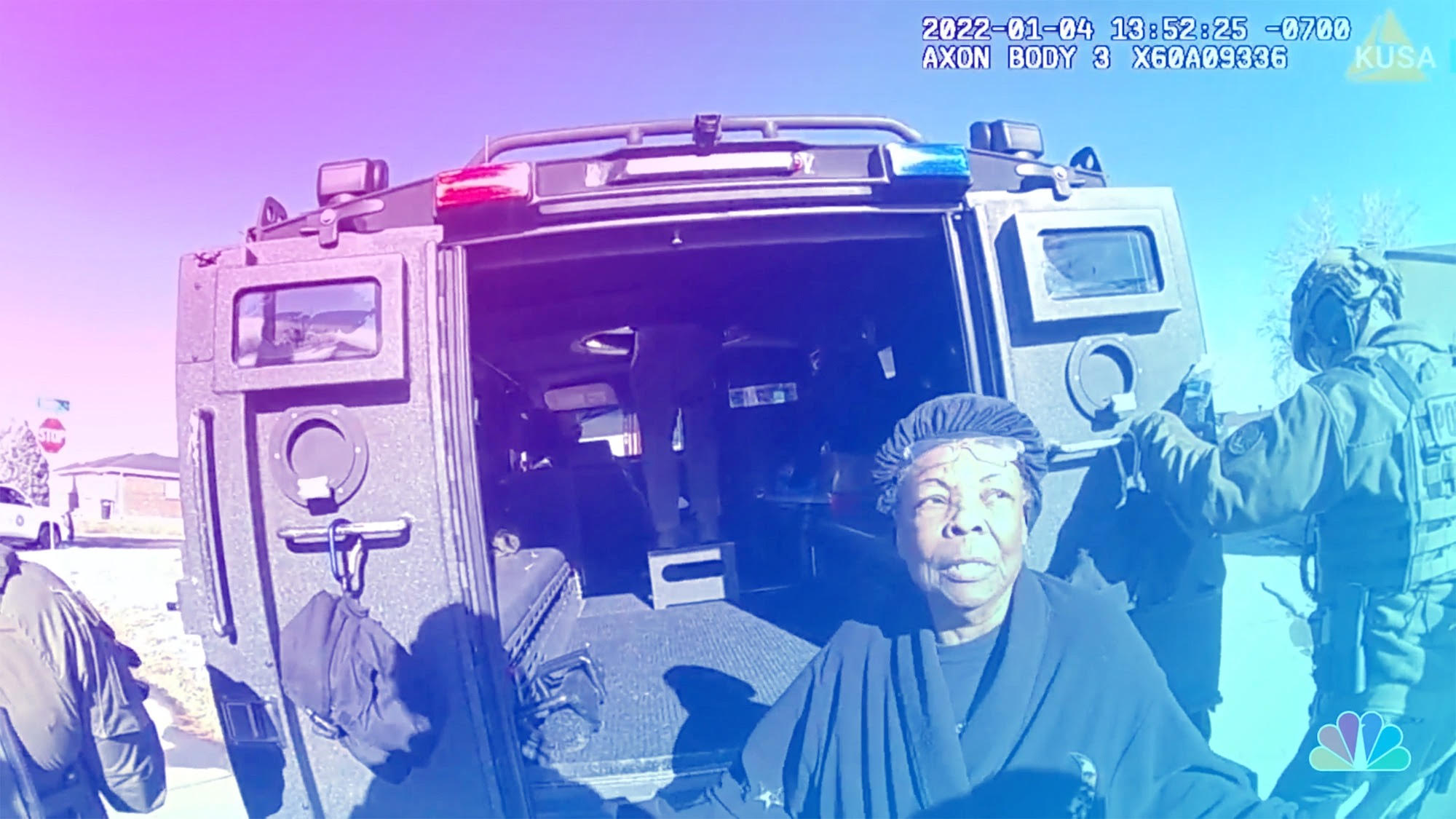 An elderly Colorado woman is suing a Denver police detective who ordered a SWAT raid on her house after it was falsely pinged by Apple’s “Find my” app as the location of several stolen items — including six firearms and an old iPhone — according to a lawsuit filed Wednesday.

The suit, filed in Denver District Court by lawyers with the American Civil Liberties Union of Colorado, alleges that Denver Police Department Detective Gary Staab illegally issued a warrant for the raid of the home of 77-year-old Ruby Johnson on Jan. 4, based on what the complaint characterizes as a “hastily prepared, bare-bones, misleading affidavit.”

The complaint specifies Johnson is suing Staab “in his individual capacity.” Johnson is seeking a jury trial and unspecified damages, according to the filing.

Staab could not immediately be reached.

The complaint contends that Staab’s affidavit violated Johnson’s right, afforded by the state constitution, to “be free of unreasonable searches and seizures.” The affidavit allegedly “lacked probable cause that evidence of crime could be found” at Johnson’s home, since it was based on an unverified and vague ping by Apple’s “Find My” app, which is used to track Apple devices.

Staab issued the search warrant the day after a white truck with a Texas license plate was allegedly stolen from the parking garage of a Denver Hyatt hotel, according to the truck’s owner, who was staying at the hotel. The owner told police that the truck contained six firearms — including a tactical military-style rifle — two drones, $4,000 cash and an old iPhone 11.

The next morning, according to the complaint, Staab interviewed the owner of the truck by phone, who said he had used the “Find My” app to search for his stolen belongings and that it had twice pinged Johnson’s address the day before. Staab then used that claim as the basis for the raid, according to a copy of the affidavit obtained by NBC affiliate KUSA of Denver.

The complaint alleges there were two main problems with that: first, Staab allegedly failed to attempt to independently corroborate the alleged location of the stolen items before carrying out the raid; and secondly, the “Find My” app is used to determine approximate locations and “is not intended as a law enforcement tool,” according to the complaint.

The area that was highlighted on the app as the possible location of the phone, for example, spanned at least six properties and four blocks, according to an image on the complaint that was also featured on the affidavit obtained by KUSA.

“Defendant Staab presented his false characterization of the screenshot’s meaning as an objective fact and omitted the particular facts and circumstances that contradicted it,” the complaint states.

A statement the Denver Police Department said the SWAT team was involved in the raid “due to allegations that six guns had been stolen and may have been located in Ms. Johnson’s home.”

The department’s Police Chief, Ron Thomas, has ordered an internal investigation in light of the incident, according to the statement, which added that the police department is also working with the district attorney’s office “to develop additional training for officers and assistant district attorneys related to seeking warrants based upon find my phone applications.”

“We hope to continue to work with Ms. Johnson’s family through her attorneys to resolve this matter without further litigation,” the statement added.

‘The house was left in disarray’

Johnson — who the filing describes as a “United States Postal Service worker and grandmother who lives alone in Denver’s Montbello neighborhood” — was “frightened and confused” when the SWAT team arrived in military gear, with tactical rifles and a police trained German Shepherd dog, and used a bullhorn to demand that anyone inside the home come out.

According to the filing, officers damaged Johnson’s home as they kept her sitting in a police car, even after she told them there was nothing stolen in the house. The complaint alleges they used a battering ram to “destroy’ the back garage door and door frame — even after Johnson gave them instructions about how to open the garage door.

Officers also “broke the head off one of Ms. Johnson’s prized collectable doll figurines that Ms. Johnson had cherished for nearly three decades as a gift from her youngest son,” the complaint states, adding that police also rifled through her belongings.

“The house was left in disarray,” even though the raid turned up none of the items police were looking for and no evidence of any connection to the crime, according to the complaint.

The episode caused Johnson “severe physical and emotional distress,” according to the complaint: “Ms. Johnson’s privacy, sense of safety, and peace in her home have been shattered since her house became the scene of a militarized criminal investigation.”

Following the raid, Johnson left her home — first, to spend a week with her daughter, who lives nearby, and then to stay with her son in Texas for several months — because she “could not bear to remain in her house,” according to the complaint. Since she has returned home, she remains afraid to answer the door and is considering moving away, according to the complaint.

“When I start thinking about it, tears start coming down,” Johnson told KUSA.

The filing claims that Staab “acknowledged to Ms. Johnson’s children the harm his DPD officers caused to Ms. Johnson’s well-being, home, and personal property,” but that he told them the police department wouldn’t pay for repairs from the search.

Neither Staab nor the police department apologized for the raid, according to the complaint.

The statement from the Denver Police Department states that both the department and the Department of Public Safety “sincerely apologize to Ms. Johnson for any negative impacts this situation may have had on her.”