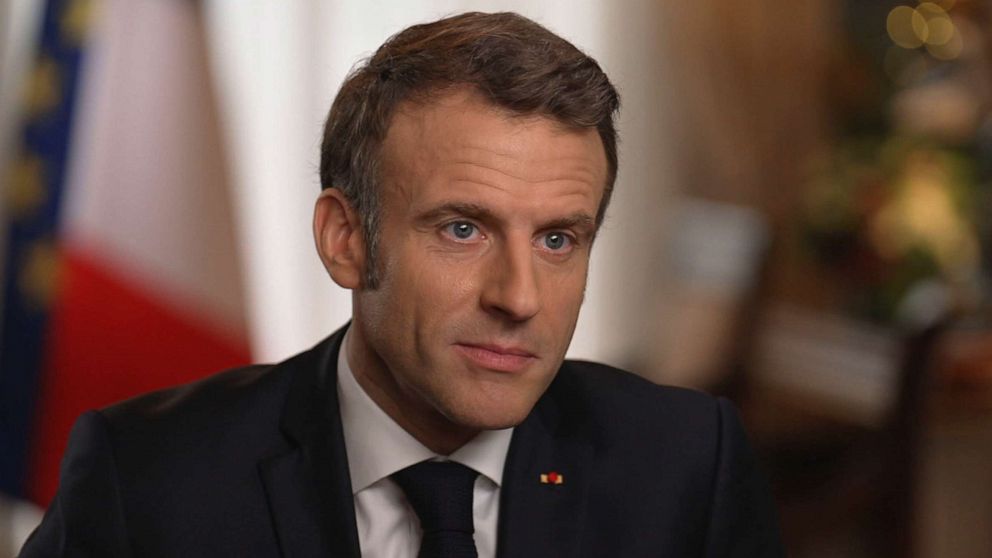 Macron spoke with Stephanopoulos ahead of meeting with President Joe Biden on Thursday for the first state dinner of Biden’s administration. In the interview, Macron talked about his visit to Washington and reinforcing France as the oldest ally of the U.S., especially during the war between Russia and Ukraine.

Stephanopoulos asked Macron about his vision for a “successful peace” in Ukraine, which Russia invaded in February.

The French president stressed that such peace would need to be “sustainable” and driven by the Ukrainians.

During Macron’s U.S. visit, he and Biden plan to address issues including economic ties between the two counties, challenges from China, Iran and the Middle East and aligning how to best support Ukraine against Russia, according to the White House.

“I think President Putin made a huge mistake by launching this war,” Macron told Stephanopoulos, mentioning the Minsk agreements made between Ukraine and Russia after 2014 in an effort to prevent war. Putin has since said he doesn’t recognize that deal.

“There was a political and diplomatic process with involvement of the international community. And he decided on his own, based on a fake narrative, saying NATO will use Ukraine to attack Russia, which is totally wrong,” Macron said.

“This is exactly the question,” Macron said. But still, he said he hopes Putin will be “rational” with a negotiated end to the war.

“[Putin] is in charge and he’s been in charge for quite a long time … He knows his people. I think he made mistake,” Macron said. “Is it impossible to come back [to] the table and negotiate something? I think it’s still possible.”