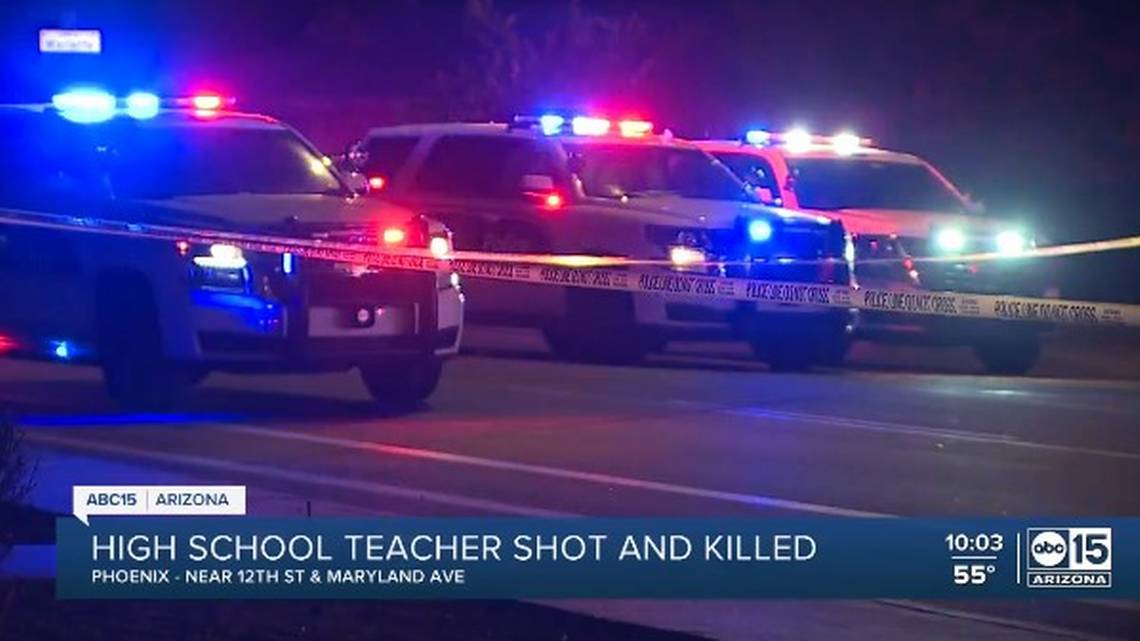 Jordan Barajas immediately knew something had happened when her dog returned to her Arizona home without her boyfriend, who had taken her for a walk.

“My dog was just standing there and the gate was open and she was without her harness and leash and I became immediately concerned,” Barajas told KPNX. “I saw there were lights flashing down the street and I started walking as fast as I could.”

Her boyfriend, 30-year-old David Denogean, had been shot and killed while walking their dog at about 6 p.m. Friday, Nov. 25, in Phoenix police told KNXV. The gunman fled and police do not know what happened.

Denogean was a guest teacher and track and field coach at Camelback High School in Phoenix, KPNX reported.

“David’s just a big teddy bear,” friend Chad Dunn told KNXV. “Any time I think about David, I just think about — always want a big hug and just the nicest man in the room.”

“The Phoenix Union and Camelback communities send our sincere condolences to the family of guest teacher and coach David Denogean,” the Phoenix Union High School District said in a statement to KSAZ. “We will provide the support our staff and students need during this time of loss.”

The family appealed for anyone with information to contact police or anonymous tip lines.

“Please help us. David didn’t deserve to go out this way. He was only 30 years old. He had his whole life ahead of him,” Judy Denogean, his mother, told KSAZ.