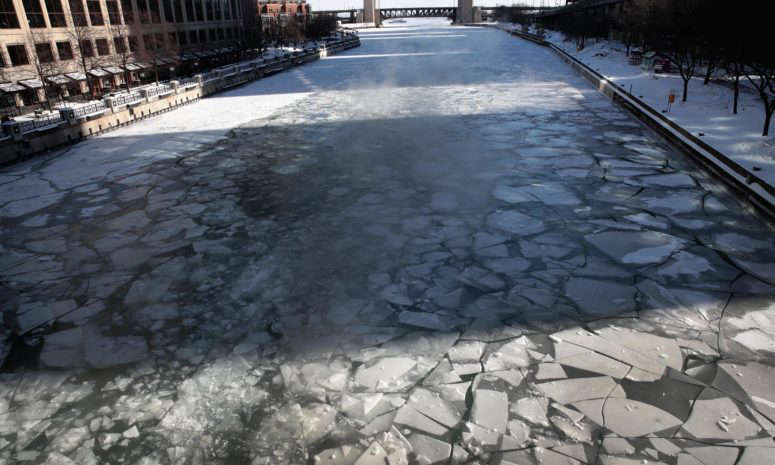 The city of Chicago has been known to experience some ridiculous weather from time-to-time. But one woman going for a run on the Windy City waterfront learned the hard way just how treacherous that weather can be.

CBS Chicago posted a video captured earlier today of several joggers, walkers and bikers getting caught up in some big waves along the waterfront. As the water started kicking up onto the concrete, several of them tried to run away from the oncoming waves.

Unfortunately, one woman couldn’t outrun the water. She got caught by the waves and tossed around, nearly getting pulled into the river before being helped up by another pedestrian.

The clip has gone viral with tons of people expressing concern for the runner’s safety. Some of them are stunned that there was anyone trying to exercise around the raging waves:

WIPE OUT on the lakefront.

Joggers, bikers and walkers are getting soaked by the big waves in Chicago today. @cbschicago pic.twitter.com/kGhjKWRXMg

“Hopefully she’s ok and people stay away from there until the waves [calm] down,” one Twitter user replied.

“Lake Michigan is not playing,” replied another.

“She’s lucky it was not very tall,” another person replied.

“Here she is trying to jog and be healthy and the lake wants to play slip and slide.”

Hopefully that runner is okay and didn’t sustain any injuries in the fall. But by that same token, they definitely should have known better than to go running along the water like that.

The post Look: Video Of Woman Running In Chicago Is Going Viral appeared first on The Spun.