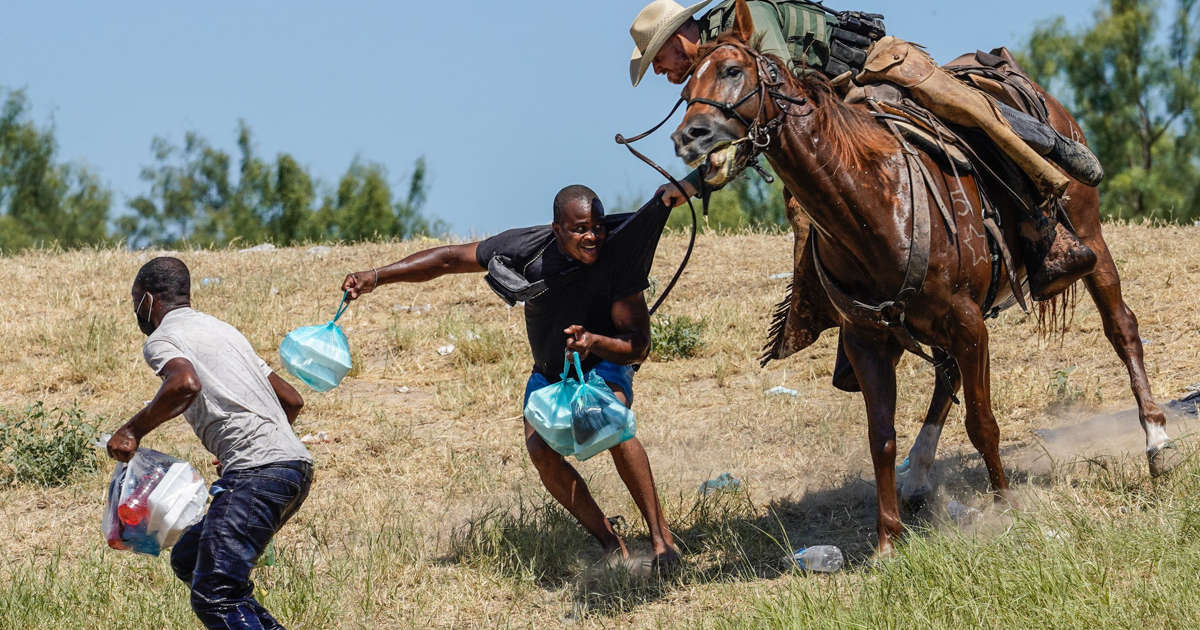 “I’ve seen some of the footage, I don’t have the full context. I can’t imagine what context would make that appropriate, but I don’t have additional details, and certainly, … I don’t think anyone seeing that footage would think it was acceptable or appropriate,” Psaki said told reporters.

CBP agents charged migrants carrying only food and water and the clothes on their backs as they tried to scramble onto the U.S. side of the river.

“Let’s go! Get out now! Back to Mexico!” agents shouted. One man stumbled and fell as he tried to dodge an agent’s whip.

When pressed on whether border patrol agents should be fired or allowed to do it again, Psaki said: “Of course they should never be able to do it again, I don’t know what the circumstances would be, it’s obviously horrific, the footage, I don’t have any more information on it so let me venture to do that and we’ll see if there’s more to convey.”

A camp of over 10,000 migrants who crossed the Rio Grande at a low point between Ciudad Acuña, Mexico and Del Rio, Texas, have been waiting beneath the international bridge in Del Rio to open an asylum claim. U.S. and Mexican officials warned Sunday that those in the camp would be deported back to Haiti.

Horace G. Campbell, professor of African American Studies and Political Science at the Maxwell School at Syracuse University called the expulsion of Haitians “inhumane” and “criminal.”

“The economic conditions in Haiti since 2010 have been unspeakable,” said Campbell. “And what the United States government is doing is unspeakable given the crisis in Haiti …. as one person said, it amounts to something being criminal.”

Homeland Security Secretary Alejandro Mayorkas told reporters Monday that CBP is coordinating with Immigration and Customs Enforcement and the U.S. Coast Guard to move migrants to other processing locations for removal. The agency has moved approximately 3,500 migrants “over the last few days and 3,000 today,” he said.

“We are in the midst of a pandemic and a critical migration challenge,”  Mayorkas said. “We continue to exercise the Centers for Disease Control (and Prevention’s) title 42 authority.”

Title 42 allows CBP to expel undocumented migrants to prevent the spread of COVID-19. It is “not an immigration authority, but a public health authority,” Mayorkas said.

Campbell vehemently disagreed with the deportation of Haitian migrants.

“This is just perpetuating white racist stigma against the people of Haiti. And these people did not come from Haiti,” said Campbell.